Alex Volkanovski produced a masterful display to defeat American Max Holloway in Las Vegas on the weekend as he became the new UFC featherweight champion.

Holloway, who many pundits believe is the best featherweight of all time, was tactically outfought by Volkanovski, who artfully executed his game plan, which was drawn up by the team at City Kickboxing in Auckland. He won the bout by unanimous decision over five engaging rounds as the Australian dominated significant strikes 172-103.

Volkanovski, who grew up in Shellharbour on the South Coast of New South Wales embraced the underdog tag as many experts did not give him a chance against the Hawaiian Holloway. The 31-year-old Volkanovski used these doubts as motivation for the fight.

“There were a lot of doubters, I looked at a pros’ picks and not one of them picked me,” he said. 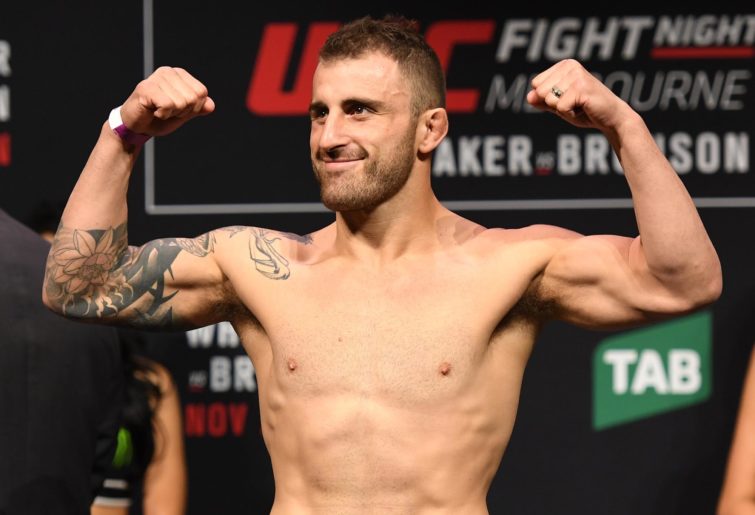 The win capped an 18th straight victory for Volkanovski as the former concreter from Shellharbour won his most significant fight during a victorious stretch that has included wins over Jose Aldo and Chad Mendes. Volkanovski became the second Australian UFC champion after New Zealand-born Robert Whittaker held the middleweight title before being defeated by Israel Adesanya in October.

Volkanovski’s UFC journey has seen him take the leap from a promising rugby league player into the intensity of the UFC ring. As a young man Volkanovski dreamt of playing in the NRL and with the Warilla Gorillas won the New South Wales Country Group 7 in 2011. Volkanovski was named the best player and won the Mick Cronin award as a potential rugby league career began to take shape, surprisingly though Volkanovski decided to leave his rugby league dream to compete in MMA.

This decision was met with some trepidation, especially by one of his biggest supporters in his dad, Tony.

“He was playing rugby league, then when he decided to start fighting I didn’t like it because of how dangerous the sport is,” his dad admitted.

Alexander ‘The Great’ Volkanovski was determined though to follow his new dream and fulfil his goal of representing his family and country in the UFC.

Volkanovski began his UFC pursuit with a handful of amateur fights before fulfilling his dream by defeating Yusuke Kasuya, marking his promotional debut. The rest is now history, but the inner belief and drive that led Volkanovski to the dizzying heights of a UFC champion.

The talk now is a potential rematch between Volkanovski and Holloway, with Australia suggested as a potential stage. UFC President Dana White says it would make sense for the fight to take place Down Under.

“Australia has become a massive market for us, and now that super talented people are coming out of that area its even better,” he said.

Volkanovski remains undaunted by the prospect of rematch.

“He might think he might figure me out again, but I’m just too powerful – he goes one way and I go another,” he said.

In the meantime Volkanovski will bask in the knowledge he is the undisputed UFC featherweight champion.