Moving on from the second instalment, which covered No. 5 on the list, and my first article, which featured players ranked tenth to sixth, let’s look at No. 4 in more detail.

I’ll preface this part of the list by saying I was very tempted to place Luis Suarez higher than fourth. My reason is simple: the Liverpool team that he spearheaded into Premier League contention in 2014 had absolutely no right to. 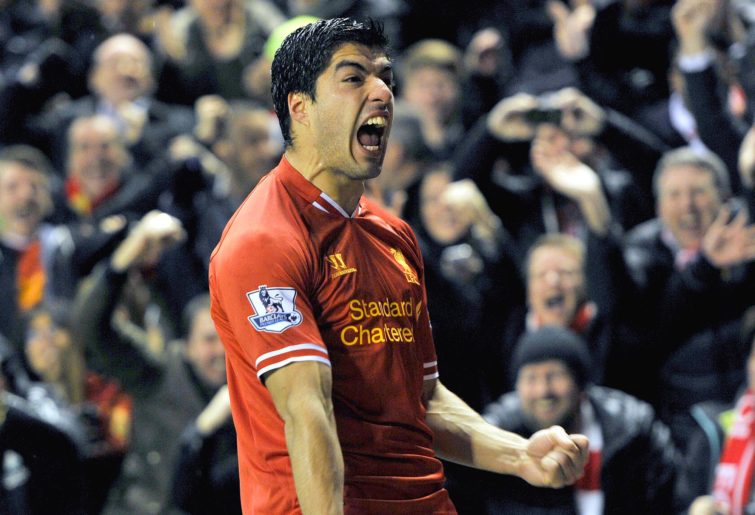 His repeated wizardry on the pitch brought Liverpool to the brink of breaking their Premier League duck, all despite the fact they conceded 50 league goals. That’s basically the same as asking the current Arsenal side to go and win the league equipped with their diabolical backline.

Moving on, the reason I’ve left Suarez at No. 4 is to respect and acknowledge the silverware that has followed in recent memory. Furthermore, the individual contributions of those I’ve placed ahead of him are comparable even without the bonus of trophies to support the claims.

Luis Suarez joined Liverpool during a period of uncertainty. There was no telling how the club would handle the loss of star striker Fernando Torres, while Kenny Dalglish’s appointment as manager was a stopgap to prevent further descent down the slippery slope the club headed during the forgetful reign of Roy Hodgson.

His reputation certainly preceded him. There’s probably still pictures of the Uruguayan hanging over dartboards in Ghana following his goalkeeping display at the 2010 World Cup.

That infamous red card in South Africa was a preview of the rollercoaster of emotions that Liverpool fans were about to embark on as he headed to Anfield on 31 January 2011.

The Uruguayan was a prolific machine at Ajax, scoring 111 goals in 158 appearances. His abilities were already recognised on the international stage with Uruguay, forming a deadly alliance with Diego Forlan at the 2010 World Cup.

His first half-season with the club returned just four goals from 13 appearances, while his first full season was relatively disappointing, managing 17 strikes in 39 outings.

Though Suarez’s goalscoring hadn’t really kicked off, there were several signs of a top-class striker waiting to burst onto the scene. An April 2012 hat-trick against Norwich City tantalised Reds fans, while the Canaries probably still have nightmares of the pain he inflicted on multiple outings. 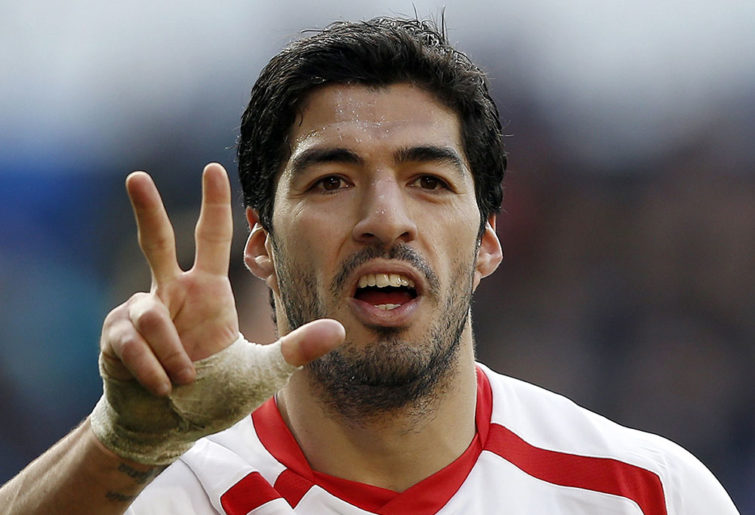 To paraphrase the words of the great Ned Zelic, “The ingredients were there”.

What Luis Suarez cooked up in his last two seasons in England solidified his status as one of the all-time great Liverpool strikers: scoring 61 times in 81 appearances, winning the Premier League player of the season award and sharing the UEFA golden shoe with Cristiano Ronaldo.

What separates Luis Suarez from the proceeding three players to pip him into the top three Liverpool signings of the decade is this: he didn’t have a colossal defence behind him nor a menacing midfield which could both operate at breakneck speeds and provide quality in the final third. And he most certainly didn’t have an abundance of top-tier forwards surrounding him, at least not up to the standards and consistency that we see from Liverpool today.

Even still, 2013-14 happened. I know, they fell short. Or even more painfully, they slipped.

It hurts. Maybe less now, but the memories are enough to pick at an old wound which might not ever heal completely.

Luis Suarez’s performances in 2013-14 were paramount to Liverpool’s title challenge. He inspired belief in a supporter base that hadn’t lost it but certainly had more reasons to doubt than to believe.

In closing, it’d be entirely egregious of me to give an opinion about Luis Suarez without addressing how divisive his spell at the club really was. From biting players for club and country to the racial abuse of Patrice Evra, it wasn’t easy defending the inexcusable.

Well, maybe for Liverpool it was. Wrongly so, I might add, regarding how they handled the Patrice Evra situation.

With a catalogue of indiscretions to analyse, it’s not hard to see why Liverpool fans don’t tend to look back on Luis Suarez’s time with the club through the haze of nostalgia. But that was the duality of Luis Suarez – we had no choice but to take the bad with the good and accept that without the madness perhaps genius wouldn’t have been.