The long-serving Scotland captain and Clermont Auvergne halfback, 34, has led Scotland 39 times, more than any other player, and won 76 caps.

He is second on the all-time points list for the country with 714.

“To say I will never again stand in the tunnel, filled with nerves, alongside my rugby family and lead my teammates out on to the pitch at Murrayfield, is incredibly hard,” Laidlaw said in a statement.

“While my body and heart could continue playing, my head tells me that it’s time to let the team rebuild.

“In terms of where Scotland is now, they are in a position to spring forward and I cannot wait to give them my full support from the stands.”

Laidlaw follows winger Tommy Seymour and former captain John Barclay in retiring after the Rugby World Cup in Japan, where Scotland crashed out at the pool stage. 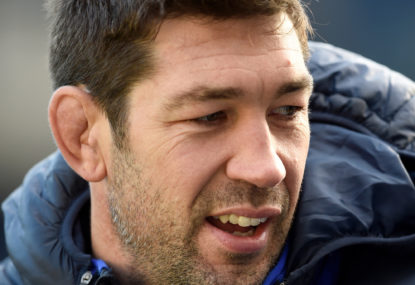 Scottish flyhalves Finn Russell and Gregor Townsend are almost the same size: six-footers who play(ed) at about 93 kilograms. 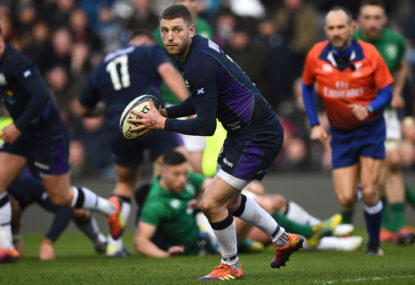 Japan have produced a scintillating display of attacking rugby before holding back a spirited Scottish fightback to triumph 28-21 to reach the Rugby World Cup quarter-finals for the first time.