The All Blacks and Crusaders legend bent and twisted the game’s laws. Sir Richie played right on the edge of the rules, and if you’re an Australian who endured such a long period of Bledisloe heartache while he was Kiwi captain, you would argue he pulled the wool over the eyes of a few refs along the way.

That should never detract from the tough and brilliant No.7 that McCaw was, and even the most one-eyed Wallabies fan would concede this. 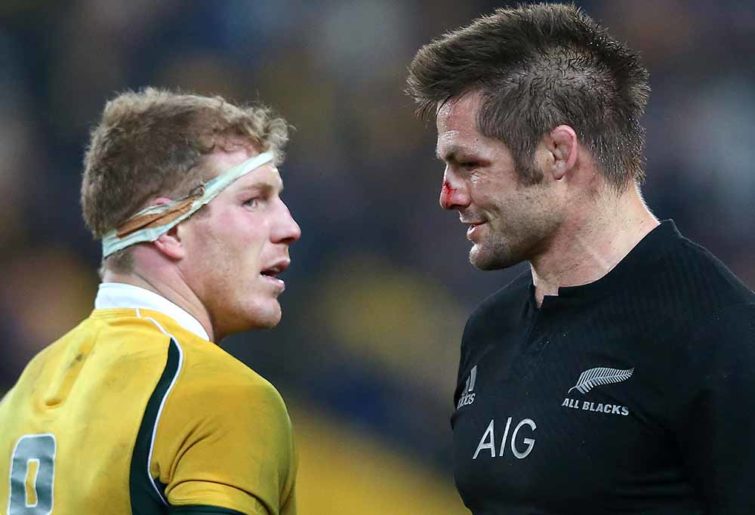 So what did the retired Richie have to say when asked by World Rugby what he’d like to see changed in the rules?

“One of the things I get a bit frustrated by is the way a scrum can eat up a lot of time in the game,” he said.

“If I was going to change something it would be to stop the clock when awarding a scrum and it starts again when the ball comes in. You’d get quite a bit more rugby.”

It’s not revolutionary in its thinking. The angst with time-sucking scrums in rugby has been bubbling away for a while. Fans are over the packing and re-racking of scrums that often strip away three and even close to four minutes of precious game time.

Some will cry out that the scrum needs to remain a contest. Agreed. The different body shapes and strengths that rugby demands has been one of its great appeals and remains crucial to its future. What needs to be addressed is the drag on game time that scrums have become.

And the solution is simple: just stop the clock from when the whistle is blown for a scrum and time goes back on when the referee calls ‘crouch’ before the engagement of the two forward packs.

Leading into the World Cup final last month, Fox Sports replayed the 1991 decider between England and Australia at Twickenham.

One thing that stood out was the speed at which both sides packed scrums. When Welsh referee Derek Bevan blew his whistle for a scrum, there wasn’t much mucking around. Brian Moore, Mickey Skinner, Paul Ackford, Wade Dooley, Peter Winterbottom and the rest of the English pack were quick to form and pack down against Tony Daly, Phil Kearns, Ewen McKenzie, Rod McCall, John Eales, Willie Ofahengaue, Simon Poidevin and Troy Coker. 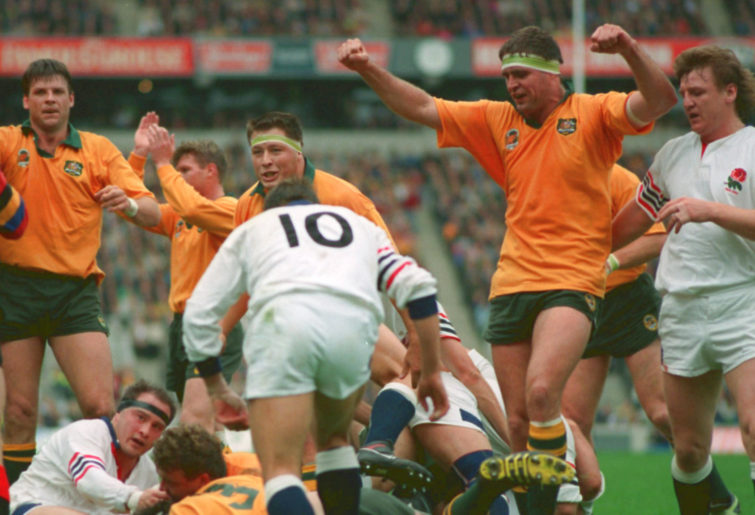 Not that ball-in-play time was optimal at the 1991 tournament. Statistics have shown that on average, the ball was in play for 24 minutes and 48 seconds during matches, or 31 per cent of the 80-minute match. That number rose at subsequent World Cups until 2011 when it was at 35 minutes and 25 seconds, or 44 per cent.

There was a drop in 2015 and this year’s tournament – while the figures aren’t definitive – showed a gain in ball-in-play time back to around the 35-minute mark.

Nonetheless, scrums are out of hand. Speedy scrum sets are unlikely to be enforced so why not just stop the clock? What would be the consequence?

It would mean a much longer match, which fans wouldn’t mind if they’re getting more ball in play and more bang for their buck. Broadcasters are on board if viewers are engaged. The average AFL game goes for close to two-and-a-half hours, which is similar to the duration of an NFL game, and they are two decent examples of thriving sports.

Even cricket’s BBL – an abbreviated version of the sport but a behemoth over the Australian summer – still runs for about three hours. Viewers will stick with a contest if it’s compelling.

Forwards would either be forced to improve their stamina or coaches would need to be smarter with their substitutions. There might even be an argument to extend the size of the bench to include say a game-day squad of 26.

There’s room for more rule reform too. What about a limit to the time it takes teams to form a lineout? Say from a penalty, a 45-second time limit applies from the moment the whistle is blown for the infringement until the ball is thrown into the lineout?

And a time limit for penalty kicks at goal? This is another part of the game that has precipitated irritating time-wasting. Give teams a one-minute time limit.

Can you go too far with limits to prevent the scourge of time-wasting, which leads to too much hands-on-hips and not enough hands on ball? Yep.

Maybe it’s too heavy to enforce strict time limits or stop the clock for areas such as conversion attempts, restarts at the 22m line and free kicks. You can largely rely on referees to keep the game flowing in these areas.

It took Japan at the recent World Cup to remind us of how good rugby can be to watch with their speed, ball movement and variation from prop to fullback and it’s a decent reason why World Rugby should be aiming for more ball-in-play time.

There’s been no improvement from the 35 minutes of ball in play achieved in 2007 and now is the time for rugby’s time-wasting to be reeled in.