Melbourne Victory’s derby win over Melbourne City was what we’ve come to expect from one of the best fixtures on the calendar, but that doesn’t mean everything about it was perfect.

What’s more important to the A-League right now: a winning Melbourne Victory or supporters in the stands?

At least one of those wishes came true on a pulsating afternoon at AAMI Park on Saturday, as a brace of Ola Toivonen headers fired Victory to a desperately needed 2-1 win over City.

It was festive football at its frenetic best and as a broadcast spectacle it was one of the most enjoyable TV watches of the season.

Lucky it was the free-to-air game on the ABC. It’s just a shame about all those empty seats, right?

The official crowd of just over 18,000 fans was padded out by plenty of heavily discounted tickets after AAMI Park and City had tried to charge Victory fans $55 to sit in the active area. 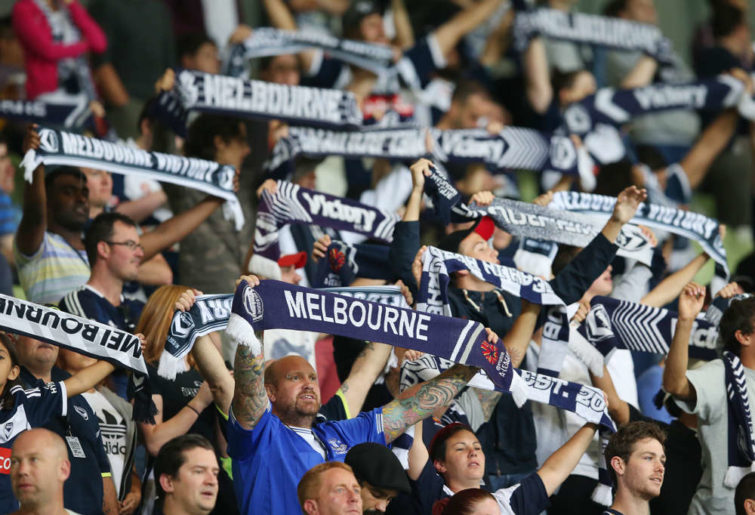 In the interest of fairness, it should be acknowledged that AAMI Park is not the only venue to have employed the tactic, even if cheaper tickets weren’t made available to away fans until a couple of days before kick-off.

And as I wrote on Friday, the high cost of entry to A-League games – especially for away fans – is a problem that needs fixing.

That won’t happen though, because no one is quite sure of exactly who’s in charge of the A-League these days.

And even if we did know, the tendency for the game’s officials to bury their heads in the sand means that problems rarely get resolved anyway.

We saw that when Sydney FC fans complained about heavy-handed treatment from security in Geelong, prompting A-League head Greg O’Rourke to tell SBS journalist Lucy Zelic the story was “a gross exaggeration”.

So we can’t rely on officials to rekindle interest in the A-League because they’re more or less content with the status quo.

What we need are a few more games like the Melbourne derby, which was entertaining enough on the pitch to ensure the fans in the stands were rewarded off it.

It should have been lights out for Melbourne City when Andrew Nabbout butchered a couple of glorious opportunities to kill the game off, but even so Victory were much the better team. 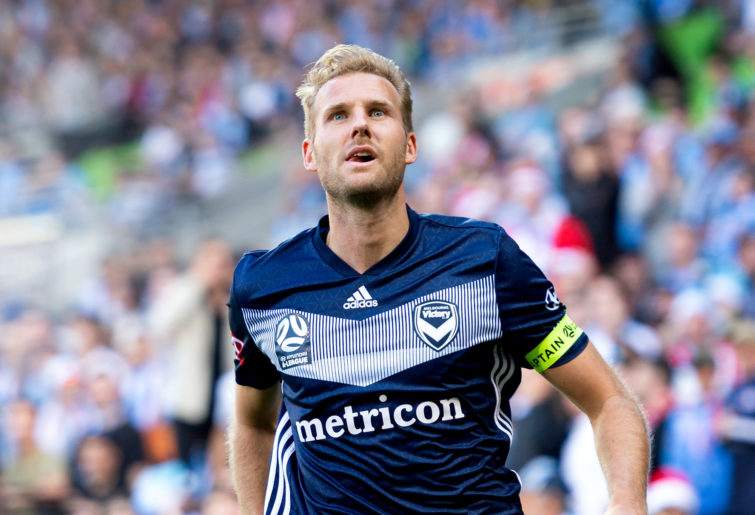 But when Harrison Delbridge nodded home with more 35 minutes still remaining, he at least ensured there was still plenty of competitive tension left in the game.

And truth be told the best thing about the derby was simply watching two sides who don’t like each other go at it hammer and tongs.

Say what you will about Melbourne City’s reason for being, but there’s no denying that Victory don’t mind trying to put them in their place.

That’s something we need a bit more of, because although the standard of football is as high as it’s ever been, the lack of narrative around many fixtures is reflected in the dwindling attendances.

The Wanderers’ 1-1 draw with Western United on Friday night ended up being a fascinating tactical battle played out in front of a brand new stadium that was two-thirds empty.

That said, the Red and Black Bloc deserve plenty of praise for raising almost $50,000 from their bushfire appeal for the Australian Red Cross.

It’s a reminder of all the good football can do at a time in Sydney when many are doing it tough.

On a personal note, I’m taking some time off for the holidays for the first time in a long time because I’m heading to Japan for a couple of weeks.

I had hoped to be watching Shimizu S-Pulse in the Emperor’s Cup Final on New Year’s Day but their loss to Vissel Kobe in Saturday’s semi-final meant it wasn’t to be.

I’ll be back on board in early January.

In the meantime, I’d like to wish everyone a very Merry Christmas and a Happy New Year.