The first half of the season has been dominated by Liverpool, but this is by no means a Liverpool-dominated team.

One of the great things about the 2019-20 season has been the emergence of some new names and the continued excellence of established stars.

The system is a 4-4-2, as the Professional Footballers Association team of the season normally is. Therefore the positioning is not perfect for a couple of players, but it is all to do with fitting into this formation.

Kasper Schmeichel (goalkeeper)
With the most clean sheets this season (seven) and with the meanest defence in the league, having conceded just 11 goals, the Dane numbers that are difficult to argue with as Leicester City entrench themselves in the top four. Honourable mentions go to the likes of Ben Foster and Ederson Santana de Moraes, but the Premier League title winner has been thus far near impeccable between the posts, exuding calmness and security befitting his now elder statesman status in the league among Premier League keepers. 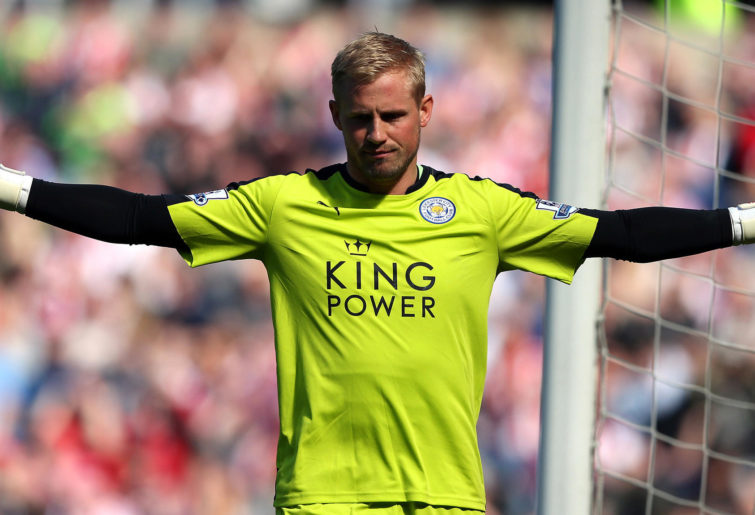 Trent Alexander-Arnold (right back)
Still at right back despite what Jamie Carragher may have you to believe, the Englishman has been at his dynamic and inventive best this season after coming of age last season. Prodigious in possession, with his array of daisy cutting and whipped crosses being a highlight, his value on the ball to Liverpool is undeniable as one of the best young right backs in the world. He is on track to beat or at least match last season’s 12 assists, with half of them already tucked away thus far this season. Perhaps only Joshua Kimmich of Bayern Munich is better in his position in the world right now.

Caglar Soyuncu (centre back)
The Turkish international has been a standout find for Brendan Rodgers this season as the Foxes boast the best defence this season. Agile, aerially dominant and supremely confident and gifted in possession, he is a Rolls Royce of a defender who has helped the Leicester defence evolve into a more modern unit that carries a threat from deep as well as giving it more pace to play higher up the pitch than the days of Wes Morgan and Robert Huth.

Virgil van Dijk (centre back)
Liverpool have not been at their best defensively this season, but Virgil van Dijk’s imperious form since arriving at Anfield has remained as commanding as ever. His leadership and ability to elevate those around him has been both inspirational and necessary as Liverpool have mustered the resilience and fight to win games late on in their quest for a first league title in 30 years.

Andrew Robertson (left back)
A meteoric rise since moving from Hull City, there are few now who would argue the burgeoning status of the Scotland captain as he continues to hare up and down the left-hand side for Liverpool with incredible verve and execution. His delivery and timing of runs are a constant threat for the opposition, while defensively the Scot is rarely beaten with his recovery and one-versus-one defending, making him the total package as one of the world’s best backs around.

Mateo Kovacic (central midfield)
Under Maurizio Sarri the Croatian was an uninspiring and ponderous figure who looked off the pace for much of last season. Under Frank Lampard he is totally unrecognisable this season as one of the best midfield players in the league, with his intelligent and cerebral approach to combating the enduring all-action nature of Premier League midfields being a unique and innovative addition to the midfield spectacle.

His exquisite passing ability has always been well known, but it is his tenacity and positional sense to win and recover balls and then the ability to exercise his outstanding dribbling to burst away to evade danger and start attacks swiftly that have set him apart. Chelsea’s midfield control no longer relies on the defensive nous of N’golo Kante or Jorginho’s metronomic ball use; it is Mateo Kovacic who is now the heartbeat.

Kevin De Bruyne (central midfield)
The most in-form midfielder in the world right now, De Bruyne’s six goals and seven assists tell only half the story, as the Belgian playmaker has dominated Manchester City at times with his cutting edge and thrust. Whether dictating the pace and tempo from deep or having the licence to roam in advanced areas, De Bruyne’s talismanic qualities have been vital this season.

James Maddison (right midfield)
Beyond just the numbers of five goals and three assists this season, Maddison’s demonstration of both a precocious technical ability as well as a gift in controlling and channelling Leicester’s attacking tempo has been most impressive. The protection afforded to him by Wilfried Ndidi has allowed Maddison the freedom to strike a telepathic understanding with Jamie Vardy, and it has been a joy to watch the 23-year-old pull the strings with maturity and guile.

Sadio Mane (left midfield)
An unsung hero of sorts under the shadow of the more celebrated Mo Salah, the Senegalese star has been the driving force behind Liverpool’s most impressive performances this season. Last season’s joint Golden Boot winner has continued to find the back of the net while being an unselfish creative force that has brought synergy to a Liverpool attack that has lacked a clinical edge at times in closely fought victories.

Jamie Vardy (striker)
Miles ahead on his own with 17 league goals this season, the 32-year-old is enjoying an Indian summer around a Leicester team that is quite comfortably the best Vardy has played with in his seven and a half seasons at King Power Stadium. His movement and chemistry with his fellow attackers have afforded him ample opportunities this season, and his ruthless efficiency in front of goal has made Leicester a nightmare on the counterattack.

Tammy Abraham (striker)
The former Aston Villa loanee has made the step up to Premier League football like a duck to water, with his leggy mobility and hold-up play finally giving Chelsea a focal point deserving of Diego Costa’s successor tag. His 11 goals have come in an array of methods: thumping headers, dinks, solo runs and cool one-versus-one finishes to illustrate an impressive all-round finisher and frontman.

As a proud Everton supporter, the words “Everton, that” come with a particular sense of dread and worry. And as we approach the re-start of the Premier League season after its March postponement, a period of excitement to see football back is once again overshadowed by that phrase. The phrase has come to symbolise the […]