Why Patrick Mahomes is the best footballer on the planet

The Kansas City Chiefs quarterback in the American National Football League (NFL) has captured my attention and is arguably the most watchable footballer on the planet.

When he was injured recently, I felt no need to watch his team and awaited his return. So yes, I am a Patrick Mahomes fan, not a Kansas City Chiefs supporter.

Being a former rugby half-back I feel familiarity with the quarterback role and see the similarities in the position.

The linkman between the tough, bruising forwards and the touchdown/try scoring backs.

So, one day whilst watching the NFL I noticed this guy Mahomes who played the game differently to other quarterbacks.

Not just unorthodox, but brilliant and the utmost confidence to try anything. I was an immediate fan and determined I would watch every game he played in and enjoy the brilliance.

Mahomes accomplished a lot in his first year as an NFL player. He became just the second quarterback in NFL history to throw for more than 5,000 yards and 50 touchdowns and led the Chiefs to the top seed in the AFC and won league MVP.

In his matchups with Tom Brady the legendary New England Patriots quarterback, I wondered if it would be a case of the master versus the apprentice.

But Mahomes showed he has the ability and temperament to compete with Brady and maybe one day be remembered as the GOAT.

Patrick Mahomes was born in 1995 and is the son of former Major League Baseball (MLB) pitcher Pat Mahomes. He could well have had a career in baseball, but before the 2016 season he made the decision to concentrate fully on his NFL career.

So how does Mahomes rank with other emerging football stars on the world sporting stage?

In rugby Joe Cokanasiga, Herschel Jantjies and Romain Ntamack are the nominees for the World Rugby Breakthrough Player of the Year 2019. Those names are not internationally recognised just yet.

With Lionel Messi and Cristiano Ronaldo in the twilight of their careers there are several younger soccer (football) players waiting in the wings.

To compare to an NFL player is difficult, but in my opinion a quarterback has a great deal more decision making and responsibility than those players named. The quarterback is the conductor of the team and orchestrates all the moves. Mahomes is still ahead!

These players were selected by their peers. But the one player who would compete with Patrick Mahomes for his superstar potential is one Kaylyn Ponga from the Newcastle Knights.

Both Mahomes and Ponga have that undefined quality that draws people to them. Call it X factor or charisma but it is something magical about the player.

Ponga has the brilliance to be a great player but has stiff competition in his position and needs to develop his consistency to advance further. Patrick Mahomes is already showing the consistency needed at the elite level.

Not being an Australian Football League (AFL) expert I am relying on research to help me out here! The players who appear to be up and coming stars are as follows, Sam Walsh, Bailey Smith, Darcy Fogarty, Patrick Cripps, Marcus Bontempelli, Josh Kelly, Charlie Curnow and Hugh McCluggage.

Do any of them though, have that secret ingredient that makes them a superstar like Patrick Mahomes?

I have compared Patrick Mahomes to other rising stars of the other football codes, rugby union, soccer (football), rugby league and AFL.

Apart from Kaylyn Ponga there does not appear to be anyone else who competes with Mahomes for potential superstar status. The Jonah Lomu X factor which attracts fans to come and watch the one player. 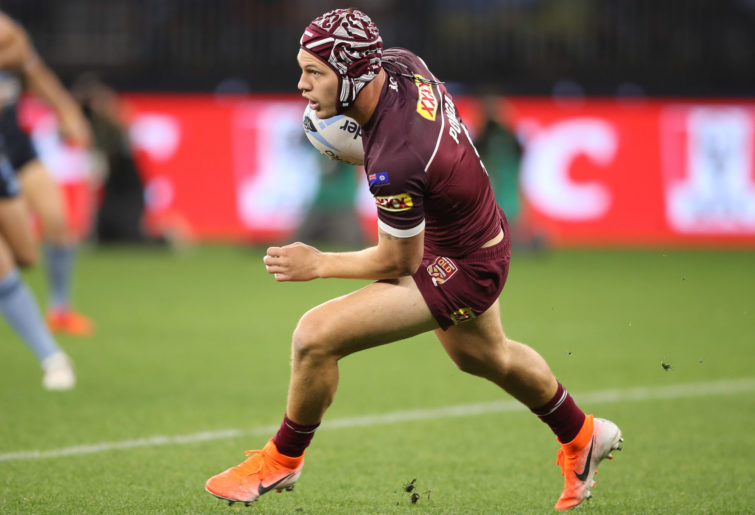 I appreciate that people will say how can you compare the different codes but it is more about what they bring to their respective code.

If you agree or disagree with this article watch out for the name Patrick Mahomes anyway and follow what he accomplishes, it could be special.