Ruled by an Islamic oligarchy, so-called sin laws mean that beer is often as much as £10 (A$19) per pint. For those travelling to the Middle East for the next World Cup, this news will undoubtedly be applauded.

Throughout the 2018 World Cup, in a nation where beer is widely available at all times of year, England enjoyed a sun-soaked and lager-drenched summer of its own as the Poms celebrated the Three Lions’ impressive World Cup run.

The news of Doha loosening its tight regulations on alcohol offers a reminder of a couple of things. Firstly, the fun we England fans all had that summer. But secondly, the pint-throwing craze.

To those of us who spent it in this funny little country we call England, the summer of 2018 was a glorious chronicle of football and sun.

Victories against titans such as Panama caused gridlock. The 2-1 pummelling of Tunisia was the greatest sporting moment since Gary Lineker suffered a rather unfortunate incident on the pitch in Cagliari in 1990 (Google it). Jordan Pickford’s iconic penalty save should have been cast in bronze. 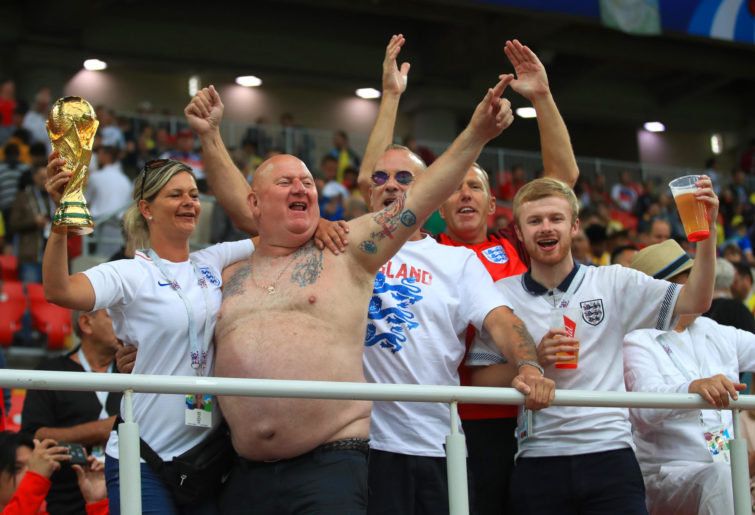 But as the days passed and England trundled along – each Harry Kane deflection dragging the British public further into a haze of intoxicated patriotism – a sad truth began to dawn on me. Something just wasn’t quite right.

I am of course talking about the habit of launching your beverage into the air whenever England scored.

For me, this quickly became the enduring image of England’s World Cup run. And I hated it.

Now, don’t get me wrong – I’m all for unbridled displays of passion. Indeed, that rare, elusive beast known as an England goal at a major tournament can certainly conjure up some incredible emotions.

That millisecond of choked, disbelieving silence as the ball ripples the net. The temporary amnesty it creates for complete strangers wanting to embrace. These are all moments of true, organic joy that only an England goal can bring about.

The throwing of drinks, however, does not fall into this category.

The heights that some of these drinks were being thrown, although impressive, suggested that people weren’t as focused on the match as their passion might suggest.

Sure, maybe in the frenzy you’ll slosh half your drink onto the floor. Maybe even knock the whole thing over. But launching your expensive pint across the other side of the room? Is that spontaneous? I don’t think so.

In many ways its symptomatic of society today. We have a worrying need to festoon beautiful moments in such a way that we lose sight of their intrinsic beauty.

Why must every sunset be Instagrammed? Why do we need another Star Wars film? Most importantly, do I really have to hurl my pint at this small child’s face because England have won a corner? 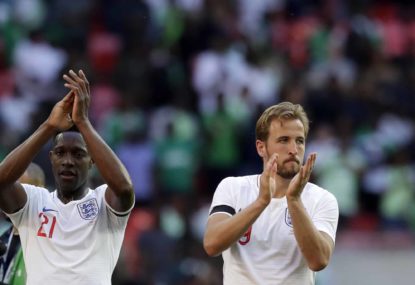