Five bowlers could work for Australia on Boxing Day

While Travis Head doesn’t deserved to be dropped for today’s Boxing Day Test there is some merit in playing five bowlers due to the collective batting ability of Michael Neser, James Pattinson, Pat Cummins and Mitchell Starc.

Uncertainty about the likely nature of the MCG pitch for this Test against New Zealand has prompted Australian coach Justin Langer to flag the possibility of playing five bowlers should a road be served up.

That would very likely see the axing of specialist batsman Head, who would be replaced by bowling all-rounder Michael Neser.

This strategy would be simultaneously defensive and offensive. It would show Australia are concerned about the bowling workloads of star quicks Starc and Cummins, who immediately after playing five Tests this summer will fly to India for an ODI series.

With one member of the Big Three already injured in Josh Hazlewood, Australia will be wary of bowling Starc and Cummins into the ground at the MCG and SCG, both of which have had some horrendously flat pitches in recent years.

The presence of a fifth bowler would greatly reduce their workloads in the Boxing Day Test. Yet this would also be an attacking selection method as it would provide Australia with heavy bowling firepower to overcome a sleepy MCG pitch, if that is what is served up.

Australia would have loved to have had a fifth bowler in the last home Test they played on a genuine road, in Sydney last January. They spent almost the entire first two days in the field as India exhausted Australia’s four frontline bowlers.

This forced the home side to get 21 overs out of part-timers, who were thrashed for 0-100. That Test may be playing on the minds of Langer and his fellow selectors ahead of today’s match.

The injury to Hazlewood means that playing five bowlers is now more viable. That’s because the primary concern about playing an extra bowler is that it leaves the tail too weakened. But Hazlewood, a genuine number 11 batsman, is being replaced by a much stronger batsman in Pattinson, who has averaged 27 with the bat in his 19 Tests. 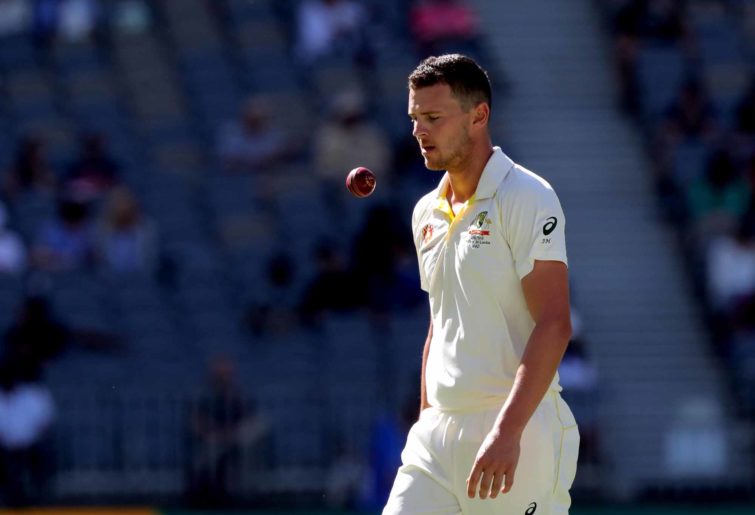 During his several long lay-offs from bowling in recent years Pattinson focused on his batting and the improvements he has made are clear. He has a tidy defence, a solid temperament and a wide range of shots.

Neser, meanwhile, has blossomed with the blade over the past three years. In that time he has made 1,301 runs at 27, including 10 fifties.

The selectors will then be left to compare the collective batting ability of Head and Hazlewood, from the last Test, with that of Neser and Pattinson. They may well feel they would not lose a great deal from their batting while becoming significantly stronger with the ball.

While I’ve never been a big fan of the five-bowler strategy, and would not like to see Head dropped, if the MCG pitch looks like being a batsman’s paradise then there is some sense in such an approach.

The advantages with the ball are obvious. With the bat, meanwhile, it would mean that Australia at nine and 10 would have accomplished lower order batsmen in Cummins and Starc, who each average 24 with the blade in home Tests.

Given the impressive strength and form of their top four, Australia could probably justify playing five bowlers if the MCG pitch is dead. But it would be a very harsh call on Head, who has made a fine start to his Test career, averaging 41 with the bat from 15 matches.