Where do tennis loyalties lie: Team Australia or Team World?

Most Australian tennis fans face an ongoing dilemma: do they support Australian players in what is overwhelmingly an individual sport or do they reserve their patriotism for team events such as the Davis Cup, Federation Cup and the newly established ATP Cup?

This is an overview of my personal journey in this highly contested space.

I have been playing and watching tennis since I was eight years old in 1973. My tennis-mad grandmother introduced me to the great Australian players of that era: Ken ‘Muscles’ Rosewall, whom she greatly admired; John Newcombe, owner of the most famous moustache in tennis; the graceful Aboriginal women’s champion Evonne Goolagong (later Goolagong Cawley); and Kerry Melville (later Reid).

But the players I most admired and attempted to emulate were overwhelmingly international: Bjorn Borg, whom I still regard as the greatest ever men’s player; Guillermo Vilas, who won two Australian Opens in the years I was a ball boy at Kooyong; and later the angry but highly watchable John McEnroe.

The leading Australian players in that period were not that thrilling: John Alexander was a stalwart in the Davis Cup but always seemed to struggle in the big tournaments, Phil Dent was a bit hit and miss, Ross Case and Geoff Masters were thereabouts, as were Mark Edmondson and Kim Warwick, and slightly later the two Macs were great to watch in doubles but mostly a bit short of top-class in singles. I’ve got to admit that when the unseeded Aussie journeyman Rod Frawley played McEnroe in the 1981 Wimbledon semi-final it never occurred to me to support Frawley because he was Australian.

My attitude changed slightly when Pat Cash emerged on the scene. This was partly because I had met and played Cash in an under-10s junior tournament years earlier (I lost) and partly because my grandmother, who had talked to his dad at the time maintained an ongoing interest in his career. He was also more watchable than most of the other Australian players and seemed more likely to be successful. I was thrilled when he won Wimbledon in 1987 but also disappointed that my grandmother was too ill to enjoy the moment – she died at 86 years of age only a few months later.

I lost interest in tennis in the 90s, finding Pete Sampras, Ivan Lendl and co to be not that exciting, and the leading Australians such as Richard Fromberg, Jason Stoltenberg, Wally Masur and the Woodies, Todd Woodbridge and Mark Woodforde, even less so. I think it also reflected the fact that none of the Australians were serious contenders and rarely achieved even a top-20 ranking.

And then it all changed when Pat Rafter, Mark Philippoussis and Lleyton Hewitt came on the scene. For the first time in more than two decades Australia had three male players who were contending for grand slams, and I was excited. 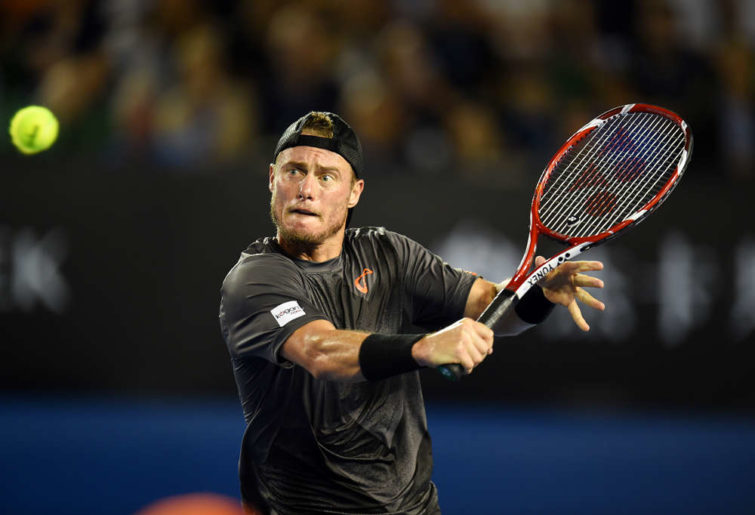 They were all very different. Rafter was a late bloomer who won two US Opens and secured the No. 1 ranking by virtue of using a kick serve and attacking game that differed from most players on the circuit.

Philippoussis had a hugely powerful game which carried him to two grand slam finals, but he was ultimately frustrated by chronic injury.

Hewitt had arguably the least talent of the three, but he possessed a dogged determination that drove him to two grand slam victories and a long period as No. 1 in the world.

Rafter was universally admired by the Australian public due to his perceived graciousness and laid-back attitude.

Two of these players divided opinion due to their ambiguous attitude to playing Davis Cup (Philippoussis) and combative win-at-all-costs approach (Hewitt).

Nevertheless, I liked all three players and began to closely follow their careers (and later that of another Aussie grand slam winner, Sam Stosur) via the ATP website, watching matches on Fox Sports and other sources. Essentially my interest in the Australian players coincided with my revived interest in tennis. I also admired and continue to gain pleasure from watching the top internationals: Roger Federer, Rafael Nadal and Novak Djokovic.

But there is no doubt that when the Aussies play I support them no differently to my fervour for my AFL team (North Melbourne) or my A-League team (Melbourne Victory).

These days my favourites are Alex de Minaur, Nick Kyrgios and Alexei Popyrin in the men’s tournament, and of course the wonderful Ash Barty in the women’s competition. Kyrgios is one of the most watchable players in the world when switched on but is equally frustrating when not. Regardless, he has my loyalty. If Australians don’t like him, they should simply turn off their TV set.

Barty is an absolute pleasure to watch, but I sometimes get annoyed when commentators repeatedly compare her polite personality and committed approach to the alleged bad behaviour of Kyrgios and Bernard Tomic. The reality is tennis is an emotional game and players are individuals and not robots. May the diversity and success of Australian players long continue.