Your guide to the 2020 Australian summer of tennis (Part 1)

As the new year beckons so too does the start of what promises to be another exciting Australian summer of tennis.

Several of the world’s best tennis players are about to arrive Down Under, the highlight of which is the Australian Open, in which Novak Djokovic and Naomi Osaka are the defending champions.

This means that the only action of tennis the 2000 Olympics host city will witness is the group stages of the ATP Cup as well as the quarter-final, semi-final and championship ties.

Again the Nine Network will televise the majority of the Australian summer of tennis, culminating in the Australian Open, when all eyes will be on Ashleigh Barty to see if she can become our first local champion in over 40 years.

Let’s take a look at some of the events that tennis fans will be treated to as the countdown begins to the start of the Australian Open on 20 January.

The first edition of the ATP Cup will be headlined by the worlds top two players, Rafael Nadal and Novak Djokovic, who will lead their countries into battle in Perth and Brisbane respectively.

It will be the first time Nadal plays in Perth, while for Djokovic it will be his first appearance in the Queensland capital since his only appearance at the Brisbane International resulted in a first-round loss in 2009.

Australia will also be represented, with Alex de Minaur and Nick Kyrgios to lead the charge on Pat Rafter Arena in Brisbane.

Fans in Brisbane can expect to be treated to some blockbuster matches, including potential match-ups between Kyrgios, Zverev, Tsitsipas and Denis Shapovalov, while Djokovic can expect to face the likes of Gael Monfils and Kevin Anderson, whom the Serb beat in the 2018 Wimbledon final.

The highlight for Sydney fans would’ve been a match-up between Roger Federer and Andy Murray a decade after they met in the Australian Open final in 2010, but both have withdrawn due to family reasons and injury respectively.

Federer’s withdrawal means Switzerland withdrew from the ATP Cup and have been replaced by Bulgaria.

However, the Harbour City will not be without its star power, with two-time French Open runner-up Dominic Thiem, former US Open champion Marin Cilic and the resurgent Grigor Dimitrov among those to grace the redeveloped Ken Rosewall Arena.

In the west, Rafael Nadal would be expected to face the likes of Kei Nishikori and Nikoloz Basilashvili, whom he defeated for the loss of just one game at the French Open in 2017.

Whichever country finishes highest in their groups, as well as two other countries, will then compete in the knockout stages, which will be contested across four days in Sydney, with the two remaining countries to compete for the championship on 12 January.

The other men’s tournament to take place during the week of the ATP Cup is the Qatar Open, which will be without defending champion Roberto Bautista-Agut due to his participation at the new event in Australia.

However, fans in Qatar can still be expected to be treated to some serious star power led by three-time major champion Stan Wawrinka as well as former grand slam finalists Jo-Wilfried Tsonga and Milos Raonic.

Wawrinka will be looking to consolidate on a resurgent 2019 season which saw him reach two major finals, at the French and US Opens, as well as reach two finals, which he lost to Gael Monfils and Andy Murray at the Rotterdam and European Opens respectively.

Also making a resurgence in 2019 was Jo-Wilfried Tsonga, who won two titles to surge back into the world’s top 30 after a serious knee injury saw him drop out of the top 200 in 2018.

This will be one of only two tournaments – the other being the women’s Shenzhen Open – that will be contested in the northern hemisphere in the lead-up to the Australian Open. 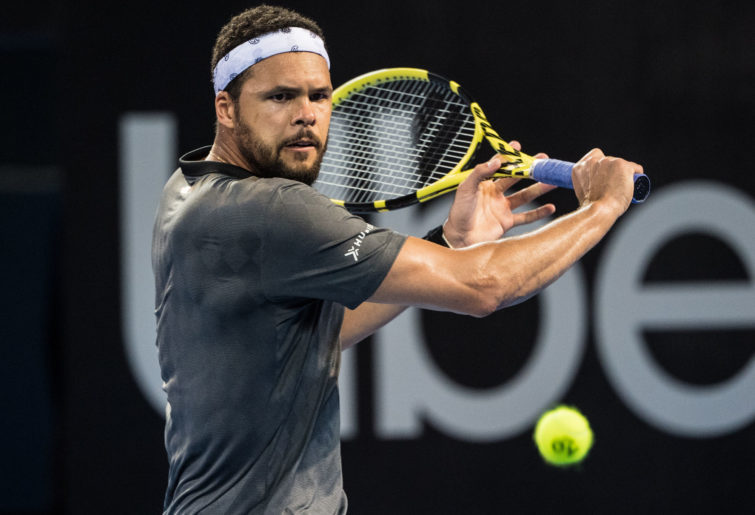 For over a decade since its 2009 establishment the Brisbane International has served as a major lead-up tournament to the Australian Open for some of the world’s best men and women, with the likes of Roger Federer, Andy Murray, Serena Williams and Maria Sharapova saluting.

But from 2020 Queensland’s premier tennis tournament reverts to a women-only competition, with the men’s section to be replaced by the ATP Cup, with both events to overlap on three days (6-8 January).

Local favourite Samantha Stosur, who has struggled in singles but has excelled in doubles in recent times, is among one of four wildcard recipients, the others being Ajla Tomljanovic, Venus Williams and Maria Sharapova, a champion here in her own right in 2015.

Of course all eyes will be on Barty as she begins her preparations for the Australian Open, at which she will be the top seed. The Queenslander will also be bidding to become the first homegrown woman to win the Brisbane International, which has previously seen two local champions (Lleyton Hewitt in 2014 and Nick Kyrgios in 2018).

On the other hand, Pliskova will be looking to win a record third title in Brisbane – her two titles is a joint record with Serena Williams and Victoria Azarenka – while Osaka will also begin her preparations ahead of her Australian Open title defence.

That’s Part 1 in my Australian summer of tennis preview. In the next part I will cover the Shenzhen and Auckland Opens.