Your guide to the 2020 Australian summer of tennis (Part 2)

As the new year beckons so too does the start of what promises to be another exciting Australian summer of tennis.

Several of the world’s best tennis players are about to arrive Down Under, the highlight of which is the Australian Open, in which Novak Djokovic and Naomi Osaka are the defending champions.

In Part 1 I covered the ATP Cup, the Qatar Open and the women-only Brisbane International. Jere, in Part 2, I will cover the Shenzhen and Auckland Opens.

Let’s take a look at some of the events that tennis fans will be treated to as the countdown begins to the start of the Australian Open on 20 January.

Only two months after hosting the WTA Finals, the city of Shenzhen will play host to one of three women’s tournaments in the first week of the new season.

Defending champion Aryna Sabalenka returns as she attempts to join Li Na and Simona Halep as two-time champions of the tournament.

She will be joined in the field by top seed Belinda Bencic as well as former Australian Open semi-finalist Elise Mertens and two-time major champion Garbine Muguruza, who has dropped to 36th in the world rankings.

Bencic will be looking to consolidate a resurgent 2019 season in which she defeated Naomi Osaka three times, including in the fourth round of the US Open, where she reached her first major semi-final and also returned to the top ten for the first time since mid-2016.

Muguruza, meantime, will be looking to put behind a disappointing year in which she lost in the first round at Wimbledon, split with her long-time coach Sam Sumyk – who was also the mastermind behind Victoria Azarenka’s two Australian Open titles – and dropped out of the top 30.

With so much star power on show, there will be no excuse for the locals not to attend what will be their only taste of tennis before the WTA Finals in October. 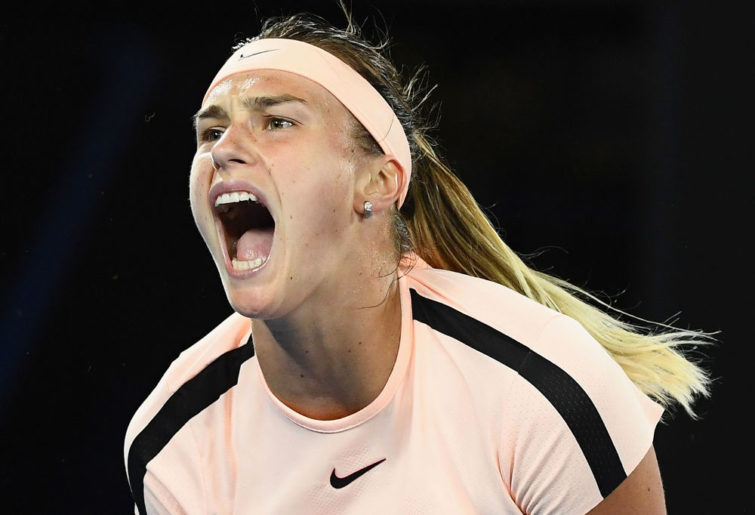 New Zealand’s premier tennis tournament will again host some of the game’s biggest names, headlined in the men’s field by US Open runner-up Daniil Medvedev and John Isner and in the women’s by Serena Williams, Caroline Wozniacki and Jelena Ostapenko.

Again the men’s and women’s tournaments will be held separately, with the women to take centre stage first.

World No. 10 Serena Williams, who will be the top seed for the tournament, returns to New Zealand for the first time since 2017 and will be bidding to end an almost three-year title drought, the American having not won a tournament since the Australian Open that year.

The 38-year-old will be joined in the field by compatriot Amanda Anisimova, who reached the semi-finals at the French Open before being forced to withdraw from the US Open following the death of her father last August.

Also returning to Auckland is former Australian Open champion Caroline Wozniacki, who has announced that she will retire from the sport once her involvement at the first major of the year comes to an end.

The 29-year-old has also paired up with Williams for the doubles, in which entertainment can be guaranteed.

Reigning US Open champion Bianca Andreescu was also due to participate but has been forced to withdraw due to injury. She has been replaced in the draw by Christina McHale, while former Wimbledon finalist Eugenie Bouchard will also return to New Zealand.

A week after participating in the newly formed ATP Cup, Daniil Medvedev, Fabio Fognini and John Isner will participate in the men’s portion of the tournament, to take place in the week leading up to the Australian Open.

At this stage it is unknown if Tennys Sandgren will return to defend his title, which was the first of his career.

That’s Part 2 in my Australian summer of tennis preview. In the next and final part I will cover the Adelaide and Hobart internationals and, of course, the big one: the Australian Open.