Kane tamed: How the Aussies worked out Williamson

In his last ten Test innings against Australia, Kane Williamson has averaged just 23.

That is not a statistical anomaly or a misleadingly small sample size, rather it is proof he’s been worked out.

They badly needed to decode the Kiwi champion’s batting because, prior to that, he was dominating the Aussie attack.

Then Australia changed tack. They recognised Williamson was murdering them behind square on the offside. While many other batsmen struggle against good length bowling on a fifth and sixth stump line, Williamson was constantly opening the bat face and, with soft hands, gliding the ball just wide of the slips or in between point and gully.

This strategy was especially valuable early in the innings. Rather than playing expansive shots – drives, pulls and cuts – Williamson loved to kick-start his knocks by deflecting the ball behind square. This allowed him to stay tight in technique, with his bat close to his pad and right under his eyes, while playing strokes that brought him runs.

They brought him a lot of runs too, because Australia refused to put in place a third man for a significant part of that pair of Tests of the 2015-16 summer.

Williamson kept milking Australia to that vacant area and their quicks kept throwing their hands in the air like they were closing in on his dismissal. In reality, their best balls – their stock deliveries – were helping tick over the scoreboard.

Then, once the seamers grew frustrated, they all too often over-corrected their line, strayed on to his pads and Williamson picked them off through the leg side.

Watch the highlights and you’ll see how the quicks began to look bemused. They didn’t know where to bowl to Williamson. They couldn’t operate in the fifth or sixth stump channel and they couldn’t target his stumps.

Then someone came up with a plan. It wasn’t exactly a stroke of genius, just common sense. 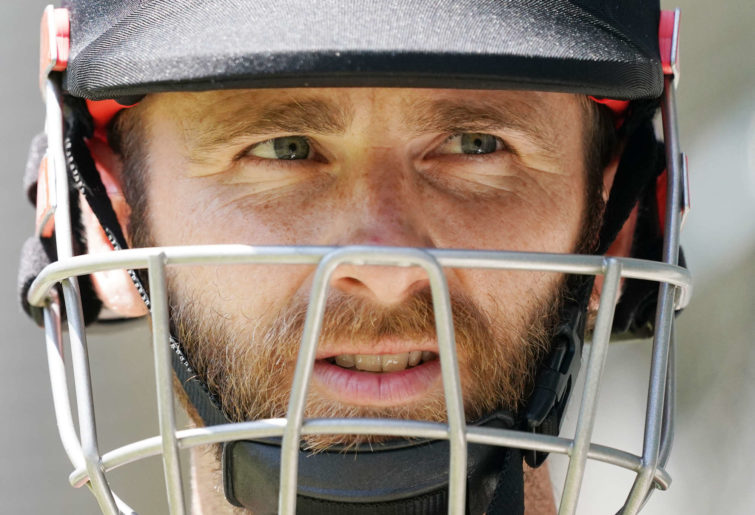 Step one was to move both point and gully finer. Without needing to insert an extra fieldsman in his favourite scoring zone, they managed to crowd it. Then their quicks adopted a straighter, fourth-stump line, giving Williamson less room to open up his blade.

Step two was to bring their mid-on and midwicket straighter so he could not easily clip balls from off stump through those areas.

Suddenly, the stock deliveries were earning dots, rather than being glided or clipped for runs. The Kiwi had to expand his stroke play. No longer could he shelve the cuts, drives and pulls until he was on 50. He had to take some risks to build momentum.

Since that tactical change, Williamson has made 22, 9, 16, 22, 7, 97, 34, 14, 9 and 0 against the Aussies. He remains difficult to dismiss bowled or LBW because of his fine balance and tight defence, but by forcing him to become more adventurous, Australia have caught cheaply in seven of those ten innings.

The Aussies have pushed Williamson out of his comfort zone. Look no further than the cavalier pull shot that brought him undone for 9 in the first innings at Melbourne.

When Williamson is playing the game on his terms, there is no chance he would attempt such a daring stroke so early in his innings.

But the Aussies have dictated terms to Williamson for his past ten innings. By plugging his safe scoring zones, they’ve herded him towards danger. The Kiwi star has found no answer.