Time for sport to realise climate change is its fight, too

As smoke closes in on the SCG, one can only hope it will kickstart cricket and Australia’s other sports into doing something about the climate emergency we’re faced with.

Today’s second day of the third Test against New Zealand is facing the very real chance of being severely impacted by climate change. Cricket Australia CEO Kevin Roberts has been blunt about the governing body’s approach to what is expected to be badly deteriorating air quality as horrendous bushfires flare up in the south-east of the country.

“We won’t be putting the players’ health at risk, nor will we be putting the health of match officials, fans at the match or our own employees at risk… If we have smoke delays that even go collectively for as long as a day then we can still fit in the amount of overs over the course of the match,” Roberts said.

“We need to be treating this like rain delays, but smoke delays.”

This summer has already seen a Big Bash match abandoned due to smoke and a Sheffield Shield game completed in conditions so poor they prompted quotes of “toxic”, “hard to breathe”, “(like) smoking 80 cigarettes a day”, and “significantly altered visibility” from three former Test players involved in the fixture. 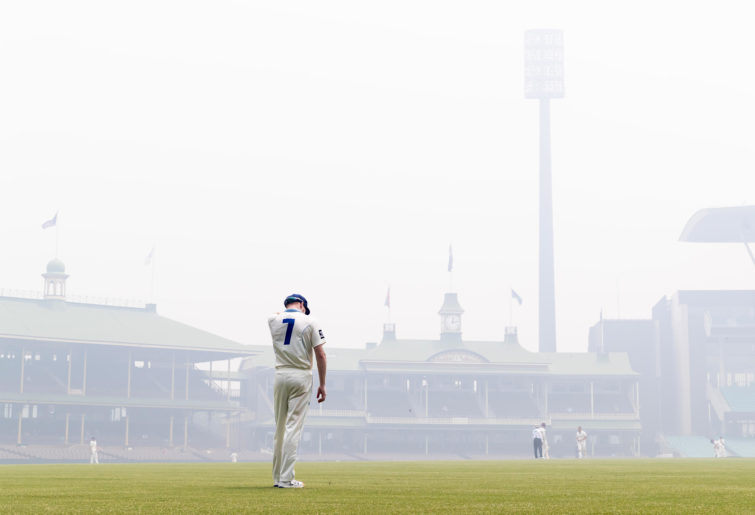 The cause, of course, are the devastating bushfires tearing through New South Wales, the severity and scale of which have been horribly exacerbated by the changing climate.

So it’d make some serious sense for Cricket Australia to be doing something about that issue. A commitment to zero net carbon emissions, for example. Perhaps applying some pressure on federal and state governments to get their act together.

They have a heat policy – having been cricket’s first major governing body to implement one in 2018 – and a player safety policy and a set of state clothing and equipment regulation. But no climate policy.

Not that they’re alone on that front. Cricket’s an easy and obvious focal point in this discussion, being the sport in Australia most impacted by climate disasters. But it’s not the only one. All codes will be exposed to hotter playing conditions, particularly those played over summer: tennis, the A-League, Super Rugby even has a January start date this year.

The AFL and NRL, too, will have to cope with extreme weather at both ends of the spectrum. Heat in the early-autumn months. Cold in the middle of the year – remember that AFL game played in sleet and snow last season?

But, like Cricket Australia, none of the AFL, NRL, FFA, Rugby Australia or Tennis Australia have a climate policy. 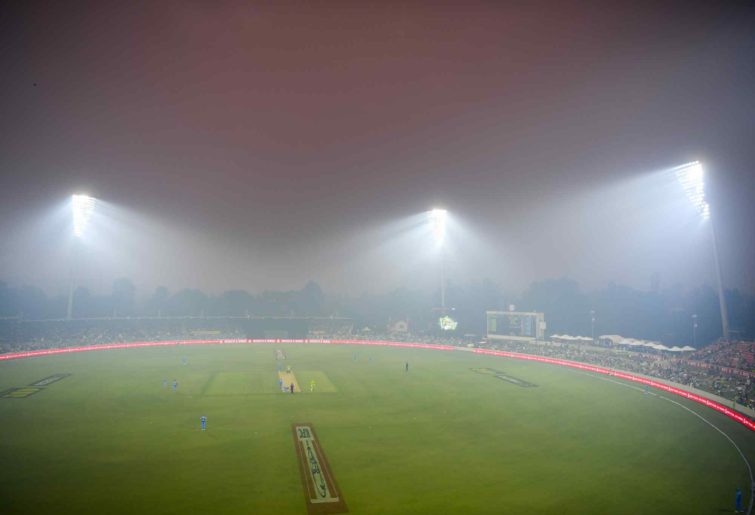 To their credit, TA have committed to the United Nations’ Sports for Climate Action framework – one of few Australian bodies to have done so. Of the 93 signatories, which include some of world sport’s big-hitters like the IOC, NBA, FIFA and World Rugby, six are Australian: Bowls Australia, the Australia SGP team, Melbourne Cricket Club, Richmond Tigers, TA and Youlden Parkville Cricket Club.

It seems Cricket Australia, too, are taking steps in the right direction. A CA spokesperson was recently quoted in the Guardian as saying the organisation was beginning to work on a “strategy for sustainability”.

That they’re in the early stages of such a policy strongly suggests it’s only been brought about by the unprecedented situation this summer. Which, while not ideal, is certainly preferable to lodging their heads firmly in the sand, doing nothing as the climate and conditions for cricket deteriorate.

CA have been relatively progressive in bringing about a number of admirable changes in recent years, better pay for their female athletes and maternity leave among them. If they take a similar lead on this front, there’s hope they’d spur some of this nation’s other sporting bodies into similar action.

That would be a welcome change to the current overarching picture, which is still largely one of inaction. I’m sure it’s just a massive coincidence that mirrors what we see from our nation’s supposed leaders. 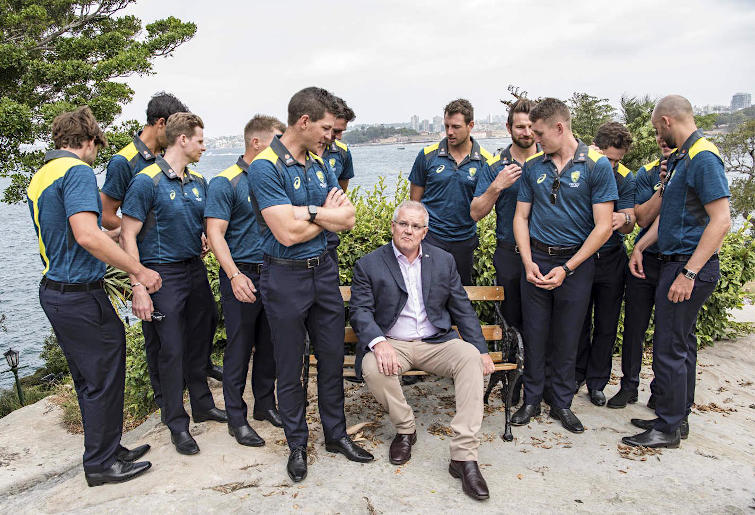 Hey CA, don’t be like this guy when it comes to acting on climate change. (Image: Twitter)

There’ll be some who have a nerve touched by comments like that. The old ‘don’t mix sport and politics’ crowd.

You’ve seen the lines. “I thought this was a sports website, not a political one.” “They’re athletes, not politicians”. “Stick to sports”.

Because apparently sports and politics are completely separate entities that only merge when an athlete or sporting organisation makes a social statement deemed to be controversial by someone.

The reality is, of course, that multiple codes play a fixture that bears the title of our highest-ranking politician, and that the major sports have seasons punctuated by societally themed rounds or matches: Women in League round, Sir Doug Nicholls Indigenous round, Anzac Day clashes. Few complain about them.

And then there’s the inherent issue with climate change being framed as an ideological political debate rather than an issue debated solely using these awesome things called facts.

The fact is ignorance and inaction on the climate disaster is imperilling the sports Australians love to watch and play. And the sport most watched by Australians at this time of year is being used – or at least trying to be used – by our Prime Minister as a distraction from the inferno that has claimed lives and properties and caused the kind of scenes you’d usually reserve for times of war, not summertime in Australia.

So they are connected. We can have this conversation in a sporting context as well as a political one. We must, just as Australia’s sporting bodies must start properly acting on it.