It seems that Test cricket umpires and the decisions they make – or sometimes don’t make – are often the source of quite intense discussion and debate.

Thankfully this Australian summer has largely been free of umpiring controversy, but go back six months to the Ashes series in England and it was a different situation entirely.

Richard Wilson and Chris Gaffney umpired the first three Tests and, to put it mildly, had a pretty ordinary time of it. Wilson had eight of his decisions overturned in the first Test at Edgbaston while Gaffney had seven of his overturned in the third Test at Headingly. Most memorably, for all the wrong reasons, Wilson gave Ben Stokes not out to a huge LBW shout from the Australians, who were out of reviews, but replays showed the ball was comfortably going to hit middle and leg stumps.

Marais Erasmus and Kumar Dharmasena then umpired the final two Tests, which were largely free of umpiring concerns, but the damage had been done, with neither side fully trusting the officials to get decisions correct. 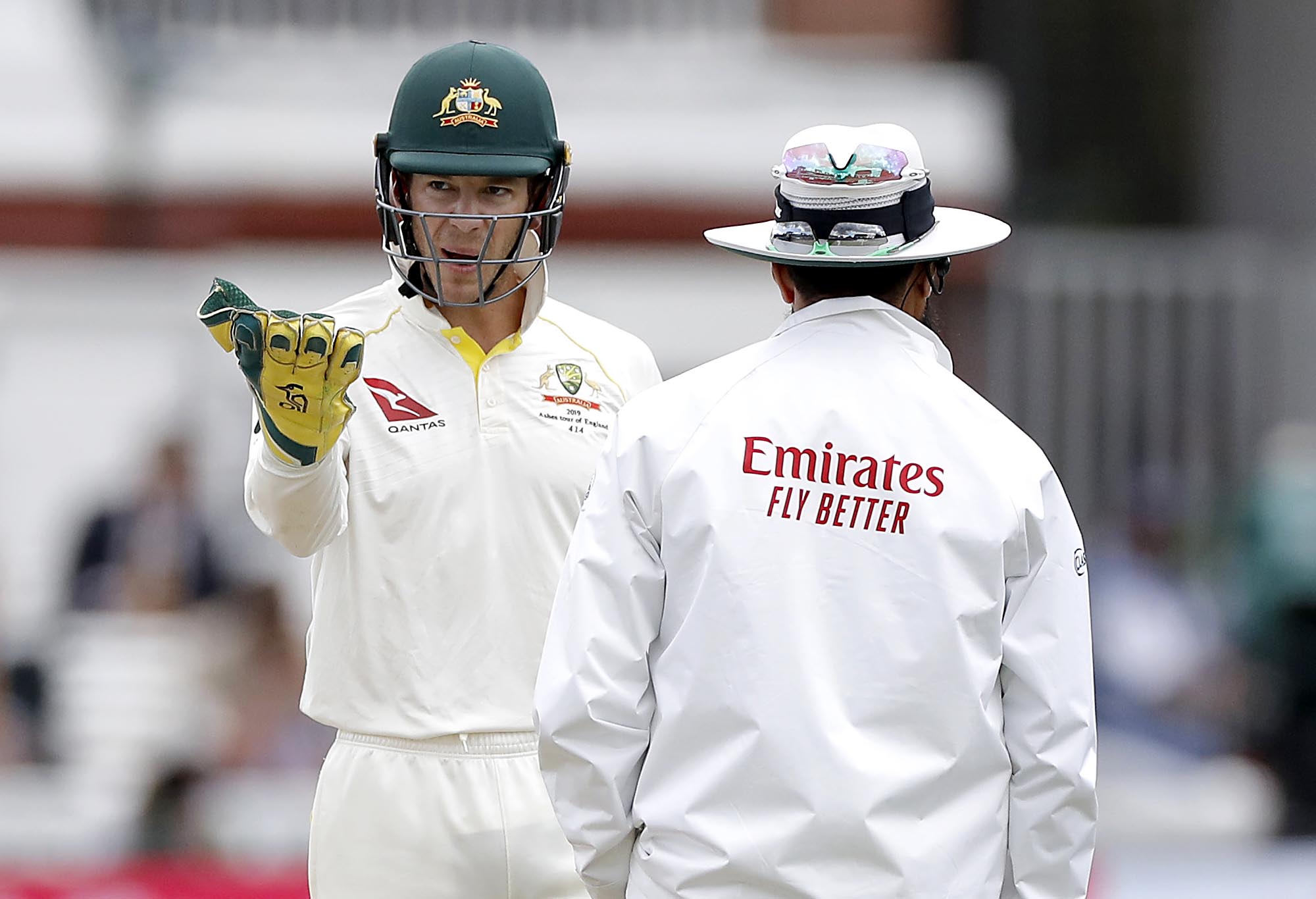 In Australia’s case we have a captain who is mistrustful of the DRS system, which may in part explain Tim Paine’s poor record of success when he does review. India also have a mistrust of DRS and are happy to rely on umpire judgments, but as was seen with the Ashes, it doesn’t take much for a couple of out-of-form umpires to make a few bad decisions.

No-balls or, more to the point, umpires failing to call no-balls, have become a talking point. Whether it’s true or not, the perception is umpires are not calling illegal deliveries, preferring instead to focus on watching the batsman and trying to adjudge catches, LBWs et cetera. This approach has rightly been questioned given how many no-balls aren’t being called and given umpires have DRS technology available to help with decisions.

The ICC needs to look at some short and long-term options to resolve Test umpiring issues. The first step is to abolish the rule that does not allow umpires from officiating in Tests that involve their home country.

The ICC elite umpires panel consists of 12 members. At present Australia and England supply four umpires each, while the West Indies, Pakistan, South Africa and New Zealand supply one each. Interestingly, India does not have anyone on this panel and has only had two members since it was formed in 2002. It’s easy to see the problem that confronted the ICC during the Ashes thanks to the ludicrous rule previously mentioned. Instead of having 12 umpires to choose from, they effectively had four, and two of those were out of form. It would be interesting to see what they would have done if either Marais Erasmus or Kumar Dharmasena had also ‘failed’ in the fourth Test.

Thankfully that didn’t happen, but it begs the question: why couldn’t the English or Australian umpires be used? The technology in place these days should stop most poor calls, and these guys are professionals, so bias should not come into it.

It’s also not clear why the third umpire has to sit in an air-conditioned booth. Why can’t they be side-on to the pitch at the bowler’s end helping umpires adjudicate on no-balls? Yes, they have a role to play when a decision requires review, but does that mean they have to be tucked away in a room, or can they make this decision on the field?

There are two options to make decisions on the field. The first is to have the third umpire with a microphone so they can ask for the various aspects of the replay process but show this on the grounds big screen. The second option is to have a tablet with the game run onto the field – similar to the NFL – and have the umpire view this and make a call. In other words, there is no reason why they need to be in the stands at all. An added bonus will be their help in adjudicating run-outs at the bowler’s end.

The DRS process, like it or hate it, is here to stay. The problems rest with the technology being used and the agonisingly long time it takes for decisions to be made. There are some short and long-terms fixes the ICC should consider.

The first fix is to decide which of the technology options will give the fastest, definitive opinion about a decision. For catches to the keeper, start with snicko, then move to hot spot and then finally to camera footage. For other catches, start with slomo vision but use snicko or hot spot if required. For LBWs go straight to ball tracking for and, if more clarity’s required, move to TV footage, snicko and hot spot. There would be no need for the no-ball to be checked because the third umpire would be on the field looking at that.

In the long term the ICC needs to take control of this aspect of the game and not rely on broadcasters to do this for them. They should be able to find companies capable of enhancing technology to minimise the time needed to clarify decisions as well as improving accuracy.

DRS was designed to take the really bad umpiring decision out of the game, and it should not take a cabinet meeting to decide whether to review or not. Five seconds is long enough for a batsman or a fielding captain to decide if they’ve been hard done by.

The umpires also need help to combat frivolous appeals and the ICC needs to introduce penalties for excessive appealing. The following was borrowed from Cricket Victoria’s code of conduct:

The areas of major concern which are unacceptable to Cricket Victoria are:
…
– The excessive number of frivolous and ridiculous appeals, primarily aimed at pressuring and intimidating the umpire into a favourable decision.

This is classed as unsatisfactory behaviour and is considered an offence against the MCC laws of cricket.

Something similar needs to be introduced to Tests and offending players penalised – not with monetary fines but with the loss of World Test Championship points and/or bans from international games.

Umpires also need to be empowered to back themselves when it comes to stumpings and run-outs in particular. Way too much time is wasted reviewing these decisions, mostly because umpires seem to refer nearly all for review even if the batsman’s out of the ground by some distance.

With three umpires on the ground there should be no need for DRS reviews for these decisions, so it becomes an umpire’s call. If it’s later found the three guys got it wrong, which should rarely happen, that’s simply the luck of the draw.

If all these points are introduced, the final contentious point should be included, and that is to give up to five DRS reviews per innings. The whole point of reviews is to do away with the howler, but in its current format a side can easily use up its two reviews in the first 20 overs. That does not stop umpires from making bad decisions for the rest of the innings, but the team without reviews has no comeback, which seems manifestly unfair.

Umpiring is a thankless job and Test umpiring, with so much pressure to get it right, is horrendously difficult. If changes such as these were introduced, it would take a lot of pressure off the men in white, speed the game up and make Test cricket more enjoyable to watch.