Here are the ratings for the third Test between Australia and New Zealand.

New Zealand went into the third Test with five changes from their second Test team, thanks primarily to an illness that ruled out Mitchell Santner, Henry Nicholls and captain Kane Williamson. Meanwhile, Trent Boult was out with a broken hand, while Tim Southee also wasn’t playing as a result of, I dunno, peer group pressure?

Great to see that playing for New South Wales now gets you an automatic spot in the New Zealand side as well.

Before the Test began, news also broke of the ICC’s plans to truncate Test matches to four days instead of the current five.

I have no evidence, but I suspect England are the ones behind this push, conspiring to decrease the length of Tests one day at a time until they get them down to the format they’re good at.

Nevertheless, I stand opposed. If anything, Tests should go the other way. I’m officially starting the push for six day Tests of 75 overs per day.

Benefits of this plan:

Despite all the proposed mucking about with the length of Test matches and New Zealand’s cunning gastrointestinal distractions, this Test followed a similar pattern to the others in the series. Australia batted first and made 454, with Marnus Labuschagne inevitably contributing 215 of them.

It’s been quite the summer for Marnus, whose name, incidentally, is an anagram of summer (assuming, that is, you’re terrible at spelling).

In the last few months, we’d already seen the version of Labuschagne that gets his 50s three at a time, a good upgrade on the Ashes version from the middle of last year that only scored them in single bursts. But this four-at-a-time patch that saw him score a maiden double century was something else. It also allowed him to surpass Steve Smith to become second on the list of all-time Test averages.

The relentlessness of the Australian attack left New Zealand struggling to avoid the follow-on. This was a problem, as Matt Henry had somehow found a way to break his thumb while bowling. As such, when the ninth wicket fell with New Zealand still 18 runs short of avoiding the follow-on, it must have been tempting for stand-in skipper Tom Latham to ask Aussie captain Tim Paine if he planned to enforce the follow-on so he’d know if Henry was needed to come out to bat.

But if he’d done so, there would still have been the risk that Paine would lie, say he wouldn’t enforce it, then chuck the Black Caps back in when Henry was a no-show. That would have been unsportsmanlike, sure, but also funny, and hence okay. Just like the underarm.

In the end, Henry did come out to bat, and more importantly, lose his wicket, doing his part to help raise money for bushfire victims. Great stuff. 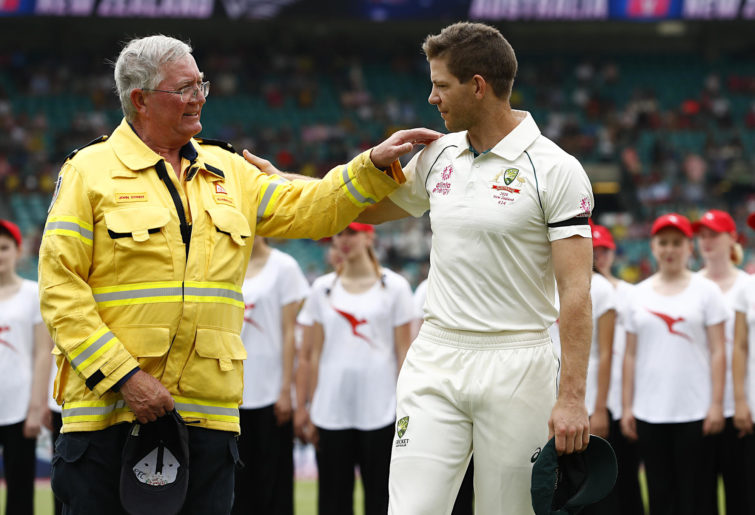 Confused? You shouldn’t be. It was just a simple case of penalty runs for running on the wicket being retroactively applied to New Zealand’s first innings.

I suppose if they weren’t applied to the first innings, then Paine could have chosen not to declare in the second innings and batted until stumps on the final day, denying New Zealand their penalty runs. Again, an unsportsmanlike tactic, but funny, and hence, acceptable.

But having the penalty runs applied retroactively was weird too. If Paine had enforced the follow-on that had later been rendered invalid by the penalty runs, then that would have thrown the entire order of the Test into confusion and almost certainly required a do-over of the entire match.

Clearly, penalty runs should not apply to any innings but instead live in their own limbo dimension, outside of conventional time and space, like God or a Windows 10 update.

Not that it mattered. Australia, having set New Zealand a penalty-run-adjusted target of 416 for victory, ran through them for just 136 runs, with Lyon taking another five-wicket haul to finish with ten for the match.

But despite the fantastic contributions of all those players against Pakistan and New Zealand in the home Tests, there’s no doubting who has been the outstanding cricketer of these two series.

This, truly, has been the sumnar of Marnus.