The summer of Marnus

“This is gonna be my time. Time to taste the fruits and let the juices drip down my chin… I proclaim this the summer of George!”

So said the great George Costanza in the Seinfeld episode of the same name, on discovery of a three-month payout after being fired by the New York Yankees, promising to use this time for exciting new pursuits.

“I’m gonna read a book. From beginning to end. In that order,” he said, in addition to a promise to take up frolf (“Frolf, frisbee golf Jerry. Golf with a frisbee”).

It was to be a wondrous time. A time of untapped freedom to do exactly as he pleased, without fear of anything or anyone. A time where anything imaginable could happen. Within that next three months, obviously.

Australian cricket’s new cult hero Marnus Labuschagne has just completed what the summer of George was supposed to be.

This Australian Test cricket summer has been his time. And he has well and truly tasted the fruits, with the runs flowing off his bat much thicker and faster and fresher than any juice could ever have dripped down George Costanza’s chin.

Coming off what had already been an unexpectedly great Ashes series in England, Labuschagne has had an truly extraordinary home series against Pakistan and New Zealand. 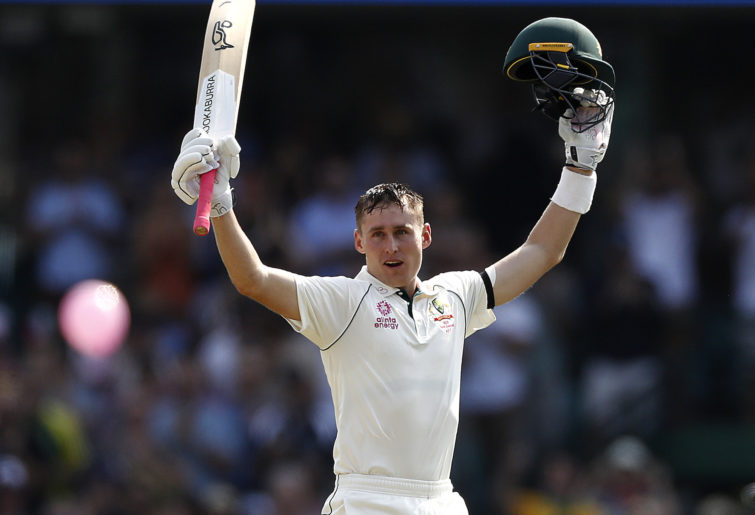 And perhaps the best way to put context around what Labuschagne has done this summer is to look what his performances have overshadowed.

David Warner, for example, has just peeled off a 786-run summer with three centuries, one of them being his incredible unbeaten 335 in Adelaide against Pakistan.

He made 489 runs in two digs against Pakistan, and then against New Zealand he made a 19, four scores between 38 and 43, and the 111 not out in the second innings in Sydney.

But at the moment, his Adelaide triple is the only thing sticking in the memory of the average Australian fan.

Warner finished the Test season averaging 131 and it will be largely forgotten.

So too will Steve Smith’s domestic summer, which after his Ashes run fest will look like he’s horrendously out of form.

Smith finished with 254 at 36, and made just the two fifties in the first innings of the Melbourne and Sydney Tests.

And when you think about it, it’s not that long ago that an under-performing Steve Smith would’ve been cause of worry around the Australian team, such did he carry the side in England.

But this summer, and despite the fact he went past Greg Chappell on the all-time Australian runs tally, it’s almost like he’s hardly been missed at all. Which is an incredible thing to write!

So let’s break down Labuschagne’s summer.

No problems. This was the summer of George.

Labuschagne went big in his maiden Test century, with 185 against Pakistan in front of family and friends in Brisbane. And then he followed it up with 162 in Adelaide.

Into the Trans-Tasman series, Labuschagne kept going, piling on 143 and 50 in Perth, 63 and 19 in Melbourne, and then the magnificent 215 and 59 in Sydney to claim the most obvious player of the series award since, well, Warner against Pakistan.

A whopping 896 runs from eight innings, to finish the summer with an incredible average of 112.

Only Ricky Ponting and Matthew Hayden scored more runs in an Australian summer, and they did it twice each. But they both required ten innings in 2003-04, and they did it in 14 innings during the seven-Test 2005-06 summer, when Australia also played the six-day Test against a Rest of the World XI.

Labuschagne’s Test record now tallies 1459 runs at an average of 63.43. And with not one red ink among his 23 innings. After looking anything but a Test number three this time last year, he now has eight fifties and four centuries, and has scored 1249 runs since August.

Meteoric doesn’t do justice to the Queensland right-hander’s sensational rise up the ICC Test batting rankings, where this time last year he was tracking well beyond a hundred but now sits at number four.

Away from what he brings to the team in terms of his batting, his energy around the team is top shelf. But that also makes him the target of so much of the inter-team sledging, which has been genuinely hilarious this season. Especially when Labuschagne is bowling.

Tim Paine's merciless sledging of Marnus' bowling might be the highlight of this summer:

"So you want to set a field for a legside full bunger?"

And that’s always the sign of a happy team. When someone is copping all the ribbing within a team and appears happy to wear the target on their back, there’s few issues within.

Labuschagne is now one of the first players picked in the Australian side, and is now all set to transfer this incredible form into the one-day format, where you expect he’ll debut in India in a few weeks.

In the Seinfeld episode, the summer of George doesn’t go well at all, with Costanza becoming slobbier and lazier than he was before and ultimately ending up in hospital after falling downstairs.

But the summer of Marnus has been every bit as entertaining.