Undoubtedly, Manly’s remarkable resurgence from the doldrums of seasons past was primarily down to the mercurial Des Hasler – a man so deeply engrained in the club’s history, there should be a statue of him erected outside Brookvale Oval when he steps away from the game.

As part of the Hasler effect, players that were barely known in 2018 become household – think Reuben Garrick, Moses Suli and Manase Fainu.

Fainu, in particular, announced himself as one of the game’s premier up-and-coming dummy halves, alongside Parramatta’s Reed Mahoney and the Roosters’ Sam Verrills (who so happens to be a Sea Eagles junior from the Avalon Bulldogs).

The rise of the Tongan rake was so impressive, Hasler saw it fit to move on Apisai Koroisau to clear up salary cap space. Said space was rightly allocated to the brilliant Trbojevic brothers – two players at the top echelon of NRL superstars.

By moving Korisau on however, Hasler unknowingly led the Sea Eagles into the great unknown.

Indeed, as we near toward the doorstep of season 2020, Manly are without a recognised number 9 – at least for the short term.

So should they go to market and pick up Jake Granville or Danny Levi? Should they look to their NSW cup rake, Zach Dockar-Clay? Or is the answer to craft and mould another member of the existing top 30 into a dummy half? 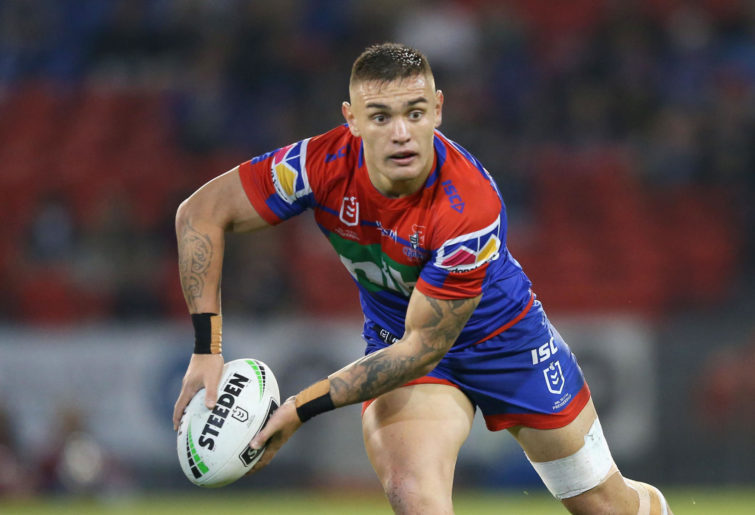 Option one is probably the safest, but it is also limited. Granville and Levi are fantastic dummy halves – one has a premiership ring (and was integral to that side) and the other has several caps for both New Zealand and Samoa.

They’d be serviceable options but both players have probably shown us their best football however (Levi, at 24, may defy this assumption). Another sticking point is that they’d represent a further cost to a salary cap that is apparently full to the brim.

Option two, promoting Dockar-Clay, is being championed by and former Blues five-eighth Jamie Soward, who believes the youngster has the necessary attributes to thrive in the NRL.

Option three however – specifically the re-crafting of another Avalon Bulldogs junior in Cade Cust – is the option Hasler should and most likely will take.

Cust is a tough, crafty and diminutive half who won the last ever Under 20s competition with Sea Eagles in 2017.

After making his NRL debut last season, many fans and commentators were taken aback by his willingness to throw himself into battle. He announced himself as the sort of player who isn’t afraid to roll his sleeves up and do the tough stuff – an attribute not normally associated with halves.

It is certainly an attribute fundamental to surviving and thriving as an NRL dummy half however, and this is why Hasler should turn to the kid from Scone-via-Avalon when deciding who starts at hooker against Melbourne come Round 1.

Along with the aforementioned toughness, Cust has a neat kicking and passing game that would not only ensure adequate service but also give the side another playmaking option alongside Jake Trbojevic (arguably the game’s first halfback-lock) and the halves.

There is no doubt Cust is an NRL player and had this vacancy not arisen, Hasler would have done his best to squeeze Cust into the top 17 every week – likely as an auxiliary 9 off the interchange bench, or a classic No.14 if you will.

But a greater opportunity has now presented itself.

A hallmark of great leaders is the ability to find opportunity within disorder. This is certainly the situation facing Des Hasler – so in Cust he should trust.