Fresh off match figures of 10/118 at the SCG, stocks in Nathan Lyon have probably never been higher than they are right now.

The man with a shortlist of sensational nicknames – GOAT, Garry, Gazza – has firmly cemented himself into the upper echelon of spin bowlers. That statement may feel like slight hyperbole to some, but Lyon has earnt his praise.

Despite bursting on the scene Lyon has long felt like a quiet achiever, providing stable performances and getting clapped for when he exceeded expectations. This is no longer the case.

When discussing the Australian cricket team, the spotlight is typically on top-order batsmen (David Warner and Steve Smith) and the fast bowling cartel. It must be noted this summer has felt like a long welcoming party for Marnus Labuschange.

The fact is aesthetics matter, and watching Warner take on the new ball or Pat Cummins bowling the likes of the gem that bowled Ross Taylor in Monday’s play is why the majority of casual fans come to the cricket ground. Subsequently, people tend to like to read and talk about these things as well.

Lyon, and off-spin bowling in general, has a tendency to not be as visually pleasing. Lyon is a traditional off-spinner who rarely rips the ball dramatically. Despite his limitations, Lyon excels by relying on a combination of tactical nous, flight, dip, natural variation and consistency of line and length.

I find spin bowling one of sport’s great art forms; never boring, always intriguing. However, regardless of your views on the visual appeal of continual stock balls and mental battles, its effectiveness over nearly a decade is undeniable.

Long before behind Australia’s flashy Test cricket resurgence, from a very rare away Ashes victory to a typical summer of cricket as Australia feasted on what looked like two teams completely out of its depth; Nathan Lyon has been a constant. Accurate, reliable, consistent, valuable and holding down an end allowing some of the world’s best fast bowlers to continually build pressure.

It’s time we recognise his greatness.

A former Adelaide Oval ground staff member, Lyon’s rise to the baggy green was swift compared to many. The leading wicket-taker in 2010-11 BBL for the Redbacks, he debuted for South Australia in February 2011 before an Australian call up in August 2011 (aged 23) where Lyon became just the third Australian to take a wicket with his first ball and first since 1894.

Lyon entered the Australian cricket team selection discussion when selectors were still stuck in a post-Shane Warne spin cycle. From Nathan Hauritz to Jon Holland and even Beau Casson; if you showed moderate talent in the spin bowling space you were given a shot.

Naturally, most spinners getting picked came with huge expectations and unfortunately most folded trying to deliver while playing in the enormous shadow of the greatest leg spinner we have seen.

Lyon would hold down his position as Australian number one spinner for two years. Things got a bit more volatile approaching the 2013 Ashes. Despite taking match figures of 9/165 in a losing effort to India in Chennai in March; Lyon would be dropped for the Ashes in July in favour of the flavour of the month Ashton Agar.

Despite returning for the third Test in Manchester, a shift in how the inner ranks of Cricket Australia viewed Lyon had clearly occurred. Selectors found themselves once again searching for the flamboyant prestigious talent rather than the consistent, reliable overs offered by Lyon.

Despite struggling to cement a spot in the shorter forms of the game, Lyon would rarely have to ever prove his worth again when wearing the whites. Lyon would do so via the weight of numbers and match-winning performances.

Over the following years Lyon would slowly build the GOAT resume. He reached 100 Test wickets by December 2013 before passing Hugh Trumble with his 143rd wicket in June 2015 to become Australia’s leading off-spin wicket-taker.

200 Test wickets by July 2016, more Test wickets than anyone in the world in 2017 and Australian men’s Test player of the year in 2018. He finished 2019 as Australia’s third-highest wicket-taker of all-time behind only Shane Warne and Glenn McGrath.

In addition to the duration and regularity of his success, Lyon has produced similar figures both home and away – slightly superior away as you would expect. Providing a wicket-taking outlet for what is now collection of captains regardless of the conditions; a priceless commodity.

Producing on the dust bowls throughout Asia and on the flat roads at home, Lyon’s reliance on his ability rather than conditions has certainty contributed to his overall value.

He provided top match figures for an Australian in Asia (13/154 against Bangladesh) and the best innings figures by a visiting bowler in India (8/50). Lyon has taken five wickets in an innings against every opponent he has faced and produced vital match-winning Ashes performances including his 5/50 second innings haul against England in the 2013 Boxing Day Test and more recently 6/49 when ripping through England in the first Test at Birmingham in 2019.

Versatile, consistent and damaging; Lyon is a bona fide match-winner. 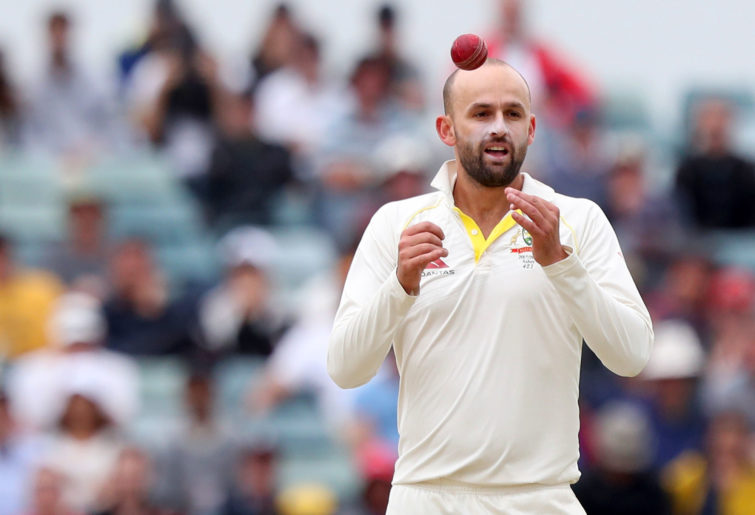 As mentioned earlier Lyon has limitations. He often fails to drop his speed below 86-88kph when it seems beneficial, can be expensive, can be predictable and fails to turn the bowl dramatically on a consistent basis.

However, I believe at this point we are cherry-picking weaknesses in a game that has provided such success. Lyon is what he is, and everything says he is very, very good.

Currently the 16th highest wicket-taker of all time and basically a lock to finish top ten (43 wickets required), Lyon now has more Test wickets than a long list of some of cricket’s most famous names. In 2020 Lyon will likely go past Curtly Ambrose, Wasim Akram and possibly even Dale Steyn.

It’s a serious resume put together by a master of his craft.

Lyon has long passed Hugh Trumble in terms of wickets by an Australian off-spinner, and has no peers when discussing off-spin bowlers for his country. Remarkably, Lyon has separated himself from all spin bowling peers to such a degree comparisons to Warne no longer seem required.

As part of the generation that grew up mimicking Warne in the backyard, we now hear “niiiice Gary” when we hit the nets. Nathan Lyon is iconic.

He is the GOAT off-spinner, and he will be for quite a while.