The bottom of the table Newcastle Jets will face top of the table Sydney FC in a clash that will test both sets of players physically and mentally.

After it was rumoured it would be postponed due to the smoke and ash from Australia’s horrible bushfires, the A-League decided conditions would not make this game unsafe for players and spectators, and it’s been confirmed to go ahead as scheduled.

Newcastle Jets
The Newcastle board made a brave move on Monday by sacking head coach Ernie Merrick. Straight away fans protested, saying that the players were more to blame than the coach himself.

Current W-League head coach Craig Deans have been put in charge for the meantime but has stated that he is not aiming to become a full-time A-League coach and that he is enjoying his role.

It helps Deans that his W-League clash tomorrow has been postponed, but it will be a challenge to motivate a team that has lost by four goals in three of their previous four games.

Deans has singled out the players, stating that if a coach gets sacked the players are at fault, but also said they need to believe they can make finals.

It looms as a tricky task for the Jets; they have conceded the most goals in the league and are coming up against the team that has scored the most, but there remains fresh hope for the home team.

Newcastle Jets squad
The Jets are boosted by the return of star striker Abdiel Arroyo from a hamstring injury that kept him out for around a month. Arroyo has only managed one goal in five appearances this campaign but brings more to the team than goals.

His positional play is good and most importantly he knows the role of a striker, something the Jets have been missing. 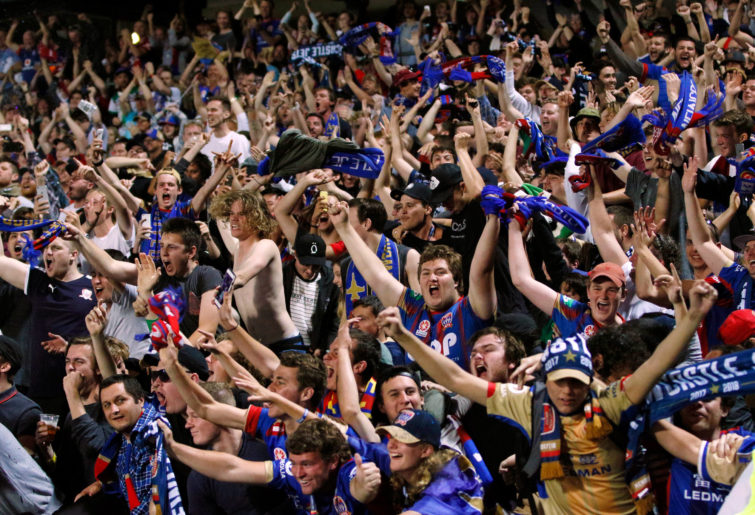 He holds the ball up excellently but also has the pace to get in behind the defence, and he could be the key if Newcastle stun Sydney. He will most likely return to the starting XI.

Sydney FC
Bad is looming for Sydney FC, with Brandon O’Neill set to depart to Pohang Steelers according to SBS.

The fee is set to be in between the $250,000 and $300,000 region, and reports suggest he has already agreed to personal terms with the Korean club.

Though there has been no official statement from Sydney FC, people are inclined to think that Paulo Retre is now good enough to start regularly in O’Neill’s role.

The positive news for Sydney is that with O’Neill gone, there will be more room in the salary cap which could allow both Andrew Redmayne and Luke Brattan to re-sign.

Sydney FC are unbeaten in their last nine games, with the Sky Blues looking to push that figure into double digits against the Jets.

Sydney FC squad
Milos Ninkovic has returned from a rest week and will most likely start here at McDonald Jones Stadium. The bad news for Sydney comes in the form of suspension, as Luke Brattan has picked up five yellow cards.

The defensive midfielder has been instrumental for Sydney this season, and while only contributing directly to one goal, he has often been the man to break lines with his passes and get his team out of trouble. While Anthony Caceres is likely to replace him, I would love to see Ryan Teague get given a run.

The 17-year-old has come up through Sydney’s youth teams and is currently the captain of Australia’s under-18 side. Steve Corica needs to get him to re-sign and with O’Neill set to leave, he could become an important squad player. Now would be the perfect time to start him. 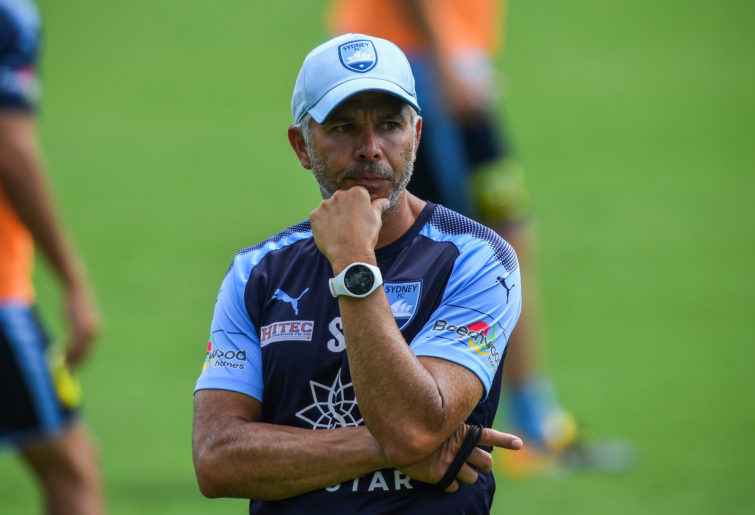 Predicted match result
While it looks like the classic David versus Goliath encounter, I can see Newcastle coming away with at least a point. Sides are unpredictable after changing coaches and the Jets may surprise Sydney.