Think back to the offside rule changes, first in the 1920s and then again in 1990, or the back-pass rule that prohibits goalkeepers handling a ball from a teammate’s pass.

This season brought with it new changes designed to revolutionise the game once again. While much of the talk around the new rules have come from the arguments around VAR, the inches that dictate whether one is offside or not and the endless confusion of the handball rule, perhaps the rule that has had the biggest impact is the goal kick.

Before, the goal kick required all teams from both sides to be outside the box. If the receiver touched the ball inside the box, it would have to be retaken.

This season the team with the goal kick are allowed to have as many teammates in the box as they wish, which brings with it some very interesting consequences that Western United in particular have been keen to take advantage of.

The biggest benefit for teams that wish to have defenders in the box is that if the opposition wants to press, they now have a far bigger space they have to cover than they used to. If the strikers want to wait on the edge of the box for the play to restart, the midfield and defensive line have to push up in line to reduce the gaps behind the forwards or risk surrendering space to the team in possession. 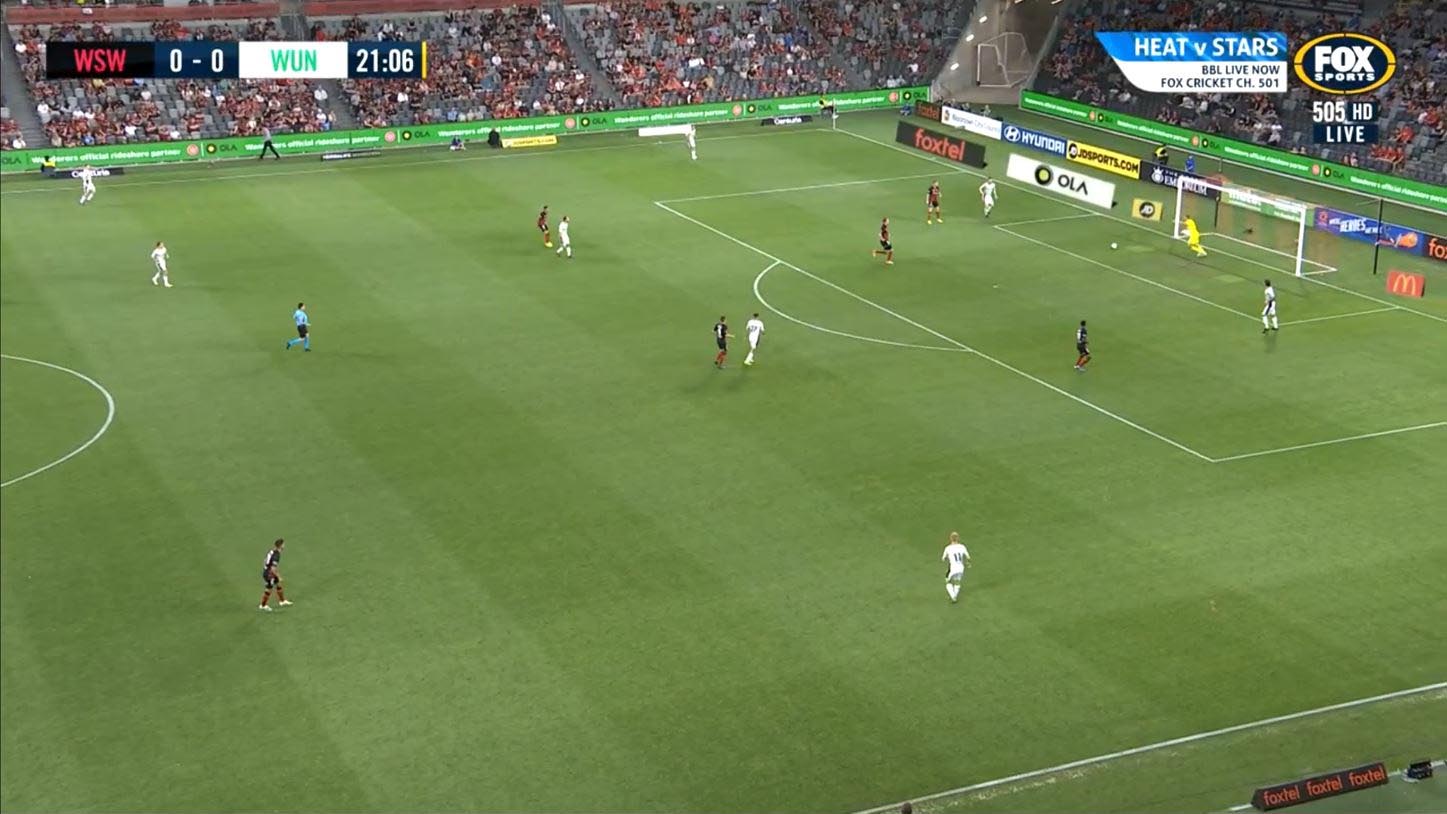 This screenshot taken from Western United’s match against Western Sydney Wanderers in December is an excellent example. With Wanderers pushing forward to pressure the United defenders in possession, there’s now a giant space in midfield for United players to receive the ball.

This match was one of the more interesting tactical battles, with Markus Babbel keen for his players to press while Mark Rudan was insistent that they play out from the back to create the gap. There were a few close calls for United defenders, which is the inherent risk with playing this style, while Babbel had set up his own answer if the press was beaten.

Almost every time after United would surpass the first line of defence and find themselves with plenty of space in midfield there was a Wanderers defender ready to foul them to disrupt their game. It might be cynical, but it was undoubtedly effective.

Following the match, which ended as a 1-1 draw, Rudan admitted that his team practice their goal kicks extensively and credited his opponents for their defensive efforts.

The first half, full of short passes to exploit the space in behind the Wanderers forwards, was very different to the second. Given all the fouls, Filip Kurto was instructed to take it long into the left channel rather than have play stopped further down the pitch as well as carrying a risk if they lost possession in a dangerous area.

United’s fixture against Brisbane Roar showed a different tactic where instead of looking for aerial passes near the half-way line after inviting the press United instead looked to keep the ball on the ground and play down the flanks.

Make sure to turn on sound for the above video, which has the commentators questioning United’s commitment to building out from the back while also suddenly realising the huge benefits of the short goal kick.

United quickly move into a situation where they are two on two with the Roar defenders, and although nothing comes out if it, most coaches would happily take any opportunity for their forwards to drive at the defence like this.

What is most interesting about United being one of the few teams to have a clear plan when it comes to goal kicks is that they are probably the team that is most comfortable without the ball. United like to defend by controlling the space and then use the creativity of Alessandro Diamanti to quickly pounce on the counter-attack.

However, the goal kick provides an excellent opportunity to do exactly that. By pushing the opposition defences into their own half, they have enough space to then launch a quick attack that resembles the transition play, which is their bread and butter.

As Rudan said, though, he does have multiple plans for how he wants his team to take goal kicks. Often against teams that have a more structured pressing, such as Melbourne City this past week, Kurto took it long to the left looking for Connor Pain or Besart Berisha.

Still, they were not aimless punts that you might see from other A-League teams. There was a clear plan involved with consistency to take advantage of their own strengths or their opposition’s weaknesses.

Goal kick is a set-piece just as much as a corner kick or a free kick are. There are limitless formations and strategies that can be taken from the restart of play. Rudan is willing to experiment and Western United are reaping the rewards for their innovative strategies.

Shabab Hossain
Expert
Shabab Hossain is a football writer with a specific interest in statistics and tactics. He digs deeper than most into the game to find out how and why your favourite team is performing the way they are.
close