If you blinked, you might have missed Caleb Timu.

The powerhouse No. 8 seemed to exit Australian rugby just as quickly as he entered it.

Timu’s career in Australia was brief but eventful. He rose rapidly to play for his country in 2018 less than two years after switching codes from rugby league to union.

Just over a year later he was gone. Timu was prised away from Australian rugby midway through last year by Montpellier Herault of the French Top 14 competition. He penned a two-year deal with the club with whom he is now toiling away in his maiden campaign.

It was two years ago that Timu really made his mark in Australia. In his first full season of Super Rugby he established himself as the starting No. 8 with the Queensland Reds. His eye-catching physicality and bullocking runs made him one of the standout performers in the competition.

Wallabies selectors were swift to take notice. With an Irish invasion looming that June, Timu got the call to serve his nation.

“It came pretty fast as at that point I’d played just half a season of Super Rugby,” he says. “I didn’t expect it to come that quickly, but it was a really special moment. I was on a bit of a high.” 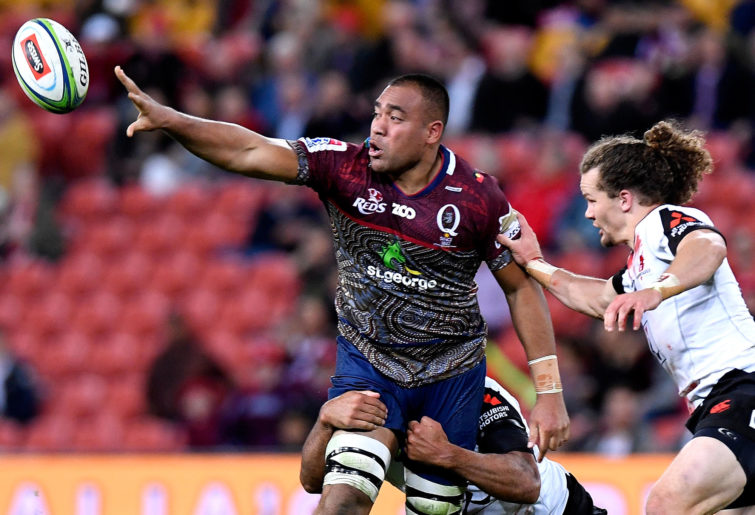 Timu played in the first two Tests in that series – the only two he would play for the Wallabies. A knee injury in Game 2 cost him any chance of suiting up in the series decider.

“I did my syndesmoses in the second Test. But even if I was fit, I didn’t play as well as I would have liked to. I definitely didn’t feel like I played my best footy. Not at all,” he admits.

After missing out in the Rugby Championship, Timu’s next opportunity with the national team came later that year when his number was called for the three-Test tour of Italy, Wales and England. But he turned it down.

As a husband and father of two, Timu was already finding it difficult to balance the responsibilities of being an international rugby player and a family man.

“Being in elite rugby and with the Wallabies made the travel quite extensive. I found that when I was with the Wallabies I wasn’t at home a lot. I decided not to go on the end-of-year tour, which I got selected for. It’s tough being away from the wife and kids,” he says.

Timu had committed to another season with Queensland in 2019. His third season with the Reds would turn out to be a comedown from the heights of the previous year.

He played in only seven games with six of those coming off the bench. A five-week ban for fighting in a Queensland club rugby game only compounded a lacklustre first half of 2019 for the 25-year-old.

Timu’s playing future was then up in the air. Continuing to play in Australia was an option but he also had suitors from abroad, including in the UK and Europe.

“We had opportunities in England. I was speaking to my wife, and the lifestyle factor was a big thing. Speaking to people in England – most of the time it’s raining and the kids are inside, so we had to take that into account,” he says.

Montpellier seemed to tick the most boxes. Timu felt that a base in the south of France would be the best fit for living in a pleasing climate and fulfilling travel ambitions as well as striking the best work-life balance.

His decision to sign there seems to have been vindicated. Since pulling on the blue and white jersey Timu has been his old destructive self. He scored a meat pie in his first match and has not looked back since.

“It’s been good. It’s a really good club and I’m enjoying it,” he says. “French rugby is a little bit different to rugby in Australia – it’s quite set-piece dominated and the forwards touch the ball a bit more I think.”

As a member of the forward fraternity, that’s a nice fit for Timu. He has now played ten matches for Montpellier between the domestic league and the European Champions Cup.

He feels that he is becoming a more complete player in his new environment. Magpie-ing balls at the breakdown is a new skill that he has developed quickly.

“I got my first ever pilfer over here in my first game,” he says.

“Everyone is trying to steal the pill over here, whereas back home teams aren’t as offensive at the ruck. To survive, every team has to get the ball back. That is one thing I’ve had to adjust to, and I’m learning a new skill, which is cool.” 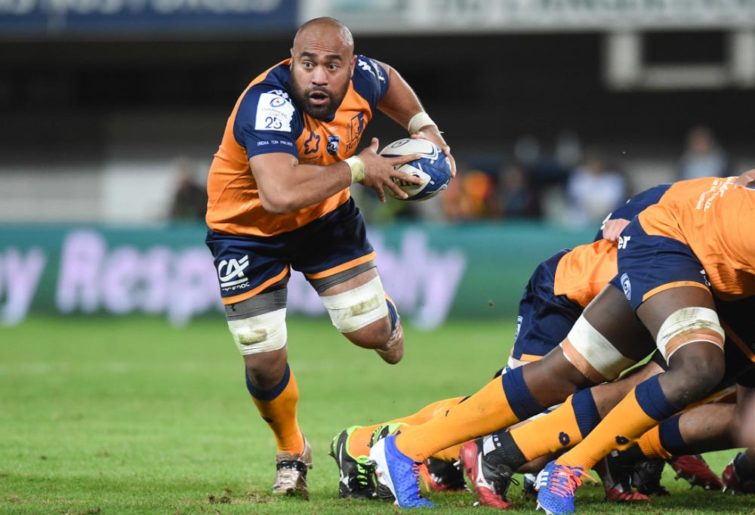 Montpellier have been a competitive side in the Top 14 in recent years. They have never won a domestic title but came close by making the final in 2011 and 2018. They captured the European Challenge Cup four years ago, which is the club’s biggest achievement to date.

Of course playing in France means that Timu has had to learn a new language. Gaining a command of Francaise has been challenging for him thus far.

“It’s something that I’m working on and that’s a tough thing. The club offers classes, but like anything, learning a language is never easy. Once you’ve got it, though, it’s great. I’m just going through the tough times now to try and get it down pat,” he says.

The lingual barriers don’t seem to be turning Timu off his French adventure. He confesses that a return to Australia is not imminent.

“No, not anytime soon. Maybe towards the end of my career if an opportunity is available. The wife and I are happy here and we want to stay as long as we can.

“I guess it’s not just the lifestyle but the money as well. Money talks. Having a family and coming back at this stage, I guess, would not be the best thing financially. That’s definitely a factor,” he says.

Timu’s priority is providing for his family, which is always an honourable intention. At just 25, though, Aussie rugby fans may feel that he got away from them much too early.

They had only just got to know him.