Melbourne Rebels recruit Andrew Kellaway says he’s disappointed by the departure of Jack Maddocks even if it helps him break into their Super Rugby line-up.

While sad to see Jack Maddocks leave Melbourne, new recruit Andrew Kellaway knows it could also help him break into the Rebels Super Rugby starting side.

Maddocks departed the Rebels earlier this month to join the Waratahs, citing a personal desire to shift home.

Kellaway was disappointed to lose his former schoolmate without playing a game together, even if it could work in his favour.

“There’s lots of depth in the outside backs but it does make life a little easier for people like me trying to break in there.”

Standing in his way are current Test players Marika Koroibete, Dane Haylett-Petty and Reece Hodge while Billy Meakes, Tom English and Campbell Magnay are among the other contenders for starting positions.

A stand-out of the Wallabies’ World Cup campaign, Koroibete in particular has impressed Kellaway.

“He’s very fast, very strong, he gets on with his work and doesn’t say much.

Kellaway has also been soaking up the knowledge of Rebels skipper Haylett-Petty, whose career followed a similar path with an early stint in Super Rugby and then a stint overseas before returning to Australia.

“He’s a quality player for me to be able to sit there and pick his brain and watch what he does, probably more off the field than anything, that’s pretty cool,” Kellaway said.

Spending the past 12 months playing in the UK with Northampton and Counties Manukau in New Zealand, Kellaway returned to Australia with the ultimate goal of a Wallabies berth.

The 24-year-old, who had 25 Super Rugby matches with the Waratahs between 2015 and 2018, hoped his versatility would be an advantage as well as his oversea experience.

“I can fit into multiple spots and that’s valuable asset for the team,” he said.

“It’s not something you want to do all the time but if it’s beneficial for the team than that’s the way it’s got to be.

“I feel like I’m in the best place I’ve been for a while with my rugby and I probably wouldn’t be there if not for my experiences.”

Last week’s column outlining just how big an off-season the leading Australian No.10 candidates around the country face drew a really interesting discussion, and naturally, it got me thinking ahead to next year, and to a few players who for varying reasons find themselves under the pump. 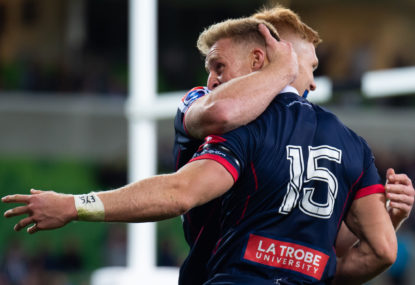 You don’t need to be a rugby genius to know why the Crusaders dominated Super Rugby again in 2019 – their third successive championship, and tenth overall. 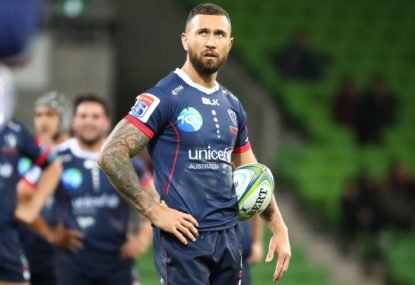 The Wrap: Only one Australian finalist a poor Super Rugby return

In 1976 the film ‘The Song Remains The Same’ documented a series of 1973 concerts by legendary rock band, Led Zeppelin, held at New York’s Madison Square Garden.

The Wrap: Only one Australian finalist a poor Super Rugby return

The final round of the regular season saw the Chiefs spank the Rebels, the Jaguares claim second spot, the Brumbies bash the Reds, the Sharks edge the Stormers and the Hurricanes pip the Blues. 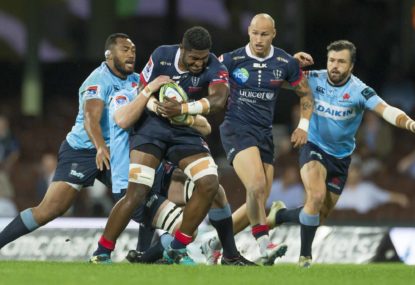 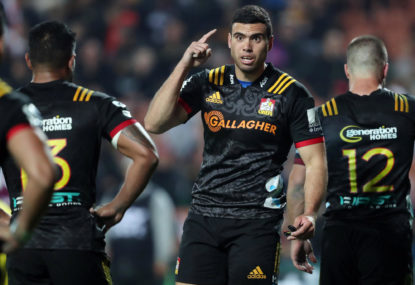