David Warner (128*) and Aaron Finch (110*) ran amok as they compiled an unbroken 258-run partnership, the highest against India in ODI history.

After enduring a trough in one day cricket across 2017 and 2018, Australia have now won 16 of their past 19 matches. What makes that run all the more remarkable is that every one of those 19 matches have been played away from home.

That includes nine consecutive wins in Asia – four in India and five in the UAE – a region where they had labored badly for several years prior to this hot streak.

The tourists were impressive in the field, bowling out India for just 255, before Warner and Finch demolished an elite bowling attack.

That pair’s aggression against the new ball rattled the home side. Quality quicks Jasprit Bumrah and Mohammad Shami were unusually loose and even the fielders were off the boil, with misfields costing nine runs inside the first seven overs.

Finch was terrific in the power play, staying leg side of the ball and keeping his front leg clear to counter the Indian strategy of targeting his pads. Again and again he caressed the ball to the offside boundary with lush timing.

Then, after a slow start, Warner found his rhythm as he tucked into rookie quick Shardul Thakur, who bled 32 runs from his first three overs. By that point India had lost all control of the match and their opponents went into cruise mode. 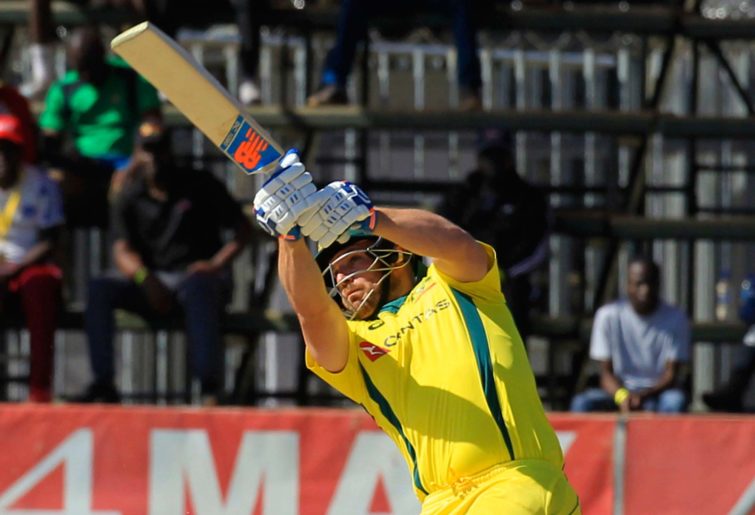 Earlier, Australia produced a disciplined and well-rounded effort with the ball to limit a powerful batting line-up to a total that was probably 50 runs below par on a good surface for batting.

After failing to gain swing early on, Starc cleverly sent down a cross-seam delivery to Sharma. The ball gripped in the pitch and held up, which caused Sharma to get through his stroke too early as he chipped it straight to mid off to leave India 1-13.

That was a monster wicket, given that Rohit had made an incredible 2072 runs at 62 against the Aussies in this format.

Dhawan and classy number three KL Rahul counterpunched, scoring at a run a ball, until Australia turned to spin. While the scorecard doesn’t reflect this, the visiting tweakers played a key role.

In the 12.1 overs they sent down together to Dhawan (74) and Rahul (47), that pair conceded just 4.8 runs per over. Agar targeted the pads of both batsmen, denying them room to free their arms, while Zampa kept them guessing by mixing up leg breaks with googlies and sliders, varying his flight and pace all the while.

The pressure they slowly built saw Rahul run down the pitch at Agar, who beat him in the flight to gift Steve Smith a catch at cover.

This persistence paid off, with this wicket opening the floodgates.

In the next over a leading edge from Dhawan lobbed to mid off to give Cummins (2-44 from ten overs) his first wicket. Zampa pouched a sharp return catch shortly after to dismiss Indian megastar Virat Kohli.

The 27-year-old has a fine record against Kohli, with six wickets at 27 against the skipper. That wicket exposed the only real weakness in this fine Indian side – an unproven middle order.

Starc (3-56 from ten overs) and Kane Richardson (2-43 from 9.1 overs), who both bowled well, returned to make further inroads as Australia took wickets at regular intervals.

Agar’s figures were dented late in the innings but by then he had already achieved his main task – to put the brakes on in the middle overs. In his first eight overs, the left-armer went at a miserly 4.3 runs per over, helping to choke the Indian innings.

This was a risk that paid off – in selecting Agar at seven they bolstered their bowling significantly at the cost of weakening their batting. Whether it is a viable long-term strategy only time will reveal.