After only 13 games Melbourne Victory’s board have made the hasty decision to remove Marco Kurz as head coach seemingly due to disappointing results.

Kurz becomes the second coach to be sacked in the new decade, following Ernie Merrick’s dismissal at Newcastle Jets.

However, whereas letting go of Merrick made sense given the results stemming back to last season, Melbourne’s decision to fire Kurz is far more perplexing.

Last month I wrote about how Kurz would need to make some big changes to his overall structure if he wished to succeed at one of Australia’s biggest clubs. Since then Victory were beginning to move themselves up the table with two wins and a last-minute loss to Central Coast Mariners.

More important than the final result, though, is the fact that the performances suggested Kurz was leading the team in the right direction. The attack looked to have belatedly figured out a plan with Robbie Kruse leading the line while Ola Toivonen was suspended.

The stats back this up, with Victory’s expected goals (xG) difference in the past three games far better than previous weeks, with the defence also proving themselves to be impenetrable at the back.

According to Wyscout, against the Newcastle Jets and Melbourne City Victory’s shots were worth 3.17 and 1.88 xG value respectively while conceding 0.71 and 0.48.

The Mariners game showed that while they were a bit more open defensively, aside from the penalties, Victory were largely still the better side when it came to creating chances. The penalties could be debated either way, but at the very least Kurz finally had his team playing to the same beat.

Which is why I find the call to let him go at this time very perplexing. 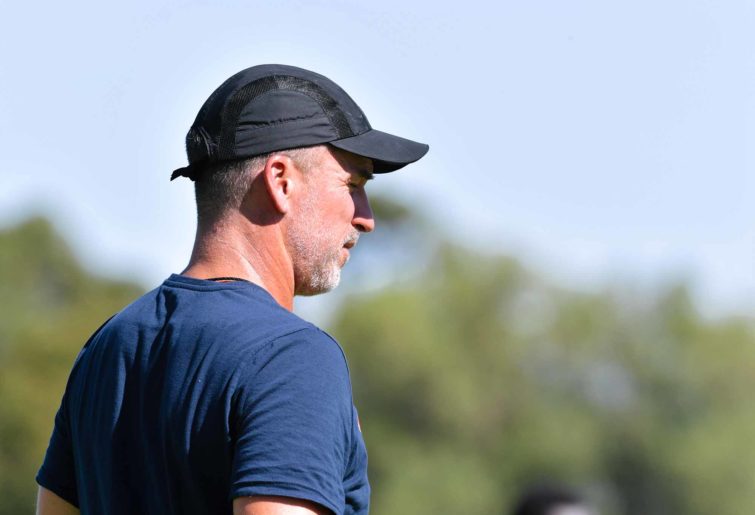 Without relegation there is no serious punishment for finishing near the bottom of the ladder. Regardless, Victory are sixth placed anyway and I think have enough to make the finals come the end of the season.

I understand that football is a results-based business, but performances can provide a far greater indicator of future results than any one score line could.

Western Sydney Wanderers are an excellent example of this. They were undefeated in their opening four games but played poorly. Eventually the results caught up with the horrid displays.

On the other hand, Perth Glory, last year’s premiers, were at the bottom of the table, but as I predicted, they moved up the table just as expected given their strong performances.

At the very least Victory should have given more time to Kurz to see if he could continue the gradual rise back to the top third of the table.

Now that Kurz is gone, assistant coach Carlos Salvachua has been promoted to the top job and it will be up to him to decide whether he wants to continue playing in his predecessor’s style or take a completely different approach.

The most important decision he’ll have to make regarding this is how to get the best out of his midfield. Kristijan Dobras, the most advanced midfielder, is reportedly on the way out of Victory, while Jakob Poulsen and Migjen Basha at the base of midfield have been average.

If Salvachua can manage to get the duo flowing with the rest of the squad, there is plenty of potential to turn the team into one capable of going far in the finals.

The two midfielders seem far more like players who like to express themselves with the ball at their feet rather than fight scrappy battles for the second ball. Kurz’s direct strategy did mean that occasionally the Victory midfield were outmuscled and ran past by fast opponents, especially on the counterattack.

It will also be interesting to see if Salvachua continues to play Anthony Lesiotis as a right-back where he excelled under Kurz this season. Traditionally a defensive midfielder, it is possible that Salvachua decides he wants someone a more physical holding player at the base with Basha and Poulsen pushed further forward.

It is a harsh decision for Kurz to take, but it will now be up to Salvachua to steady the ship that has already been rocked once in recent months when long-time legend Kevin Muscat left the club.

Perhaps a certain Kiwi Messi, Marco Rojas, could be the co-captain on the treacherous waters?