Here are the ratings for the second ODI between India and Australia.

Australia won the toss and Aaron Finch decided that since they hadn’t lost a wicket in a one-day international during this entire decade, they’d stick to chasing, thanks very much.

Sensible planning – if you and Dave Warner have to do all the batting, you don’t want to waste energy batting first for the entire fifty overs. No, just bat long enough to get the winning total.

Of course, with Finch and Warner planning to do all the batting, the decision to not stack the rest of the side with bowlers made little sense. I wonder if that occurred to Finch at any point. Say, when Kane Richardson started channeling some strong Melbourne Renegades vibes on the way to figures of 2/73 off his ten overs. Or when Starc also became an honorary Renagade with figures of 0/78.

The reason that the bowlers’ figures were being pummelled was due primarily to Shikhar Dhawan and Virat Kohli, who put on a century partnership together.

The effortlessness of their run-scoring made it tempting to check out the South Africa-England Test that was taking place simultaneously. Especially when word came through that Kagiso Rabada had been suspended for shouting at a stump.

Further research revealed that it was marginally more complicated than that. Rabada’s shouting at the stump had received a demerit point because it was feared that it might upset Joe Root, who was nearby and who he’d just dismissed.

While that’s still a silly reason to give a demerit point, it was also only 25 per cent of the reason he was suspended. The other 75 per cent of his suspension came from three earlier demerit points he’d already accrued.

You may recall that Rabada was similarly suspended during Australia’s last tour of South Africa after bumping into Steve Smith while also on three demerit points. (Although you’d be forgiven if you didn’t recall that. The suspension was rapidly overturned on appeal and then other events even more rapidly overshadowed it.)

But surely there needs to be a system put in place to let Rabada know when he’s on three demerit points. Even an SMS from the ICC saying ‘hey, K! you up? just letting u know u have 3 dmrts, lmao’ would suffice. After all, surely if Rabada knew he was on the brink of suspension, he’d be more careful to not even flirt with any kind of unruly behaviour.

Regardless, England were winning that Test, so any temptation to watch it for a while were soon quashed. Especially when Dhawan started batting in the ODI in a manner that could only be described as ‘thrillingly hatless’.

Of course, he then inexplicably put a helmet on to face Ashton Agar. If anything deserves a demerit point in cricket, surely it’s that.

Dhawan was eventually caught on the boundary by Starc for 96 to end the partnership.

Kohli was also later caught on the boundary by Starc for 78 by one of those toss-it-to-your-teammate catches that the Indian cricket board will therefore be outlawing later today.

Still, assuming the BCCI don’t get their way for some reason and those catches are allowed to continue, isn’t it time for the credit for the catches to be shared on the scorecard?

Because yes, Starc ended the dismissal with the ball in his hands. But it was Agar who did all the delicate work on the boundary edge, dancing along it and tossing the ball to his teammate at the right moment.

How hard would it be to have it recorded in the score book, run out style, as ‘caught Agar/Starc, bowled Zampa’? Knowing cricket, impossibly hard for some unfathomable reason. So why not a compromise? Why not have portmanteaus for the fielding combination and credit the catch to that.

‘Caught Stagarc, bowled Zampa’. That’s got a ring to it.

Spirit of Cricket
Grade: B+

Even with Dhawan and Kohli out, KL Rahul came in and smashed a rapid-fire 80 to see India to a total of 6/340. Very considerate of India to give Warner and Finch a chance to both make 150s this time, instead of the mere centuries in the first game.

Earlier in the week, Kohli had been given a Spirit of Cricket award by the ICC for telling English people that booing Steve Smith was getting kinda dull. Annoying, because I was saying that for ages and I didn’t get nuthin’ from the ICC.

Anyway, giving the Australian openers a chance to make joint-150s was presumably Kohli’s first foray into going back-to-back with the Spirit of Cricket award.

Great work then from Warner to be dismissed for just fifteen and deny Kohli this shot. It’ll be intriguing to see what the Indian captain’s next ploy is. 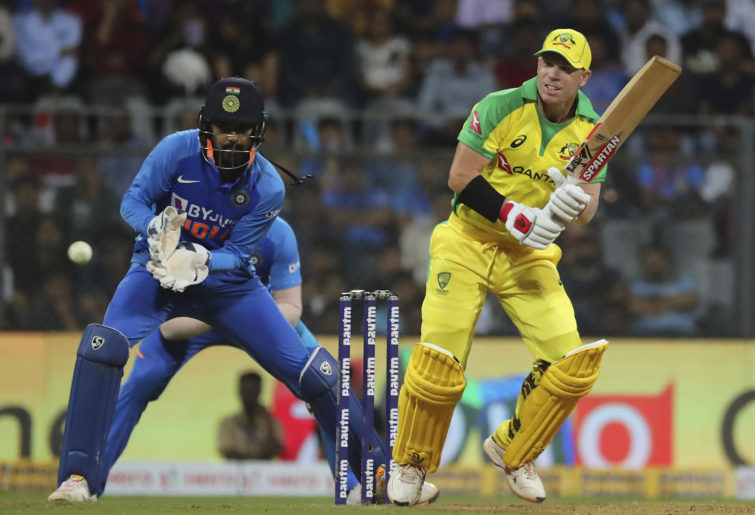 After Warner’s dismissal, Smith came in to anchor the innings and did so splendidly, making 98 from 102 balls. Marnus Labuschagne also anchored the innings, scoring 46 from 47 balls in his first ODI innings. But Aaron Finch’s anchor was the heaviest of them all, as he made 33 from just 48 balls. After all three were eventually dismissed, Australia needed 120 runs from 61 balls to win.

The required run rate proved too hard for Glenn Maxwell to run down. Especially from his home in Melbourne. Another disappointing effort from the mercurial Maxwell. Time to give somebody else a chance, surely.