There's only one solution for the UFC's biggest problem

In a sport of non-stop action, the UFC has a problem with words.

However, it’s probably not the descriptors that first spring to mind that are the issue.

While adjectives such as ‘brutal’, ‘barbaric’ and ‘bloodthirsty’ are bound to be used to describe the fight today between Conor McGregor and Donald Cerrone at UFC 246, these are actually a boon for the Las Vegas-based promotion.

Dana White and his team know the hand-wringing brigade will never be their market, but marketing their sport as something intense and primal definitely appeals to their core audience.

So it’s not words of viciousness and violence that are cause for concern.

Rather, the problem with the UFC is superlatives.

The greatest of all time. Best fight ever. The first athlete in history to have achieved [insert accomplishment here].

It’s not that these titles are lies, it’s just that it’s a bit like me saying I hold the record for being the only writer in Roar history to have written opinion pieces about rugby league, rugby union, cycling and MMA.

Sure, it’s true, but it’s also coming from a super limited sample size.

A quick bit of history on the UFC.

The Ultimate Fighting Championship – now known as UFC 1, much like the movie Star Wars is now called Episode IV: A New Hope – was held in 1993 in front of an audience of fewer than 8000 people.

“That show [the first Ultimate Fighting Championship event] was only supposed to be a one-off,” White said years later.

“Never in a million years did these guys think they were creating a sport.”

While a sport did grow from this one-off event – one worth billions of dollars – to say the UFC dates back to 1993 wouldn’t be a fair characterisation.

UFC 1 is probably best remembered for having ‘no rules’ – there were actually three rules: no biting, eye-gouging or groin shots – but the aspect I find fascinating was that it was supposed to answer the question of which martial art was most effective.

As a result, the participants included proponents of kickboxing, karate, boxing, Brazilian jiu-jitsu (BJJ) and even a sumo wrestler.

Royce Gracie, who was a black belt in BJJ, won the inaugural event and while that sport stands independently of MMA, many a modern UFC fighter has a BJJ background.

Nevertheless, while the promotion dates back more than 25 years, the UFC as we know it today is hugely different from what was seen at McNichols Sports Arena in November 1993.

From there, the promotion had a troubled existence, with late Senator John McCain a particularly vocal opponent. However, it came to be accepted around about 2000, when the UFC held its first sanctioned event, UFC 28.

My point here is that we’re dealing with a sport that’s really only 20 years old.

And that means ‘making history’ is a lot easier than, say, in boxing, in which the Marquess of Queensberry Rules date back to the mid-19th century.

As a result, McGregor’s record of being the first man to hold titles in two weight divisions simultaneously – which he accomplished in 2016 – is certainly an achievement, but one that was ripe for the taking in such a young sport. In boxing, you need to be a triple champion – have titles in three weight classes – to be considered of note. 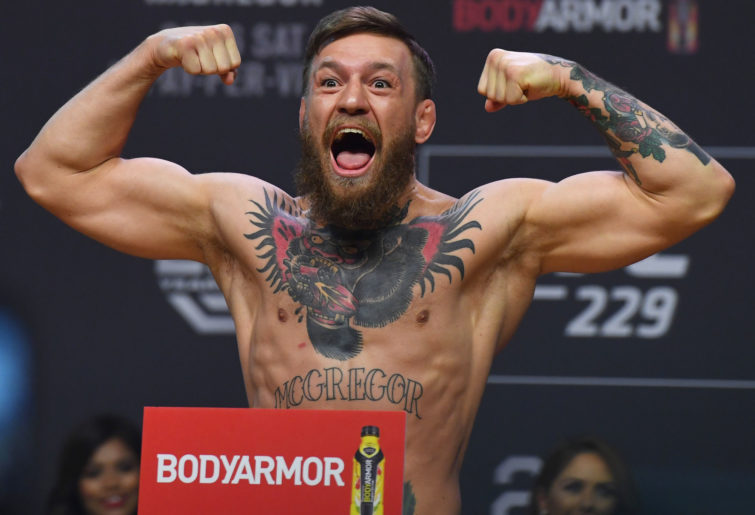 Likewise for Donald ‘Cowboy’ Cerrone – the 36-year-old holding the record for most wins in UFC history sounds great until you find out that’s a grand total of 23. Compare that to a 20-year-old Mike Tyson, who had 27 professional wins to his name when he beat Trevor Berbick to become the youngest heavyweight champion in history.

Then you’ve got Ronda Rousey, who was regarded as the greatest women’s UFC fighter of all time – but then that’s almost guaranteed when you’re also the first woman to be signed to the promotion. And while her impact on the sport obviously has and will continue to go far beyond her achievements in the Octagon, her record of 12-2-0 across five years isn’t going to stand the test of time.

Of course, one of the greatest selling points for the UFC is that it’s not a sport for historians – it’s all about the future. And while boxing continues to draw the larger audiences and pay far fatter cheques, it seems a matter of when, not if, UFC takes over as the biggest combat sport on planet Earth.

And I’m just fine with that. While I’m not the biggest fight fan, the theatre and spectacle leaves of UFC the sweet science in the shade, even if top proponents of the older sport remain technically superior.

In short, I’m amped to tune in to this afternoon’s main event.

But regardless of the outcome, fans and pundits would do well to hold off on any definitive declarations of all-time brilliance.

Maybe, in the years to come, we’ll look back on today’s fight and be able to accurately place it among the greatest bouts to have ever taken place.

But when you have a sporting sample size of barely two decades, espousing superlatives rings hollow.

Much like the wounds inflicted in the octagon, the only salve for the UFC’s lack of history is the passing of time.

What a right hook by Gabe Rosado! 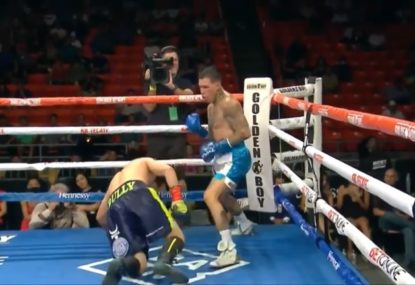