But with the Melbourne Stars locked away in top spot now, we’re left with the tantalising prospect of the remaining five teams fighting it out for the four remaining spots.

We’ll get to the run home for those five teams shortly, but first, the teams whose fate is known.

First – Melbourne Stars: 20 points, 11 games played
To come: Sixers in Sydney, Monday; Strikers in Adelaide, Wednesday; and Brisbane at the MCG on Saturday.

The Sixers Duckworth-Lewis loss to the Thunder on Saturday meant the Stars’ seven-point lead now can’t be caught, which in turn confirms them as host of the ‘Qualifier’ (first v second) at the MCG on Friday, January 31.

They should win all three remaining games, with perhaps only Brisbane next Saturday somewhat unpredictable. They’ve now got the opportunity to get time in the middle for guys who aren’t Marcus Stoinis, while Peter Handscomb and Adam Zampa will be back from India this week, too.

After Sunday’s loss to Adelaide, three wins would put the Hurricanes on 13 points, but with the five teams above them already in the 10 to 13-point range, it’s almost certain it won’t be enough to qualify. Hobart has suffered from a misfiring top order and have probably been one bowler short as well.

Hobart have reached the finals four times in eight seasons, including the last two on the trot, but they won’t be adding to that tally this summer. 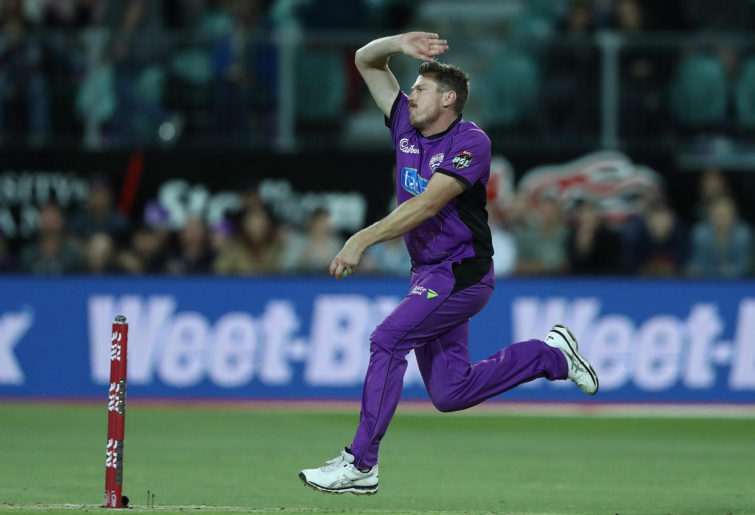 Eighth – Melbourne Renegades: 4 points from 11 games
To come: Hobart on Tuesday; the Sixers in Sydney, Saturday; and Brisbane at the Docklands next Monday.

Have won two on the trot now, and winning all three of their remaining game would push the Renegades to ten points, but that will probably only annoy them more after their horrendous start to the season. Should definitely have done better with the squad they had.

So then, onto the rest.

Second – Adelaide Strikers: 13 points from 11 games
To come: Stars on Wednesday; Scorchers in Perth, Friday; and Hobart next Sunday.

After their well-executed win over the Hurricanes in Launceston, the Strikers have jumped into second and have positioned themselves nicely to secure the remaining double chance.

With both Adelaide and the Sixers playing the ladder-leading Stars this week, two wins from their last three could still be enough to hold second if they can keep their Net Run Rate above the Sixers’.

Adelaide have batted beautifully in their last two wins, and have to be seen as genuine contenders.

Third – Sydney Sixers: 13 points from 11 games
To come: Stars on Monday; Heat in Brisbane, Thursday; and the Renegades on Saturday.

Two losses either side of a no result has seen the Sixers overtaken in the second spot they held for several weeks, but they now find themselves in danger of being caught by teams below. 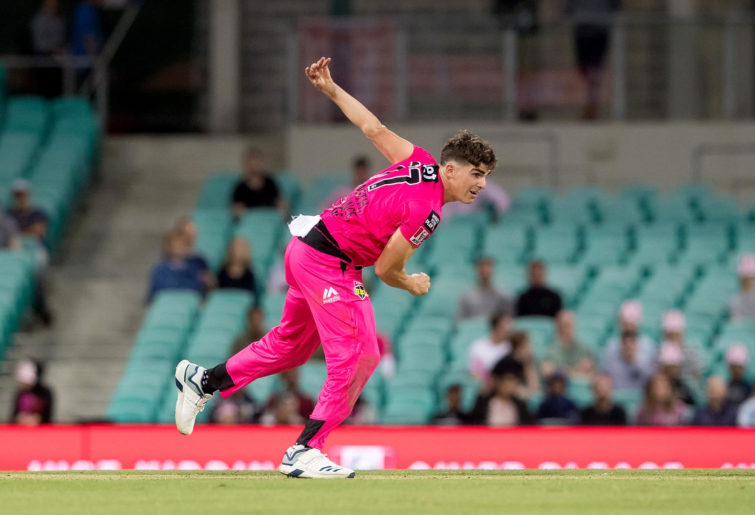 How much trouble are the Sydney Sixers in? (Photo by Speed Media/Icon Sportswire via Getty Images)

I don’t think they’re in danger of missing the finals, because they should win at least one of their last three. But the bigger issue for the Sixers is they’re not playing that well at the moment.

Regardless of the rain in last week’s Sydney Derby, being bowled out for 76 simply isn’t good enough for a top-two team, as they were at the time. They need their batting to fire again, and quick.

Fourth – Sydney Thunder: 11 points from 11 games
To come: Scorchers in Perth, Monday; Hobart on Friday; and Perth next Sunday.

Having twice lost to Duckworth-Lewis equations, as well as an earlier no result and a Super over loss, the Thunder finally had the cricketing gods smile upon them during the Sydney Derby, delivering a D-L win. And it could prove very helpful, with two games against suddenly battling Perth and another against Hobart this week.

17 points is within reach for the Thunder, who have actually played pretty consistent cricket for the most part this campaign.

Three wins will boost their NRR too, which looks quite likely to decide a few finals positions. I’m not sure if the Thunder are contenders, but they’re definitely going to put themselves in the frame.

Perth look in real trouble to me. Real trouble. Their bowling and Mitch Marsh’s bating appears to be the only thing that keeps them in games, and in the week alone, they’ve failed to chase down 141 at the MCG and have been bowled out for 86 at home.

I know that their schedule has been horrendous. But that’s only an excuse if they let be the reason they’re not playing well. When I first sat down to think about the run home for each team, Perth were the ones I was most worried about.

‘Were’ being the operative word.

Brisbane have forgotten how to bat, it seems. Their 10/36 collapse against the Renegades was officially the worst in BBL history on Sunday night, and it follows being rolled for just 100 at the ‘Gabba last Friday.

And now, the Heat have to try and overcome this completely shot confidence with three games in five days starting on Thursday.

Yet as we know, they remain a dangerous team. They’re just as likely to win all three remaining games as they are to get pumped. If they can somehow scrape into the Finals, they could go all the way.

But the way they’ve batted in their last two matches, you do have to wonder if missing the Finals might be about par for this most offensively inconsistent of teams.