The player’s box: Watching the watchers

As we take in the Australian summer of tennis this year, part of the coverage of each match will be the regular cut-away shots of each player’s supporter box.

The box has evolved over the years to a point where it’s as much a fixture of the game as the net that separates the players.

Observing the dynamic in each player’s box and applying it to what’s unfolding on the court often reveals more about the psyche of a player than a flubbed passing shot on break point. As a focal point of support, its importance to the player has become crucial.

It’s common to see a player’s box replete with an entourage, more commonly referred to in post-final victory speeches as the team. It used to be just a coach, but over the years it has evolved to include a physical trainer, sports psychologist, physiotherapist, racquet stringer, player agent, girlfriend, boyfriend, husband, wife, mother, father, brothers, sisters, sons, daughters, friends and celebrities. 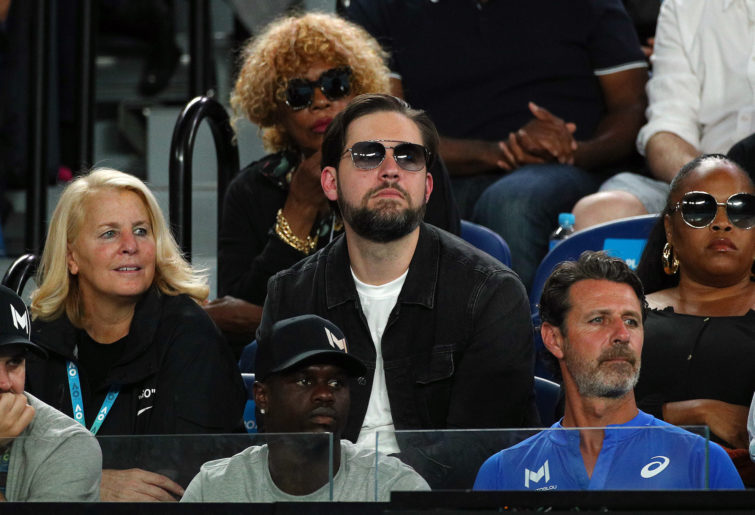 And don’t for one minute think that it’s a free ride for those sitting in a player’s box, especially if you’re sitting in Nick Kyrgios’ box.

The Kyrgios box is the toughest gig in town. The pressure is intense. You need to know not only when to cheer, when to stand and when to fist pump, but you also need to know how much emotion and physicality to apply to each gesture. One slip-up and you’ll be on the end of a humiliating spray viewed by millions around the world.

1. 1987 – An Aussie turns Wimbledon on its head
Pat Cash defeats Ivan Lendl in the Wimbledon final and dismantles Wimbledon protocol by clambering through the stands into his player’s box to celebrate and create a new tradition.

2. 2018 – Serena loses it
At the US Open final against Naomi Osaka, Serena Williams is handed a code violation for coaching from her player’s box. A second code violation follows for smashing her racquet and then a third, along with a docked game, for calling the umpire a thief. After the match, her coach Patrick Mouratoglou admits to the breach, but claims that all coaches do it.

3. The greatest Wimbledon men’s final ever – wake me when it’s over
As Roger Federer and Rafael Nadal battle out their classic 2008 five-set thriller, pop singer Gwen Stefani sits slumped in boredom, while her husband at the time Gavin Rossdale is perched on the edge of his seat, barely able to contain his excitement. The marriage ends in 2016.

4. 1995 – a kiss is just a kiss
In an effort to get under the skin of Andre Agassi during their 1995 US Open semi-final, Boris Becker blows kisses to Agassi’s fiancé Brooke Shields. Possibly the most blatant use ever of the player’s box as a strategic tool.