With matches scheduled in both Sydney and Perth over the next month, Australia have the opportunity to test themselves against some of the best nations in the world, including Belgium, Great Britain, Argentina and New Zealand.

The Hockeyroos returned to their high-performance unit in Perth in early January and have been back on the sticks for just two weeks.

Despite this, striker Grace Stewart is confident in the squad’s ability to compete over the next month.

“This is the fittest we have been as a team for a long time. Everyone is really looking forward to the challenges ahead in the next month and the energy in the squad is really high,” says Stewart.

That energy will be needed this weekend because the Aussies have lost to their opposition, Belgium, on the last two occasions the nations met.

When I ask Stewart what the squad needs to do to beat Belgium, she laughs and asks if this article is going to print ahead of the game. While she wouldn’t reveal any secrets, Stewart revealed the Hockeyroos are taking a different approach to the game and that spectators should expect a close contest.

For Stewart, these matches are crucial in the build-up to Tokyo.

“One of the best things about the Pro League is that it is the world’s best,” she says.

“Nine countries compete and every game you play is going to be tough. There are no easy teams in this competition, which is good for us.

“These are two really important weekends of matches for our squad. Every international we play from now on is important because we only have a limited amount before the Olympics so we want as much practices as we can get between now and when we leave for Tokyo.” 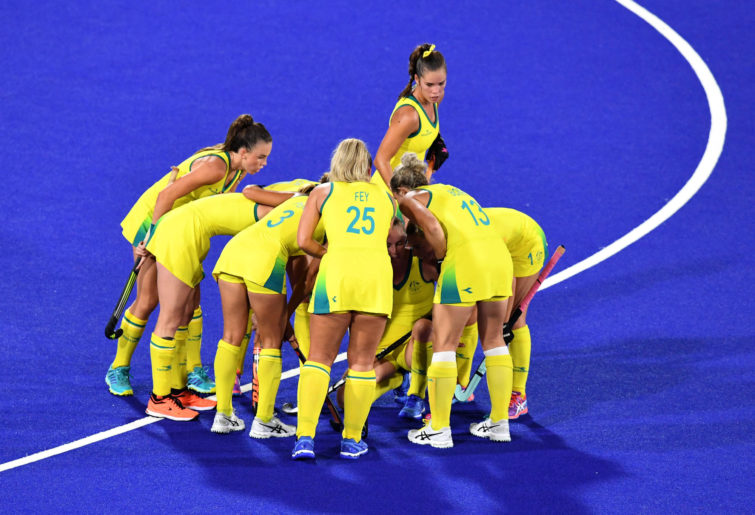 But for this team, conduct on the field is just as important as results.

Last year, the Hockeyroos were presented with the Sport Australia Award for integrity and fair play, largely due to their behaviour in a game against Belgium.

Prior to halftime, a goal was awarded to the Aussies, with the field referee and decision following video referral in agreement. But Emily Chalker, who had been awarded the goal, let the referee know she did not touch the ball, seeing the decision overturned.

“We are very honest and like to play by the rules. It would not have sat well with anyone in the team if we had claimed that goal,” Stewart says.

“I was on the field at the time and I know Emily Smith went up to speak to the referee but so did many members of the team to let the referee know that the ball had not been touched.

“It is obvious when you are on the field and something like that happens. In a game earlier in the year we had the same situation, where an opposition player had not touched the ball but still claimed the goal. As a team we were really upset about that so we didn’t want to do the same to another team.”

Australia lost that game, but continued to stand by the values that define the team.

“We have a lot of culture meetings where values like integrity and selflessness come up. We really strive towards these qualities, especially this year,” says Stewart.

For Stewart, the Pro League is another opportunity to impress ahead of the Olympics. Should Stewart be selected in the squad, it will be her second Games, after competing at Rio. That was a highlight of a whirlwind year – Stewart only made her international debut earlier in 2016.

“I still really can’t wrap my head around 2016. It was pretty crazy to go from making my international debut and then making the team for Rio,” she says.

“Walking out for that first game with the rest of the team and singing the anthem was so surreal, to think I was actually there. That’s the feeling I’m chasing and I really want to be there and make sure that the team does better than we did in Rio.”

Mary Konstantopoulos sits on the board of Hockey Australia.

AthleteTV is back for episode 3 and we have another impressive lineup of stars having some fun.

Jacob Anderson fired a superb hat-trick as Australia hammered Great Britain 6-1 to book their place in the final of hockey’s Pro League Grand Final in the Netherlands on Friday.