Powell has been the starting halfback in Canberra since 2017 and has earned four Wallabies caps in that time.

The 25-year old was one of the last players cut from Australia’s World Cup squad that made the quarter-finals in Japan last year.

Powell was pipped to the second halfback spot by England-based Nic White – who joins the Brumbies next season.

It means in 2020 Powell, who is off-contract this year, is not only playing for his Wallabies future but his club starting spot too.

But if Powell lights up Super Rugby then the Wallabies No. 9 spot is there for the taking after Will Genia left for Japanese rugby.

It all adds up to a high-stakes season for the surfer-looking university student.

Powell had a solid game against Fijian international halfback Frank Lomani as the Brumbies thrashed the Melbourne Rebels in a trial on Thursday.

He emphasised his focus was playing consistently for the Brumbies before thinking about international honours.

“First I need to be playing good footy for the Brumbies and making sure I’m the starting halfback,” Powell told AAP.

“If I can play consistently good footy then hopefully higher honours will come and I’ll force my way into the Wallabies.”

Brumbies coach Dan McKellar promoted Powell to vice-captain this season and backed him to have the best season of his career.

“He’s been outstanding in the pre-season,” McKellar said.

“I thought his kicking game (against the Rebels) was excellent. His pass and speed at the breakdown was good and he took his opportunities when they came.

“But the best part about his game is what he does in defence for us, he directs the big units around the ruck and he was good there again.”

Brumbies coach Dan McKellar has called for red card consistency in the Super League after Highlanders winger Sio Tomkinson got away with a dangerous tackle. 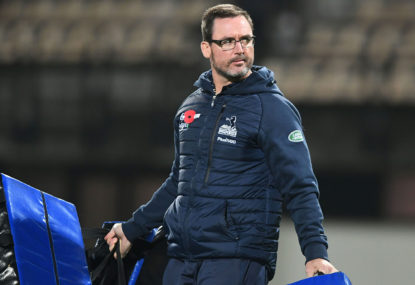 Heartbreak for the Brumbies after last-minute infringement cost them victory

A late yellow card and try helped the NZ side extend their winning streak over the ACT in the final minutes. 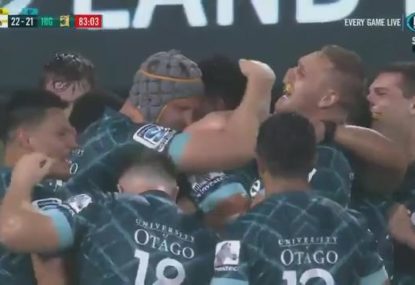 Heartbreak for the Brumbies after last-minute infringement cost them victory

Tom Banks was left stunned on the ground. 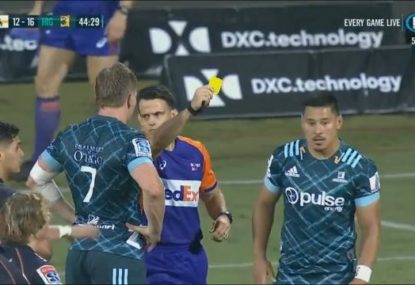 The king of the maul: Folau Fainga'a gets a hat-trick from the set piece

It was the ACT hooker’s fifth try of the season – scoring in all three games. 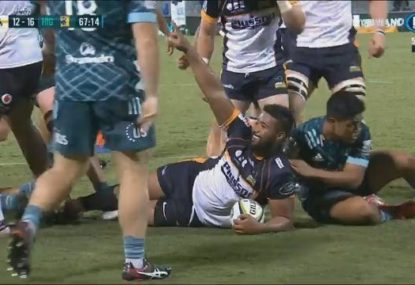 The king of the maul: Folau Fainga'a gets a hat-trick from the set piece

Brumbies coach Dan McKellar says “honest reviews” will keep his side grounded ahead of their litmus test against the Highlanders next week.