Why do we demand Roger's retirement?

Roger Federer is the only male player to rank number one in the world for more than 300 weeks.

He has won a record 20 grand slam titles and played in 31 grand slam finals. He is the only player to have reached 12 Wimbledon finals.

But the predominant question asked of Federer is when will he retire?

Federer turned pro in 1998. Federer is currently ranked number three in the world. In 2019, Federer won the Hopman Cup, the Dubai International, the Miami Open, Halle and played an epic five-set Wimbledon final against Novak Djokovic that no one could tear themselves away from. It was arguably one of the best tennis matches ever played.

He is still very much in form and a force to be reckoned with on the ATP tour. But the public continually asks Federer: “When will you retire?”

Is that ageist? Yes.

Is it warranted? No.

Is it appropriate? It isn’t. 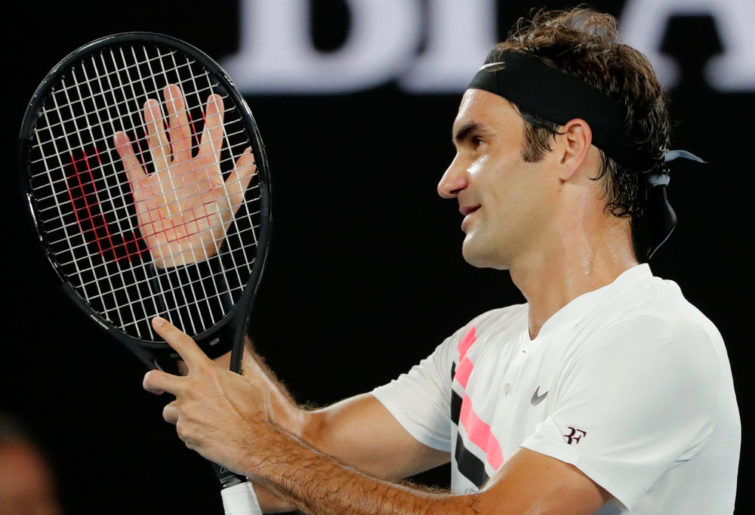 We live in a society where we are preaching about mindfulness – mindfulness to focus on the present without dwelling on the past or trying to predict the unknown future. So why do we think it is okay to project the future on Federer while he is participating in his present state? We all enjoy watching him play. Why don’t we just simply continue to enjoy seeing his incredible sportsmanship play out in front of our eyes? Apparently that’s too hard of a concept to handle.

We are a self-deprecating society at the best of times. We have a fear of failure and we project our fears on those who become easy targets. We are trying to find a level of acceptance with the prospect of Federer retiring now, rather than when Federer can exercise his own choice on the matter. As a human race, we like being in control. We are making peace with the fact that Federer will only win 20 grand slams. We are coming to terms with this reality before it has even happened.

Do you think that is fair on Federer? I don’t.

What has changed for Federer in the last few years? Why now are we asking the retirement question?

He has always chosen what tournaments he plays. He continues to compete in every grand slam. He gets frustrated when he hits his backhand into the net – he always has. He trains daily with his team. He is hard on himself and listens to what faults his team see in his game. He speaks up when he is tired or overworked, but also when he knows he hasn’t played his best tennis.

None of this is unique to the last few years of his career. He has been like this his whole career. Above all, Federer has been meticulously consistent in his approach on and off court since 1998.

So why do we keep asking Federer when he will retire? He lost a five set epic grand final at Wimbledon last year and the first question from reporters was: “have you thought about retirement?” I can confirm that the same question was not asked by anyone who lost the semi-final, quarter-final or in the previous rounds.

How would you feel if you were asked when you would be retiring after playing the most competitive tennis in the world? This question came after Federer reflected on that fact that he is training harder than ever before, out-playing competitors by focusing on strategic play rather than athleticism and keeping his head when times are tough.

Surely that has to start playing on Federer’s mind. A society doubting his abilities when he is providing proves that it is the case. All athletes go through peaks and troughs. What athlete has been more consistent than Federer for 22 years?

We are imposing our own insecurities on Federer and whether aware or unaware, we are affecting Federer’s mental state in the process. Have we ever stopped to think about what Federer wants in life? He’s only 38. Tennis may not actually define who Roger Federer is.

Tiger Wood’s accomplishments have merely defined only 20 per cent of his life span. But we have defined him based on his accomplishments only over ten years. Federer has another 40-plus years to work out what else he wants to achieve. Why as a society do we only consider these professional athletes during the times that they were number one? We are limiting him to being the GOAT at a point in time that retired at 38. It is all that we can really handle as a society. Anything more would be too complex.

I am asking you to stop focusing on what is next for Federer. He is a pleasure to watch and he is still right in front of you on the big screen winning matches and playing extraordinary shots. Yes, he might not he number one. Yes, he may lose points. But is this any different to any player in the top 30? It isn’t. It is even consistently the case for Djokovic and Rafael Nadal. We don’t ask them the same question we keep asking Federer.

Federer won’t last forever. But let’s not make Federer feel like we aren’t on his side. Let’s give him every chance he has to keep competing. Let’s believe in him. We don’t want to be the seed of doubt that Federer will come to remember us by. Federer is good enough in our eyes, we just fail to tell him that. Why? Because we want to try and control our future reality, and accepting 20 grand slams now is easier than being optimistic about a future that is unknown.

We will talk about Federer to our kids and our grandkids. Let’s do that with pride, rather than a sense of guilt that we didn’t enjoy him while he was right in front of us. Let’s be present, and let’s admire the GOAT.

A note to you, Roger Federer.

Please don’t retire. Don’t listen to the pessimists. They’ll only look to the past to remember how good you were and fail to tell the stories about what was right in front of them. You don’t need to win every game to be the GOAT. You just need to keep being the tenacious, level-headed, beautiful sportsman that you are. You don’t just influence society in the way that you play tennis, but in the way that you carry yourself, your charity and your sportsmanship. Playing tennis is only a chapter in your life. What you will do next will be what will continue to define you.

I’m so excited to continue to watch you play. I know it will be just as rewarding for yourself and us as a society. A point in time should never define a person and your impact on society will define you in a way that will far outlast your playing career.