18th – Sydney Swans
They have lost experienced heads such as Kieren Jack, Jarrad McVeigh and Nick Smith through retirement. The loss of quality and leadership will see younger players fill those spots.

Kaiden Brand, Sam Gray and Lewis Taylor will be handy pick-ups but won’t provide the quality to surge the Swans. And while Lance Franklin looks primed for a big season, it’ll be reminiscent of Brendan Fevola scoring a tally despite poor performers around him.

The Swans’ emphasis during season 2020 will be on developing a young squad rather than a surge for the top eight, hence their last-place finish.

New coach Matthew Nicks will look to establish a new playing structure and develop younger players in order to build a strong side and a winning culture for later years. This rebuild will come at the expense of results, therefore finishing in the lower rungs of the ladder.

16th – Gold Coast Suns
Like seasons past the Suns will start the year strongly and then capitulate throughout the later rounds. However, there will be signs of improvement along the way.

The acquisitions of Brandon Ellis, Hugh Greenwood and Zac Smith, who have all been part of successful clubs, will be influential this season in building a winning culture for the Suns. Younger players Noah Anderson, Izak Rankine and Matt Rowell will make an impact this season.

While there will be improvement, there is no reason to suspect they’ll fare much better than previous seasons.

15th – Fremantle Dockers
Justin Longmuir has a task ahead of him transforming the inconsistent defensive side we saw under Ross Lyon to a competitive side once again.

The losses of Brad Hill to St Kilda and Ed Langdon to Melbourne will be missed in season 2020, and the new acquisitions of Blake Acres and James Aish will slot into the best 22 but aren’t the calibre of players that can fill the void.

The Dockers needs to rebuild and place and emphasis on developing the younger players such as Bailey Banfield, Andrew Brayshaw, Adam Cerra and Hayden Young.

The Dockers will scalp wins like they did against Geelong last season but won’t fare better than seasons past. 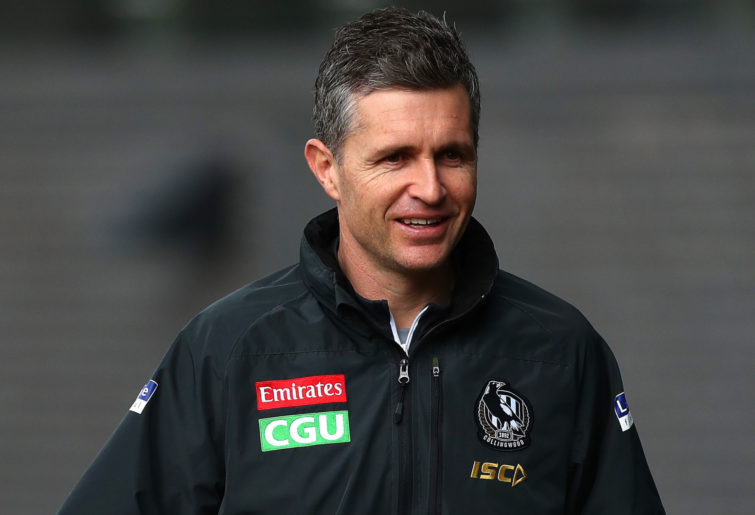 Justin Longmuir is the new coach of the Dockers. (Photo by Kelly Defina/Getty Images)

14th – Carlton Blues
The first full season under the David Teague regime will see the Blues make the first step in making their way up the ladder.

The Blues played exciting football under Teague in the latter part of last season. New recruits Eddie Betts, Jack Martin, Jack Newnes and Marc Pittonet will feature prominently this season. The return of Sam Docherty from injury will add some much-needed quality and drive the side has lacked in previous seasons.

The Blues are entering the first phase of a new regime, so the emphasis of this season should be to show signs of improvement and demonstrate there is an identity, which is something the Blues have lacked in previous years.

13th – Port Adelaide Power
The run and dash style of football that coach Ken Hinkley has implemented as coach has ran its course.

I expect season 2020 to be one where the Power go back to the drawing board and implement a new style of football that suits their list.

In seasons past the Power have finished below expectations. The recruits of seasons past such as Ryan Burton, Charlie Dixon, Steven Motlop, Tom Rockliff and Jack Watts were expected to bring the team forward, but have been inconsistent.

Their star players Travis Boak, Robbie Gray and Justin Westhoff are all in the back end of their career, as all of them were picked up in 2006.

There is an exciting core of younger players. Zak Butters, Xavier Duursma and Connor Rozee all look like they’ll be quality players, hence their development needs to be the focus of 2020.

Port are the most frustrating and inconsistent team in the AFL, and season 2020 will be the first season to remedy that, even if wins are compromised as a result.

12th – Melbourne Demons
The Demons are coming off the year from the hell, as injuries and poor performance hampered their 2019 season. They will bounce back this year, though won’t make the finals.

New recruits Ed Langdon and Adam Tomlinson will slot nicely into their best 22 and if Jake Lever and Steven May can recover from their injuries their back line will look solid.

Their first-year players Luke Jackson and Kysaiah Pickett look like exciting prospects and will bring X-factor but will need to develop in the VFL before asserting themselves in the side, although the Demons feel Jackson will play a large part in 2020.

Looking at the list, although it possesses quality players, it’s not strong enough to charge for a top-eight finish. 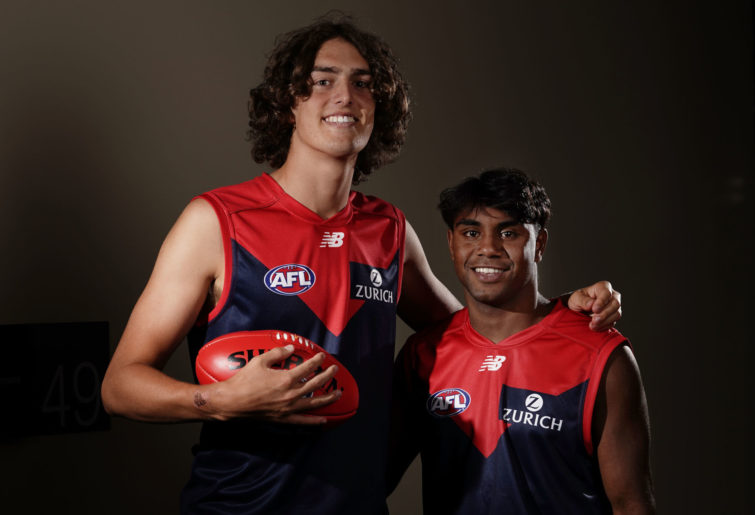 11th – Essendon Bombers
The club and supporters alike feel they are one of the better sides in the AFL. They boast a team full of quality players with Zach Merrett and Dylan Shiel stand-outs of the competition, and Devon Smith is set to return from injury.

But the Bombers won’t be doing much this season in 2020. The recruits have been lacklustre at best with Tom Cutler from Brisbane and Andrew Phillips from Carlton not the sort of players that are going to be part of team’s best 22.

While there is excitement around spearhead forward Joe Daniher’s return, his niggling injury has hampered his form in previous seasons. And with his move to Sydney coming to nothing, questions will be asked of whether he wants to be out on the park.

The poor form the Bombers displayed in the latter part of 2019 will be shown across the entirety of Essendon’s 2020 season.

Tenth – North Melbourne
It will another year for the Kangaroos of just falling short of the top eight as Rhyce Shaw will take the reins full time in season 2020.

Under Shaw last year the Kangaroos played attacking and exciting football. This is set to continue in season 2020, but with the quality of the Kangaroos’ back line and their forward line if Ben Brown isn’t firing it may see them exposed at times.

Nick Larkey, Bailey Scott, Cam Zurhaar and new addition Aiden Bonar make up an exciting core of young players, which will look to have an impact in season 2020.

Ninth – St Kilda Saints
The Saints during the off-season made a statement that they are ready to compete in season 2020 under Brett Ratten.

The recruits Ryan Abbott, Dan Butler, Brad Hill, Dougal Howard, Zak Jones and Patrick Ryder will play important roles in 2020 and will ensure the Saints are a competitive side throughout 2020.

With Josh Bruce moving to the Bulldogs and Jack Steven moving to Geelong, St Kilda made the right replacements.

St Kilda will make Marvel Stadium a fortress in season 2020, but their poor form away from the venue will make the difference between them making finals or not. 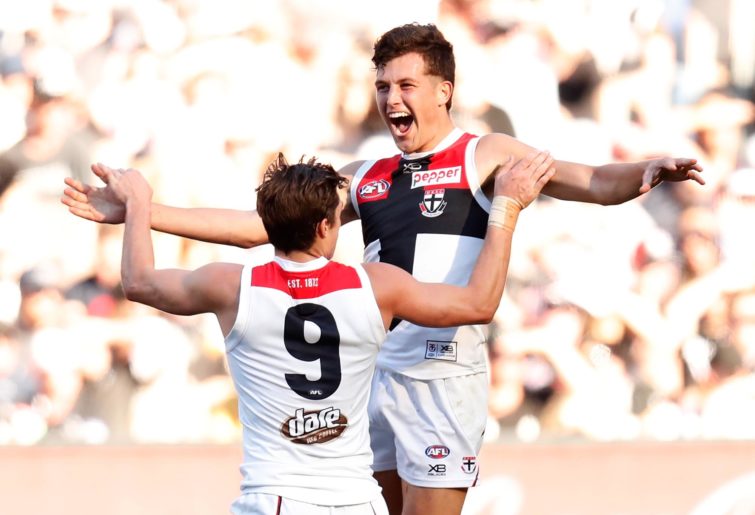 Eighth – GWS Giants
The Giants won the hearts of many AFL fans last September as many jumped on the Big Big Sound bandwagon on their way to the grand final.

Though the side is brimming with quality, they will be exposed this season defensively. Phil Davis and Heath Shaw are in the back ends of the career, Adam Tomlinson has moved to Melbourne and Jeremy Finlayson has found a new spot up forward that he’s thriving in.

The arrival of Sam Jacobs will be important as the Giants’ ruck stocks aren’t deep.

The Giants will impress in 2020 but won’t do much once September comes around.

Seventh – Hawthorn Hawks
While the Hawks won’t be back in premiership contention in 2020, they will make the first step in bringing back the glory days.

Jonathon Patton and Sam Frost will be handy acquisitions, and with the injury-ridden Tom Scully and Chad Wingard now coming into the season fully fit, the Hawks will be scary in 2020.

Their ladder position finish won’t be reflective of their quality of players, rather their inability to perform at Marvel Stadium. Given the side has five games there, it will result in dropped points.

Sixth – Brisbane Lions
The Lions took the league by surprise in 2019, going from bottom four to semi-finalists. The Lions in 2020 will end their season in similar fashion to 2019.

The Lions recruited smartly in the off-season, targeting players to fulfill a need, rather than adding depth. Callum Ah Chee, Grant Birchall and Cam Ellis-Yolmen will all be role players as the Lions look to push on.

The Lions will look to make the Gabba a fortress and they will not lose a game at the Gabba all season. They have been poor at the MCG, hence away games in Melbourne may result in dropped points. 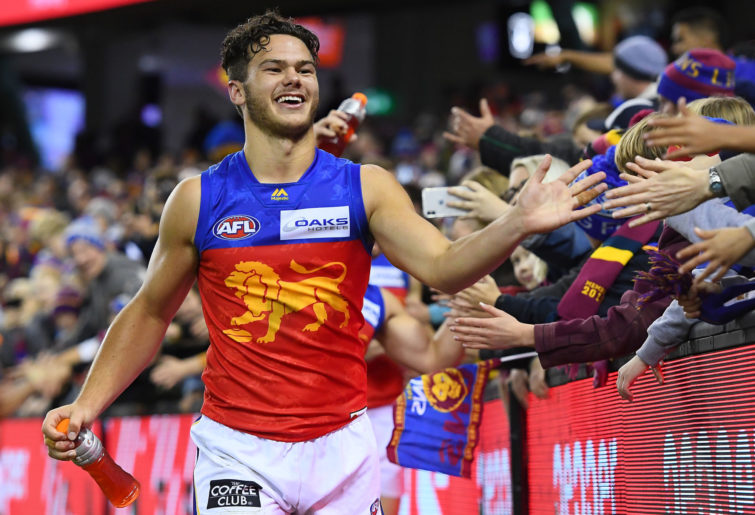 Fifth – Western Bulldogs
There is a lot to like about the Bulldogs. They have a large core of younger players coming through, while boasting one of their best midfields in the competition.

The acquisitions of Josh Bruce and Alex Keath will look to make an impact in key positions in opposite positions of the ground. The Bulldogs lacked firepower last season from some of their forwards, and Bruce will aim to remedy that. Keath has the size to impactful down back.

The Bulldogs will play the same brand of exciting football, which will see them be one of the better sides in 2020.

Fourth – Geelong Cats
The Cats like last year will do some damage and play a role come September as they look primed for a big 2020.

The inclusions of Josh Jenkins from Adelaide and Jack Steven from St Kilda will add quality and depth to the side, while youngsters Tom Atkins, Jordan Clark, Charlie Constable and Gryan Miers will look to improve after good seasons last year.

The loss of Tim Kelly to West Coast will be a factor for the Cats as quality like that is irreplaceable, but the Cats do boast quality throughout the midfield and should at least make top four. 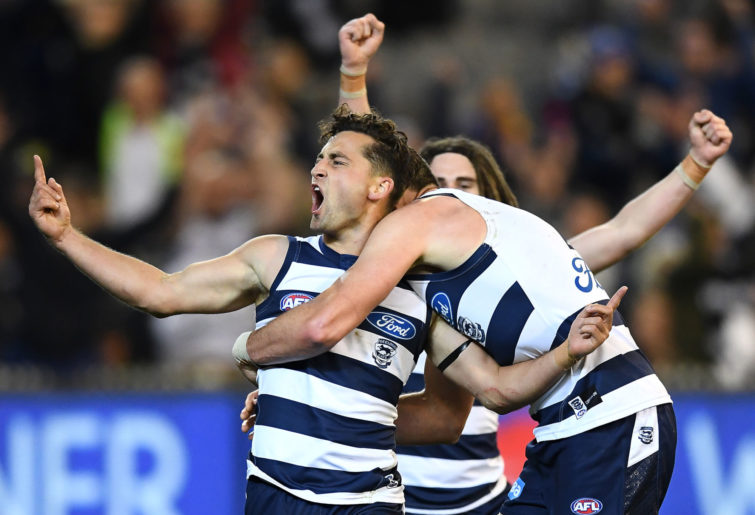 Third – Collingwood Magpies
This year for the Magpies is a make-or-break year. The premiership window is starting to close and there is pressure on Nathan Buckley and his men to deliver a flag.

Darcy Cameron comes in as the only recruit, while James Aish is the only player to have left in the off-season. Therefore, the Magpies still have a quality list, which should push for a flag.

Second – West Coast Eagles
The Eagles already boasted a star-studded squad. Then in the off-season they added Tim Kelly to the team, which further adds quality to the Eagles’ midfield.

The Eagles should aim to make Optus Stadium a fortress, trying to not lose a single game at home.

The Eagles look primed for a big season and I will not be surprised if they can go all the way in season 2020.

First – Richmond Tigers
No surprises here. The Tigers have been the benchmark of the AFL for the past three seasons and 2020 will be no different.

The team’s depth is as good as any in the AFL, and the team’s quality and unison on display is unmatched by any side in the competition.

If all things go right, the Tigers will finish the top of the ladder and be back-to-back premiers come end of the season.