Pamela Allen’s tale of a cow, a donkey, a pig, a sheep, and a mouse who decide to go for a row in the bay is a perfect analogy for why the talented five-eighth’s time in the NRL ended up at the bottom of a proverbial lake.

Do you know who sank Todd Carney’s career?

The former Origin rep was in the news this week due to a Change.org petition entitled ‘Let Todd Carney play in the NRL Perth Nines with the Canberra Raiders’.

Carney fuelled rumours the effort had been successful with a tweet claiming he had been in contact with Jarrod Croker, the Raiders skipper responding “get amongst it mate”.

However, the Daily Telegraph hosed the speculation down on Friday, reporting “Canberra won’t invite ex-Raider Todd Carney to play in next month’s rugby league Nines”.

“Despite Croker’s endorsement, Canberra has no intention of bringing back Carney for the Nines tournament that will run from February 14-15,” the Tele wrote.

On the surface, it’s hard to see why Carney’s career went the way of the Titanic. As petition organiser Jack Blyth wrote, “Carney’s NRL career was ended in 2014 after an act that, while crude, affected no other individual except for himself.”

The act in question was, of course, the infamous ‘bubbler’ incident, in which a photo of Carney appearing to urinate into his own mouth made its way onto the internet.

Cronulla acted swiftly to remove their marquee man in the aftermath of the 2014 incident, and while he has continued to play the greatest game of all, a return to the top level in Australia has never really been on the cards.

That seems unfair if you look at that night in a Cronulla bar as an isolated incident.

But then, if you look at it as an isolated incident – spoiler alert! – the mouse sank the boat in Allen’s tale.

However, the full picture depicts significantly more weight leading to the boat – both in the book and as an analogy of Carney’s career – going down.

Aboard the craft that was Todd’s time in the NRL were a series of criminal convictions from drink-driving and other driving offences that led to his dismissal from the Raiders (a cow), being banned from his home town of Goulburn for a drunken vandalism spree (a donkey), yet another drink-driving charge while at the Roosters (a pig) and two further booze-fuelled incidents in 2011 leading to his release from the Chooks (a sheep).

Chuck a viral photo – one that caused Carney to be the second-most Googled person in Australia in 2014 – into that vessel and you’ve got the mouse that causes it to disappear beneath the waves.

Granted Carney’s misdemeanours grew less and less serious over the years, but when you’re already hauling around a cow and a donkey, you can’t afford to let a pig and a sheep aboard.

Put it together and really, it’s no surprise the smallest thing ends up causing it all to capsize. 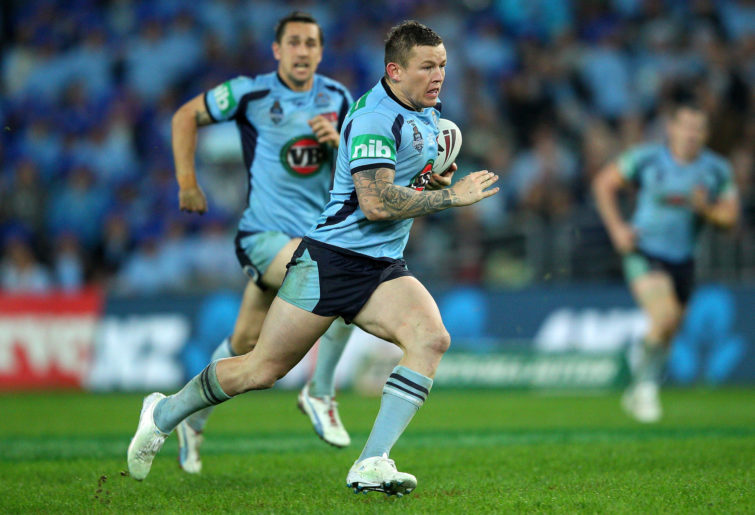 Ultimately, it was Todd sinking tinnies that caused his tinny to sink.

And while I can see the merit in helping get him get out on the water for one last wizz around, I also understand why the Raiders are reluctant to salvage this wreck.

Watching Carney named the 2010 Dally M Medallist and play for Australia can’t have been easy for a club that gave a young man umpteen chances, and ultimately cut him loose not because he made one mistake too many but simply because he refused to agree to a five-point plan aimed at sorting out his off-field issues.

And while he appeared to have made his peace with the Green Machine last year, appearing at the club’s old boys’ day, he also made some pretty questionable remarks with regards to his time in the nation’s capital.

The sentence is a bit all over the place, but he did say the Raiders owe him for “what I’ve done for this club”, right?

And if the feeling was mutual, I reckon Carney would be in training for the Nines in a few weeks’ time.

But after the hell he put them through, it’s understandable that the club powerbrokers are happy to leave Carney’s canoe on the river bottom.

Even if it was just a mouse that saw it end up there.