There is something all sorts of wrong with lathering on the sunscreen for the golf course and afterwards wandering into town to watch your Super Rugby team play their last trial game, a week out from the start the season, with hats, sunglasses and shorts the order of the day as the mercury clicks over 30 degrees.

The Farmlands Cup trial match between the Highlanders and Crusaders (good name guys, congrats on keeping it) at Wanaka last Friday highlighted some of the real changes and challenges facing our game, but let’s address the key items from the game first.

This Highlanders side is in all sorts of trouble for the 2020 season. Normally one would despair at drawing the bye in week one but if ever a team needed an extra week to prepare, it is this current version of the once-mighty clansmen.

We from the deep south accept we are a small franchise, reliant on picking up the best of the northern clubs’ discards and polishing them into Super Rugby diamonds. But it looks a long way off for the current squad.

The Highlanders’ set piece is below Super Rugby standard. The Crusaders’ second try came from a lost Highlanders ball at an attacking line out. For the second week in a row we looked below the required fitness levels. This was unheard of in the Jamie Joseph era.

The problem occurred both in defence around the ruck and noticeably in attack with little variation or genuine pace to trouble the opposition, with the result being multiple short kicks behind the gain line to little effect, and the Aaron Mauger game plan remains a mystery to most observers for yet another year. 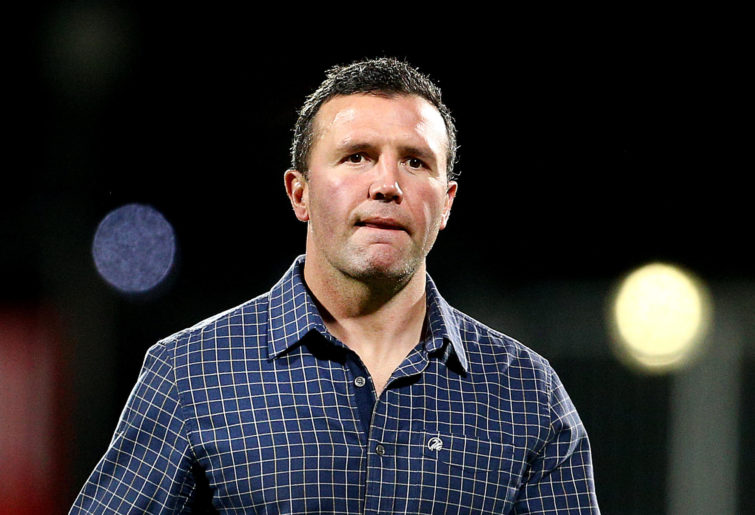 There were some upsides. The maul defence took most of what the opposition threw at them, the dual opensides of James Lentjes and Dillon Hunt will contest the breakdown vigorously, and there will be a functional midfield fashioned from Rob Thompson, Tei Walden and Sio Tomkinson.

The Crusaders, with none of their eight All Blacks in the squad on deck, still looked like the Crusaders. They were organised, direct through the forwards early, and with excellent manipulation of numbers they seemed to know exactly what they were trying to achieve. And while the Highlanders did defend manfully for the first 50, the ork-like, never-ending Crusaders press was always going to come out on top.

In Tom Christie they have produced yet another outstanding number seven, Leicester Fainga’anuku was on the charge on the left wing, Bryn Hall sped the game up with his delivery when he came on and Brent Cameron controlled well from ten.

At 52 minutes and 17-7, the most optimistic of Highlanders fans were looking for a comeback, but the Southerners were barely hanging on and the front door was eventually kicked right in for the final 41-7 scoreline. The Crusaders will be there or thereabouts when the whips are cracking off at finals time, the Highlanders will not.

It was a great day put on by the Upper Clutha Rugby Club with the crowd at a club ground in excess of 7000 and the temperature would have assured significant hydration sales.

But a couple of issues were evident.

The 2020 Highlanders are at the tipping point of the post-RWC talent drain. There are 46 rookie contracts in the NZ Super Rugby squads this year, a full quarter of professionals. This year we have seen, for the first time on this scale, the decimation of the bedrock of our local game.

You always expect to lose a Ben Smith type, late in their career looking for other experiences and a few dollars to boot, and also guys like Waisake Naholo and Liam Squire, who have had a look at the top level but haven’t convinced as mainstays.

But this year it the exodus of the senior almosts that should be of the greatest concern, those players that the Super franchises are built on and are those that bring on and teach the next generation. For the Highlanders this means Jackson Hemopo, Tom Franklin, Luke Whitlock and Richard ‘Barracuda’ Buckman.

If NZ Rugby wasn’t concerned before, they should be now. Perhaps the exposure of the financial cheating by Saracens may cause some future slowdown, as may the coming push by CVC to merge the Premiership with the top Pro 14 sides, but we need to look after our own backyard right now.

Tony Brown made a point of asking for the focus to be on policing of the offside line in order to rebalance the tilt of the game, which clearly favours the defence. I will, yet again, add the refereeing of the breakdown to Brown’s observation.

There is little point in the lawmakers making constant changes to try and open the game up when the officials refuse to simply enforce the laws we already have. Should we continue to non-referee the breakdown as we saw at the RWC and prior, not only will the traditional role of the blindside totally disappear, but the specialist number eight will also simply merge into an increasingly rugby league lookalike back three.

Of the two games trial games I have seen this year, no confidence can be taken that this is likely to be rectified.