Some say it’s vital in such a confidence-sensitive sport, whereas others say it’s a purely in-game phenomenon. Whatever the importance of momentum, it’s clear the Melbourne Stars have lost it in the last week, and at a time they can ill afford to.

After coasting through the opening stages of the tournament with ten wins in 11 games, David Hussey’s side opened a huge gap at the top of the table. With their tenth win they secured top spot knowing the last three games of the season would have no real bearing on the outcome of their campaign.

Progressively over the last three games the wheels have not so much fallen off as they have severely loosened. Saturday’s loss to the Heat was particularly abject, beaten by 71 runs at the MCG, a venue they had won all four previous games at this season. 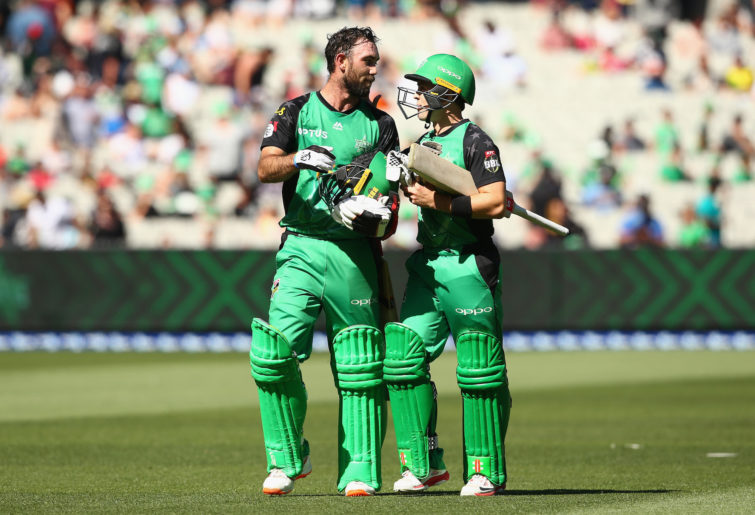 The obvious narrative drawn from this is that complacency has set in, something unsurprisingly peddled by Shane Warne in the wake of their most recent loss. Not for the first time in his punditry career Warne deduced – from body language and without context – that Adam Zampa and some of the Stars players on the bench did not care about the loss after images showed them laughing at stages during the defeat.

“Poor is an understatement,” Warne said of the Stars’ performance. “Very, very ordinary. Extremely poor. I’ll actually go a bit further than that; that’s embarrassing. This is embarrassing,” he continued, digging deep into his jar of angry adjectives.

Hussey naturally brushed off these suggestions. “There’s no complacency, there’s no getting ahead of ourselves,” Hussey assured. “We’re just trying to get better and better each time and put on a good performance. Unfortunately that didn’t happen (against the Heat).”

The reality, as usual, is likely somewhere in between. Of course the Stars care about the defeats – especially the thumping to the Heat – ahead of the finals series.

The players are well aware of the club’s history as one of just two outfits, along with the Hurricanes, not to have lifted the BBL trophy. They’ve come close on many occasions, not least in last year’s final, and are now rightly or wrongly lumped with the choker tag.

But perhaps subconsciously a level of care-free attitude has snuck into their psyche knowing they had bedded down top spot with three games to go.

A 14-game season is a long period to maintain motivation, and while the talk in the changing rooms and in front of the press would deny any change, a small drop-off is almost inevitable. And in the small margins of T20 cricket, that may have been all that was needed to be on the losing end.

Maybe explaining their recent slump is even more simple. It’s no secret that much of the Stars’ success this season has laid at the feet of dumped Australian all-rounders Glenn Maxwell and Marcus Stoinis.

The pair’s omission from the recent India series, thereby ensuring full availability throughout the Big Bash season, was a huge boost for Hussey on the eve of the season.

Stoinis (607 runs) leads the run-scoring table by a whopping 158 this season, while Maxwell has been equally effective, his incredible strike rate dragging his side over the line on several occasions. But the pair haven’t fired in the three losses.

Stoinis’s 62 in a losing effort against the Sixers is the only time either have scored over 20. Further, leading wicket-taker Haris Rauf has been absent (on international duty) during this period.

Such is the precarious nature of T20 cricket that when two or even one individual plays a superb hand a game can be turned on its head.

The Stars big guns have not fired in recent games, and a big performance from one or two of the aforementioned three in Friday’s ‘qualifier’ against the Sixers could easily see them past the men in magenta with a ticket to the final.

The Stars have announced that Rauf will return to Melbourne on Tuesday to play out the finals series in a big boost. Sandeep Lamichhane will miss the finals because of games with Nepal, but with Zampa and capable part-timers this should be a hole they can plug.