Incoming Wallabies coach Dave Rennie has given his tick of approval to the Melbourne Rebels’ Super Rugby preparations ahead of their opening match on Saturday.

Rennie spent time breaking bread with Rebels coach Dave Wessels and also observing their training before they flew out from Melbourne to Tokyo to face the Sunwolves.

The 56-year-old Kiwi, who was appointed as the new Wallabies coach last month in the wake of Michael Cheika’s post-World Cup departure, started his duties last week and is spending time visiting each of the Super Rugby clubs.

He’s seeking feedback from the players in a “variety of areas” as he looks to stamp his mark on the Wallabies.

Rennie said he was impressed with the Rebels set-up, which he hoped help translate to Wallabies success.

“I thought training was really good – I liked the gym program – it’s a real focus on trying to create explosive and powerful athletes, which reflects the type of game I want to play,” he said.

“There’s good intensity in training and that’s a real focus for us from an Australian point of view.

“We want the teams to have a higher skill-set and that’s great to see that been driven here.”

Rennie won’t join the Wallabies in a full-time capacity until June, when his contract with Glasgow ends, but he is working closely with Rugby Australia director of rugby Scott Johnson until then.

He was happy with the connection between Australian Super Rugby clubs and the Wallabies – something set up under Cheika – which differed from his New Zealand perspective.

“I’ve visited the Waratahs and now the Rebels, and everyone is really supportive and I think the connections will be really strong, certainly as strong as anywhere else,” he said.

“I wouldn’t say there’s a massive All Black coach involvement in New Zealand – they just let you get on with it – but we want to show that we care.

“We’re not going to tell the guys how we want them to play, we will just support where we can.”

James Lentjes was taken from the field with a badly broken ankle. 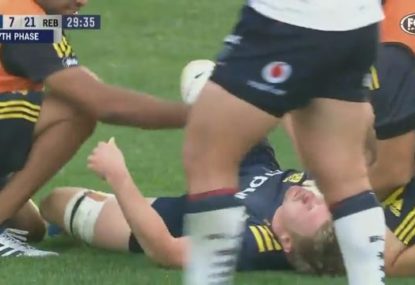 After his most influential Super Rugby game for Melbourne since arriving late last season, five-eighth Matt Toomua says they “need a result” in Friday night’s clash with the Highlanders. The Wallabies five-eighth returns to the starting line-up after missing last round’s 12-point loss to the Sharks with a minor groin injury. The defeat leaves the […]

“He reminds me,” Kurtley Beale told writers before the Waratahs played the Crusaders in their opening match of the 2020 Super Rugby season, “a bit of Izzy”. 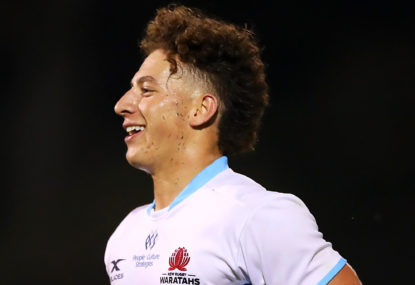 In the wake of a World Cup, sometimes provincial tournaments can seem lacklustre. 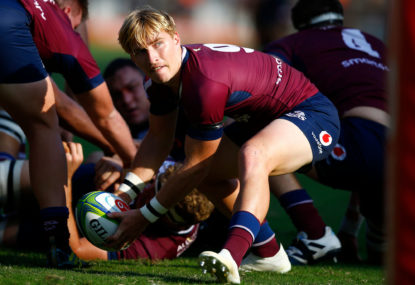