AFL trades: The top five out-of-contract players to watch in 2020

In recent years, the AFL’s trade period has grown into a monster, expanding outside of those two weeks in October to become a year-long point of discussion.

Many turn their nose up at the idea of trade talk this early in the year – and by all means do so if you must – but machinations among AFL clubs are already deeply underway, and I, for one, just cannot resist a bit of speculation.

Which big names could define the 2020 trade period? Where might they go, or how likely are they to stay?

Today I take a look at five out-of-contract stars clubs should be target in 2020 – and some others in the mix whose futures might be shaped by the decisions they make.

5. Joe Daniher
Daniher’s trade request to Sydney was the biggest story of last year’s off-season, and after the deal fell through he seems likely to be one of 2020’s big talking points.

What makes this less of a thrill to follow is that we already know the situation – and, frankly, most are a bit sick of hearing about it.

Daniher wanted to go to Sydney, no deal was done, and he will likely try again at the end of the year with his newly gained free-agent status complicating the situation.

Unless something changes between now and October, we’ll hear much the same takes we did last time around, stretched out over eight months. Yippee.

The most interesting twist would be if another club entered the race. If anyone’s going to do this, it should be the Lions.

Why? We know Daniher doesn’t enjoy the Melbourne footy bubble, and a move to Brisbane would get him out of that just as effectively. They also have shown good work rebuilding injured players and look like a positive place to be right now.

Brisbane also have two first-round picks in the 2020 draft already courtesy of a pick swap with Port Adelaide so can probably afford a trade deal for Daniher if a free-agency move falls through.

It seems unlikely in the extreme, although it would be something of an ironic karmic repayment for Sydney swooping on Kurt Tippett all those years ago. A fun hypothetical, though.

4. Brad Crouch
The Brad Crouch story seemed to be under the radar throughout the entire 2019 trade period, never gaining quite enough momentum to attract serious interest but regularly threatening to bubble over.

Adelaide’s best and fairest winner was linked briefly to St Kilda during the season, but this quickly dissipated. Instead it was a move to Gold Coast that seemed most likely.

Crouch reportedly asked the Suns for a six-year deal worth nearly $1 million per season, but Gold Coast were unwilling to pay.

However, it was reported after the trade period ended that Crouch had approached the Suns a second time with just days to go before the deadline, willing to take a smaller deal in order to exit Adelaide.

The Suns rebuffed this again, knowing the Crows would likely demand pick one or two in a trade and having already committed to Matt Rowell and Noah Anderson. But they reportedly are confident of acquiring him in 2020 as a restricted free agent.

Of course the thing about putting off a player acquisition for 12 months is that you never know what might change in the meantime.

Adelaide, under a fresh coach in Matthew Nicks, will have a chance to convince Crouch to stay, while other clubs might also enter the market.

It was reported last August that Petracca had a post-season meeting with Melbourne in which he expressed frustration at a lack of time spent in the midfield and that the club successfully dealt with his concerns.

Does that mean they’ve committed to playing Petracca on the ball in 2020? Because, if so, it will only add to what is already a logjam at the Dees’ coalface, with the likes of Jack Viney, Clayton Oliver, James Harmes and Angus Brayshaw all best-suited to being centre bounce mids.

We already saw Brayshaw pushed out onto a wing in 2019, where his form suffered considerably, and Ed Langdon and Adam Tomlinson have been recruited to fill this role, suggesting Brayshaw is slated for a return to the middle.

But four or five simply does not go into three, and if Petracca is pushed out into the forwards again, what will that mean for his future?

It seems unlikely that the entire quintet could play inside midfield roles, so they’ll either need to find and be satisfied with other roles to play in the team or seek their preferred position at a rival club.

Petracca, being out of contract, might prove the one most likely to explore his options. Jack Viney is also out of contract and a restricted free agent this year but as captain of the club seems unlikely to move. 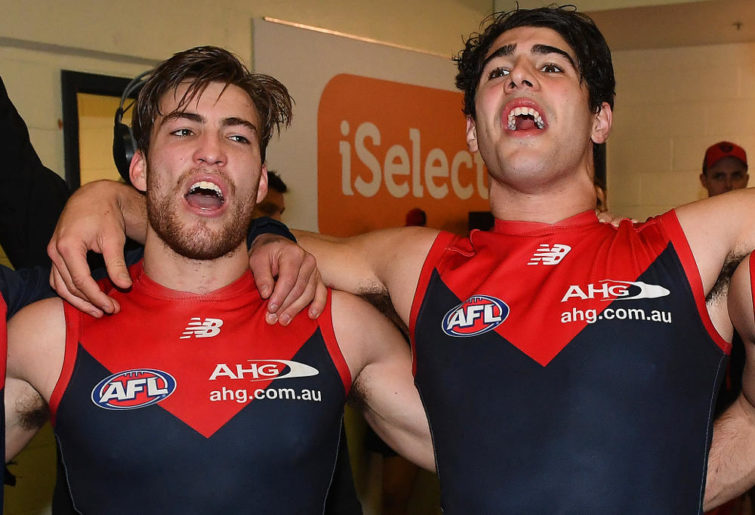 2. Jordan de Goey
Collingwood took a big step towards locking down their out-of-contract stars earlier this month by re-signing Brodie Grundy on a seven-year deal, leaving Jordan de Goey as the biggest fish on their list.

And he is indeed a big fish. The dynamic midfielder-forward was reportedly offered $1 million per year by North Melbourne last time he was out of contract and his value has only gone up since.

What makes the task difficult for Collingwood is they have to balance re-signing him with the fact Darcy Moore is also still on the market.

Skipper Scott Pendlebury is also without a contract for 2021 at this early stage, and while there’s no chance he’d leave, the Pies will have to weigh up just how big and long their offer to the 32-year-old should be.

History suggests that a Victorian-born star player at a big Victorian club is unlikely in the extreme to leave, and I suspect that will remain true of De Goey.

But does keeping him mean letting someone else go, either now or further down the line? Given Collingwood’s reportedly tight salary cap, one would assume his and Grundy’s deals would both be back-ended, which is merely delaying a crunch rather than solving it.

I’m reasonably confident of De Goey, and I suspect also Moore and of course Pendlebury will still be in black and white 12 months from now. But how Collingwood get it done and what impact it has on the long term remains to be seen.

1. Jeremy Cameron
The 2019 Coleman Medallist enters the new year as a free agent for the first time in his career, and there can be no doubt that he’s the most valuable uncontracted player in the competition.

Bringing him onto the list is a tantalising prospect for just about every side, and the suitors will be many and fervent.

Geelong are the only side that we have so far heard linked to him in any serious way – back in the middle of 2019, when it was reported the Cats were targetting him as a potential Tom Hakwins successor.

That would be an almighty acquisition by the Cats if they could pull it off, likely achieving a similar effect to Richmond’s signing of Tom Lynch at the end of 2018.

Like Lynch, Cameron would have the chance to pair with an established gun key forward and offer his new midfield two high-quality targets before eventually becoming the sole star in the forward 50.

How likely is it, though? I would say almost impossible. 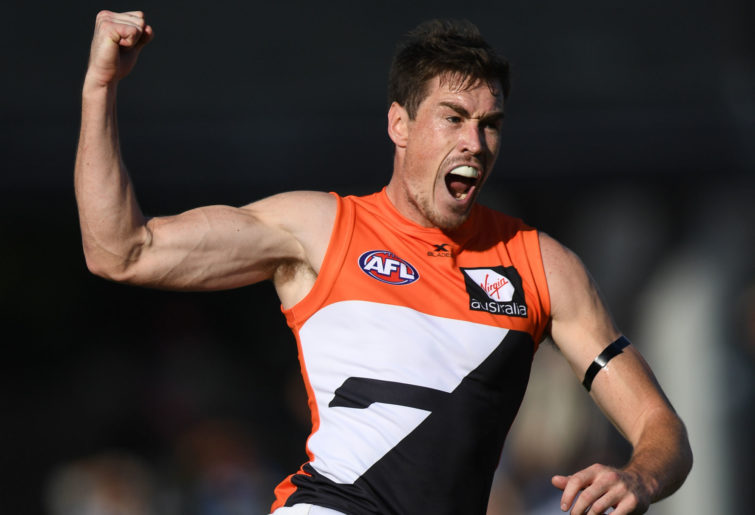 What we’ve come to appreciate about the Giants over the years is that while they’ve endured a high turnover of players exiting the club, they’ve generally been able to keep the players they really want to.

The likes of Josh Kelly and Stephen Coniglio have both come under heavy attack over the past few years, and while it may have taken until near the end of the season, in both cases Greater Western Sydney were able to keep their man.

GWS are capable of achieving the same goal when it comes to Cameron in 2020. The Giants are going to contend for many years to come, and while other clubs will have more cash to splash, their financial offer should still be more than enough to get it done.

The question instead is: who will get pushed out to make it happen? The Giants already have Kelly, Coniglio and Lachie Whitfield likely earning around the $1 million mark for years to come, and have regularly shed players to make that happen.

This year, in addition to Kelly, GWS have two important players in Zac Williams and Jeremy Finlayson on the out-of-contract list. Both had excellent 2019s.

Further to that, their three first-round selections from the 2018 draft – Jye Caldwell, Jackson Hatley and Xavier O’Halloran – remain without 2021 deals as well.

GWS can get Cameron across the line, but it seems virtually impossible they could retain all of Williams, Finlayson, Caldwell, Hatley and O’Halloran as well.

Perhaps the smartest clubs will not make a run at Cameron but instead look to get the inside track on those players who might get pushed out when he recommits.