Although indoor cricket is often perceived as the knock-off version for the outdoor format of the game, this World Cup is set to display some of the best cricketers from around the world and is a must-watch for cricket fanatics.

In case you aren’t familiar with the differences between indoor and outdoor cricket, allow me to explain. In indoor cricket typically the fielding team is allowed only six players on the playing arena at any given time. A playing area is clearly set out via netting around the surface and reaches up to five metres high. The area is known as the ‘court’. The length of the court varies but is usually around 28 metres long and 12 metres wide.

The mode of dismissals in normal cricket still apply to indoor cricket, but catching the ball off one of the side or back nets on the full is considered a catch. 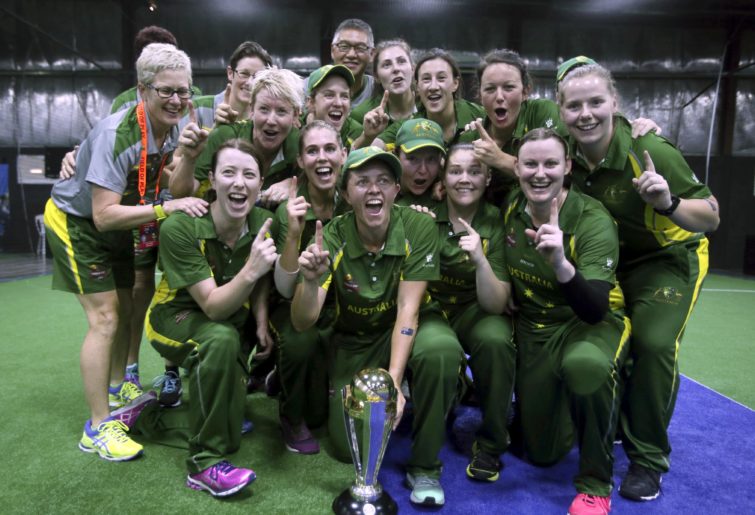 As it is a much smaller playing arena, batsmen have to run only halfway between the strikers crease and the bowlers crease to make their ground. This new crease is shown clearly via a thin line that runs through the middle of the court. Batsmen bat in partnerships, and if someone is dismissed, five runs is deducted from the batting team’s score.

There is an unlimited number of wickets that can be taken per innings and the batting team can go into a negative number of runs. Each match lasts for 16 overs and each partnership lasts four overs. Just like normal cricket, the batsmen can hit boundaries. To get a four, the batsman must hit the ball to the back netting after either already hitting the floor or one of the side nets. To hit a six a batsman must hit the back net on the full and not hit any other netting on the way.

In indoor cricket the ball is softer than a traditional cricket ball and therefore the batsmen wear only a box and gloves as body protection when batting.

Although there are many other rules involved, this is a quick outline of what indoor cricket actually is.

The first edition of this World Cup was held in 1995 in Birmingham and has been held every two to three years since then in places such as Brisbane, Bristol, Wellington, Colombo, Dubai and many others. To make matters even better for the Australian audience, the Australian men’s and women’s teams in this World Cup have won every edition of this competition since it first began.

You read that correctly: in every Indoor Cricket World Cup ever played, male or female, Australia has won.

This year in July all the states will compete in both a male and female competition as part of the annual Indoor Cricket National Championships. This tournament will help determine which state has the best indoor cricket team and also who will get picked in Australia’s squad for the World Cup. If leg spinner Cam Boyce was to play in the Indoor Cricket World Cup this year, he would become the first Australian to represent his country in both normal cricket and indoor cricket.

The 2020 Indoor Cricket World Cup will take place at Casey Stadium as well as the Junction Oval’s indoor facility, which are both located near central Melbourne. This competition will last for the seven days between 10 October and 17 October and consist of up to ten nations.

For both men and women there are two different age categories involved. There is the under-21 competition and the open-age competition. Cricketing powerhouses expected to compete in the Indoor Cricket World Cup include the likes of England, South Africa, New Zealand, India, Sri Lanka, Australia and many others.

When asked about the topic, Cricket Australia’s executive general manager of community cricket and former Australian batting all-rounder Belinda Clark said, “This event is a great opportunity for our elite indoor teams to take centre stage and show the excitement and skill of this format of the game”.

Although this World Cup isn’t as publicised or as talked as other cricket world cups, this tournament will be one to look out for and a must-watch for all cricket enthusiasts around the world.