In the days following, Bryant’s basketball greatness as well as his transcendental talent have been discussed and dissected against the greats of the NBA including Michael Jordan. Bryant’s career statistics are something only few can dream of achieving, including being tied for first in career All-NBA selections with 15, ranking fourth on the NBA’s all-time scoring list with 33,643 points and winning five championships with the LA Lakers, who he spent 20 seasons with.

These statistics, though, only tell part of a man whose career not only was told with such artistry on the court but with such a mentality off the court. Bryant gave himself the nickname the Black Mamba after watching Quentin Tarantino’s Kill Bill wherein the mamba snake referred to deadly assassins.

For Bryant, the Mamba mentality was more than just about basketball: “Mamba mentality is all about focusing on the process and trusting in the hard work when it matters most. It’s the ultimate mantra for the competitive spirit”.

This Mamba spirit has certainly been an inspiration for the next generation of the NBA. Luka Doncic, Trae Young and Kyrie Irving have all looked to embody the Mamba mentality.

Bryant’s competitive spirit certainly shone through in his basketball career where he looked to lift and inspire his teammates around him. This competitiveness also meant he clashed with egos, causing one of the most infamous splits in NBA history between himself and Shaquille O’Neal with O’Neal being traded to the Miami Heat in 2004.

Bryant’s competitive spirit and yearning to be the best was highlighted by one of Bryant’s earliest basketball friends Tracy McGrady, who was reflecting on his friendship with Bryant: “He used to say I want to die young, I want to be immortalised and I want to have my career better than Michael Jordan”. 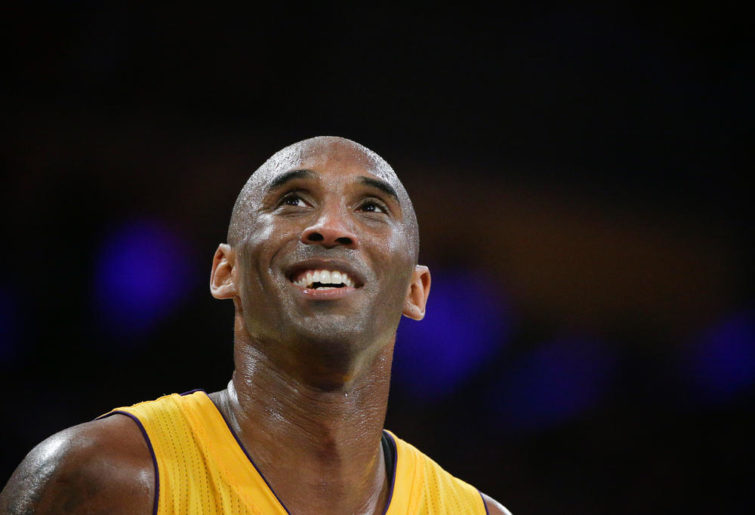 Bryant’s childhood, which had him move to Italy for two years where his dad played pro ball before moving back to the USA at age eight, shaped a unique perspective on the man and player he would become. Bryant was fluent in Italian as well as learning Spanish and conversing a little in Slovenian. The story goes that he learnt different languages so he could throw his own trash talk and also understand what opponents were saying to him. When Pau Gasol joined the Lakers, Bryant would converse with him in Spanish to make his life easier with the LA Lakers and make life harder for less linguistically flexible opponents.

Bryant’s impact was not only felt as a player but also as a mentor and coach especially in the women’s game. He mentored players such as Diana Taurasi, Jewell Loyd and Sabrina Ionescu, with Bryant routinely giving himself to help their games. Diana Taurasi was even dubbed the White Mamba for her Kobe-esque play and foul-mouthed trash talk.

The year off Bryant had when he ruptured his Achilles proved to be a pivotal one in shaping Bryant’s post-basketball career wherein he began to involve himself in the development of his daughter Gianna’s career. This rapidly evolved after his retirement as he became a regular at college games and became enamoured with UConn as well as spending time coaching Gianna’s youth team.

UConn coach Geno Auriemma believed that Bryant’s biggest contribution to women’s basketball was in front of him: “I don’t think he got a chance to really establish a legacy in our game, the next 30 years, he might have. The next generation of kids who knew his daughter and played with Gigi. He gets involved at a whole another level. He was just getting started”.

Bryant certainly matured and evolved through his career, which was lived out in the public eye for 20 years. He learnt from his mistakes and gave everything of himself to the game he loved, metaphorically lived through his two numbers: eight and 24, which represented the stages of Bryant’s career.

The more Bryant gave of himself, the deeper the connection became with fans and the NBA community. Bryant was the great artist on the court, painting an empty canvas each possession. He was more fluid than Jordan, less physically imposing than LeBron James, but he was the artist. So it was no coincidence after he left basketball he won an Oscar in Hollywood for best animated short for Dear Basketball.

Bryant’s growth as a man is embodied in his young family, which has been left behind. There is wife Vanessa, who he met when barely in his 20s, eldest Natalia, third daughter Bianka and youngest Capri. Bryant – like any father – took great pride in his daughters and was regularly seen attending NBA games with late daughter Gianna, who harboured her own ambitions of one day playing in the WNBA.

Bryant was a highly intelligent man who made the most of his innate ability as a basketball player and forged a legacy that will not be forgotten. He defined the LA Lakers for 20 years and inspired athletes from all sports.

He understood that after his career had finished his single-minded pursuit of excellence was much more than just about himself: “The most important thing is how your career moves and touches those around you and how it carries forward to the next generation.”

Kobe Bryant an artist taken far too young. Along with Gianna his 13-year-old daughter and the seven others on board, he will forever be in the hearts of NBA and sports fans alike.