That is the reason I was so shocked by how hard I took the news of Kobe Bryant’s death. Maybe it was some deep-seated admiration for the five-time champion that I would never admit to, maybe it was the fact I am four weeks away from being a father for the first time, maybe it was just the overall devastation to several families and millions more people around the world. It was the most awful of perfect storms that gave me a reality hit I don’t remember having felt before.

I had just opened my eyes and rolled over for my girlfriend to tell me the news and as I shot up, suddenly awake wider than ever, and reached for my phone the main thought running through my head was what I’m sure a lot of people would have been thinking as the news broke: “Nah, not Kobe. It must be a hoax or a mistake or something. Kobe’s invincible.”

Unfortunately, it was all too real, and as my heart filled and my eyes swelled, I couldn’t believe what I was reading.

This is the point in which my feelings totally took me by surprise. I don’t feel you can just glaze over the Colorado incident. Ultimately the case did not go to trial and went to a civil case before being settled out of court, but having read details of the case years later, I hated Kobe for what he had been accused of and for what that woman had gone through.

After his death, as I reflected on Kobe, I started to see a man who wanted to better himself and grow. He began to not only re-dedicate his life to his basketball, but also to being a better family man and person.

You can see the results as he managed to rebuild his reputation through the rest of his career and in retirement. You can read about it from the numerous accounts of his generosity of time and even financial aid, of which this is just one example:

You could see it in the joy on his kids’ faces whenever the camera cut to them when he went out and dropped a damn 60 piece in his last game. You could see it in every photo and video of him and Gigi, whether they were working out on the court, watching a game courtside while the master passed down knowledge to the student, or just hanging out as father and daughter.

You could see it in the fact that he wasn’t NBA superstar Kobe Bryant when he died, he was just a dad going to watch his kid play basketball. That last point is one that really sticks with me.

I reflected on these things throughout the day and came to the conclusion that many other people already had: I respected the hell out of Kobe Bryant. 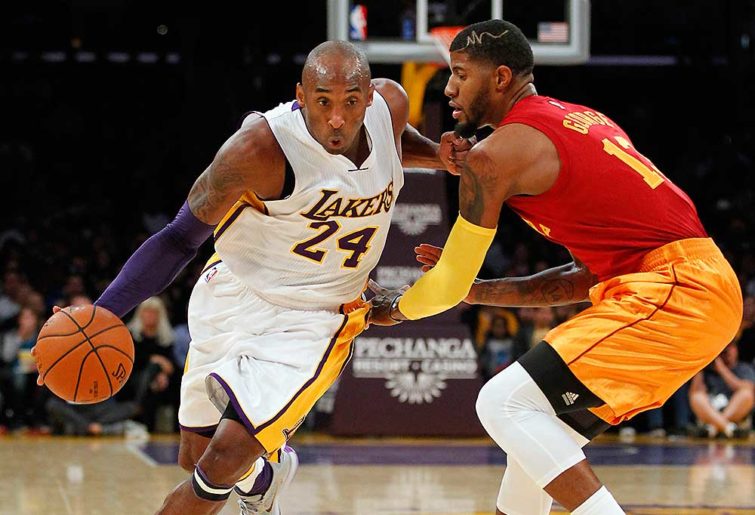 He was an idol to many, he was a cold-blooded driving force, the closest thing to Michael Jordan we have seen, the creator of the Mamba mentality which so many people aspire to and use in their everyday lives.

He was a man who didn’t let a torn Achilles stop him – simply pinch the calf to make sure it stays in place long enough the take free throws – he was a man who would simply shoot left-handed if his right arm wasn’t hanging correctly, he would beat you at every aspect of the game and be damn sure to let you know about it. Winning was everything.

He is also the reason for my favourite vine:

Kobe leaves a hole far bigger than LA in this world and I truly hope he, his future superstar WNBA daughter Gigi, and the other seven passengers involved in this tragedy rest in peace.