I’m always interested in comparing my personal assessment of a player with the experts and other fans, and at times I find myself a touch isolated.

Recruitment and retention along with trying to keep within the cap is a fascinating and difficult assignment that is easy to be critical of, especially after the event.

The subject of Mark Geyer’s delight is reported in Daily Telegraph as being Kurt Capewell.

“I have no doubt Kurt Capewell will play Origin for Queensland this year,” he said.

“I actually thought he was the best value player on the open market.”

Geyer said that he was ecstatic when he heard the Panthers were chasing him and he is deceptive with his pace, has a strong offload and is a born rugby league player.

I have nothing against Capewell but I see a below-average player who makes a great effort, but is closer to the lower grades than State of Origin. 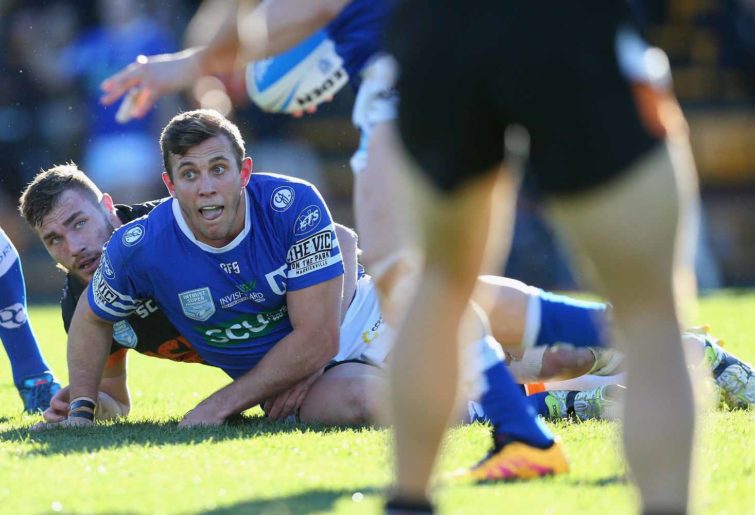 One of us is going to be wrong – at least in the short term – but I’ll be having a good look at how Capewell goes. It’s a strange concept to be so keen on a 26-year-old import who wasn’t keenly sought by other clubs when there were so many promising juniors lurking about the district who have largely vanished.

Another Panthers player who looked unreal when I first saw him in first grade is Jarome Luai. Dangerous and fast, I thought he could be a special player. I’ve changed my mind after seeing him when playing in an under-performing outfit and I wasn’t impressed at all. I’m not tipping big things from him any more.

A third player under my spotlight who has been mentioned in the same breath as Paul Gallen is Billy Magoulias from the Sharks. My concern for him is that he already looks a bit like Gallen, body wise, but is just starting out.

Early footage of Gallen shows a slim and speedy young buck and this is how many top players begin. I could be wrong but I’m not seeing a huge future in first grade for him.

A few other players who I wouldn’t be keen on if I was a recruiter include Tyrone Peachey, Reagan Campbell-Gillard, Kurt Mann and Brodie Croft, and I’ve also got a hunch we’ve seen the best of Wade Graham and Joey Leilua.

No doubt some of these players will prove me to be wrong, but these are my thoughts if I’m putting myself in the shoes of an NRL recruiter.

Anyone care to explain why I’m wrong or nominate some players that they don’t rate as highly as most?