There’s been a lot of discussion on social media regarding the loan deal announced on NRL.com earlier this week.

The idea is a polarising one, but hear me out: it can work. Loan deals are the norm in football, usually reserved for youth talents on the books of bigger clubs in need of experience. Recently, these deals are becoming common with big talents with Manchester United and Inter Milan splitting Alexis Sanchez’s wage or with Bayern Munich paying the wages of Philippe Coutinho from Barcelona.

NRL is a different beast but the situation can work. The key is this: the players being swapped need to be in positions of need for both clubs and both players need to have a reasonable chance to start for the other club. There’s little worth in letting talent go to another club only to ride the pine. 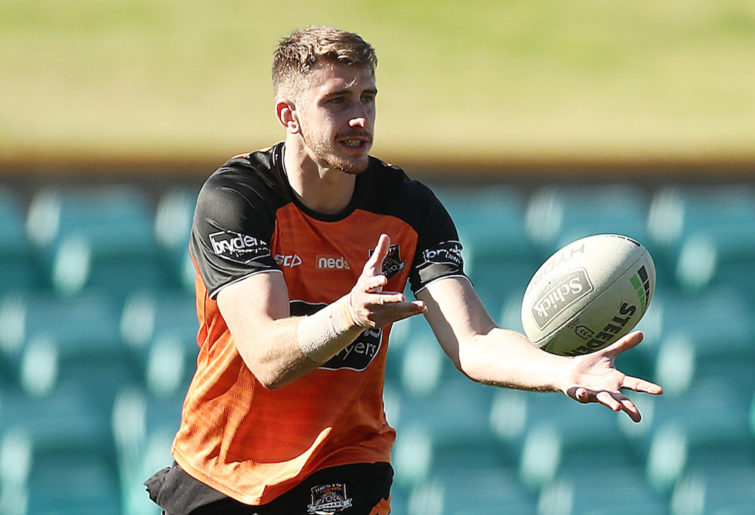 Paul Momirovski is part of an NRL-first loan deal in 2020, swapping the Tigers for the Storm. (Photo by Mark Metcalfe/Getty Images)

In this situation, Harry Grant is too good to play in a lower-tier competition but has little chance of cracking the Storm side with Cameron Smith and Brandon Smith locking down the number nine and 14 roles.

The Wests Tigers, with Robbie Farah announcing his retirement at the end of 2019, are short on hookers as they are left with Moses Mbye as their primary option. Mbye is better suited in the back line and should he get injured, they have little depth behind him.

The Melbourne Storm are light on centres with Will Chambers departing to Japanese rugby and Curtis Scott going to the Canberra Raiders. Momirovski is 23 years old and unlikely to start ahead of new signings Joey Leilua and Adam Doueihi despite having a very solid 2019 season.

The Tigers get depth at nine and the Storm get depth at centre with both being a solid possibility to start once adjusted to their systems. Wests Tigers coach Michael Maguire has opined about NRL players going on loan to the English Super League.

That’s a fantastic idea for the players that are too good for Queensland Cup and NSW Cup but can’t catch a break in a star-studded line-up. NRL clubs get to retain the players they develop in terms of contracts but the players and club benefit from up-and-coming talent learning their craft against quality opposition.

I don’t think we’ll see the complex loan deals of the football world breaking in to the rugby league ecosystem any time soon, but don’t be surprised if we see more of this happening in the coming years.

It works here and it can work for other clubs. This will be the next evolution of player movement as we know it.