With the 2020 NRL season almost upon us, it will be a defining year for Paul Green and the Cowboys football department given the disappointment of the past two seasons.

Green does have some security with two years remaining on his contract, but another bad start to this coming season will drastically increase the scrutiny on him. In a way, he is lucky that he is coach of a team outside of the fishbowls of Sydney and Brisbane, as there is much more pressure applied to coaches in those cities from media organisations.

When he took over the position of head coach in 2014, the squad was already well established, full of representative stars, and was ready to win its first ever premiership. Green was able to help put some structures in place that the team previously didn’t have, which then helped the club win its first ever competition in 2015.

Ever since then, the team has been in decline, with the famous 2017 run to the grand final hiding some very big issues at the club. Few people remember that they were very lucky to make the finals series that year, and if they didn’t, the club would now be looking at three years of no finals football. The two main failures of the Cowboys football department from the past three to five years can be broken into the categories of player retention and development, as well as playing style.

Over the last three years, the Cowboys have released several young players that have subsequently become stars at their new clubs. This list includes players of the calibre of Kalyn Ponga, Viliame Kikau, Brandon Smith, Ethan Lowe and Corey Horsburgh. Most of these players left at a time when the Cowboys were in their most successful period in history, and the football department made the decision to invest in the older players and style rather than their younger players. 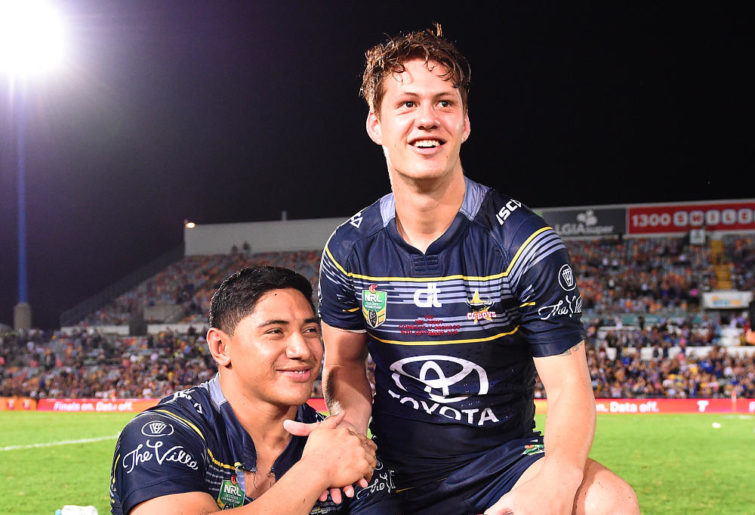 As a result, the club has now had to clean out the older players that they invested in and now are recruiting players from outside of the region to make up for poor judgement. The most famous person was Ponga. They weren’t willing to pay for a player that was obviously very talented, instead preferring Lachlan Coote, who was subsequently released when the club realised their mistake.

Another is Brandon Smith, who was captain of the Cowboys’ under-20s team and would have been a sensation at hooker in the first-grade team. Instead they invested in Jake Granville, who hasn’t improved in several years and the club has now had to pay for a young Reece Robson, who is not from North Queensland, to cover this role in the future.

The other failure in this area is the development of the younger players that are at the club. Talented juniors such as Jake Clifford, Coen Hess, Gideon Mosby and Enari Tuala have failed to develop into regular NRL starters despite their massive success within the junior ranks. Why hasn’t this happened?

The Cowboys’ playing style has not developed and improved over the past three years. The style is based on bashing the ball up the field through one-out runs from middle forwards or outside backs, and then throwing the ball out wide using a set play.

The advantage of this style is that it should be relatively mistake-free and if you have two JTs in your team, they can conjure some magic from time to time to score additional points outside of the set-play tries.

Unfortunately for Green, most other NRL teams have improved and moved on from this style, and are now playing more risky and attractive styles. No longer can you rely on low-mistake football and set plays to score points and win games.

Teams need tactics and players that can beat opposition players through speed, agility, offloads, passing and a smart football brain. These are the biggest issues with their playing style.

The low quality of passing from dummy half restricts the time and options the playmakers have with the ball, and also increases the amount of knock-ons from forwards.

The lack of an organising dummy-half who can watch the defensive line, count numbers and make good decisions on when to run, pass or kick limits the Cowboys’ point of attack, meaning the opposition can more easily defend.

No offloads or passing games from forwards, edge forwards and centres limits the amount of second-phase play, which has the effect of allowing the defence to more easily tackle and not get tired, but also limits the Cowboys’ attack and doesn’t bring our small and quicker players’ attacking skills into the game.

The lack of pace and tackle-breaking ability of outside backs is also a problem. In prior years, players like Kane Linnett, Antonio Winterstein and Lachlan Coote have not scared too many teams’ defences. Watching other NRL teams, you will see many tries scored by individual brilliance from outside backs by beating a player one on one with speed and agility. The Cowboys have sorely missed players who can do this.

The low-risk style of football is another issue. These days, teams need to use the ball, play footy and go out onto the field to beat players one on one to win games. This includes getting offloads, breaking tackles, using speed and agility, and having smart players in key positions who know how to watch and analyse defences, which then leads to intelligent decisions on the plays being run.

Looking at the Cowboys’ recruits for 2020, they have a squad capable of competing with the top teams. But the key to the year is the performance of the coaching and football department.