As I sit here sweltering in the summer heat pondering yet another discussion about State of Origin I’ve come to the realisation it’s time for something different.

It’s time I pull out the laptop and write my own article for The Roar. As the resident contrarian of these AFL pages – as well as smart alec, pot-stirrer and occasional troll – I feel I’m putting my head on the block here, but it’s worth the sacrifice for what I think is a very noble cause.

I’ve even crossed the threshold and created an account – although please ignore the ‘rookie’ tag; I’m anything but a footy rookie…

Thanks to AdelaideDocker’s encouragement I’ve been mulling over an idea for an article for a few days. It’s time to put the summer politics aside and discuss what really matters: footy.

I was originally going to write an article about my predictions for the 2020 season – you know, the usual ladder positions, premiers, Brownlow et cetera – but that’s been done and most discussions tend to degenerate into the usual talking points anyway. You all know what I’m talking about – your team has an unfair home-ground advantage, my team are hard done by because of travel, the AFL is biased towards the Victorians, blah blah blah.

So how do I create an article that doesn’t discuss the usual issues, and how do I stop the discussion degenerating into the usual tit for tat? 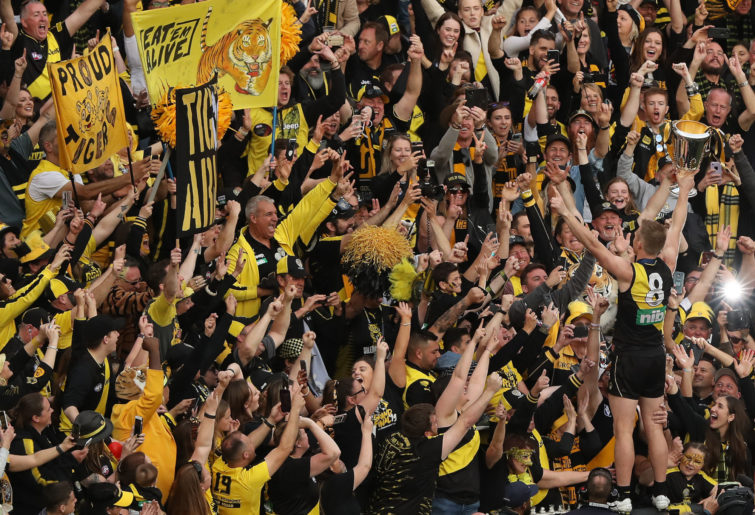 Let’s take a step back and be brutally honest here: most of the tit for tat is people blindly backing their team with little or no objectivity. I’m in no way saying that I’m not biased just like everyone else, but there must be a way to cut through to the unfettered truth.

What better way to cut through the bias than to put my money where my mouth is and attempt to correct my own bias. But how to do that?

Everyone has it whether consciously or subconsciously and whether they admit it or not. But I’ve come up with a very clever system to clear it up, albeit in a way that is completely arbitrary and has no basis in science whatsoever. It’s called the Bias Susceptibility Adjuster™, or BS Adjuster. The purpose of the BS Adjuster is to take your natural opinion, with all its biases, and adjust it to create an objective opinion.

The BS Adjuster is quite simple to apply thanks to its unashamed arbitrariness. It is designed specifically to be applied to lists, but being in its infancy I expect that once the mathematicians and statisticians get a hold of it they will be able to apply it to many more circumstances. For example, you will be able to apply it to news articles to sort fact from the author’s opinion. It may potentially be useful in domestic arguments as well, but that’s a path I’m not willing (or game) to walk down.

All you do is take whatever list you’ve created, rank the top four items on that list that you hate – as I said, this is completely arbitrary – give the highest ranked item a score of four, the second ranked item a score of three and so on. Then you rank the top four items on the list that you love and repeat the process, giving a four to the item you love the most.

I know what you’re thinking right now – that this BS Adjuster is BS – but the proof of the pudding is in the eating, so I’m going to demonstrate using the ladder predictor I posted on here a few days ago. Rather than give you all a list of reasons why I think teams will finish as I predicted based on nothing more than my opinion and a few cherry-picked stats, I’m going apply the BS Adjuster to produce the actual ladder come Round 23. This is an appropriate method anyway because stats are meaningless this time of year and most expert opinions are purely gut-based wild guesses anyway. 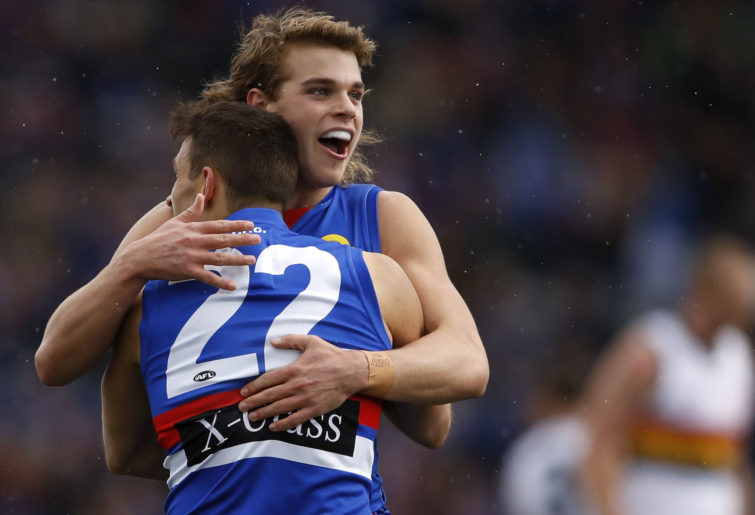 I must point out that my original predicted ladder was created prior to devising the concept of the BS Adjuster, so my bias isn’t biased if you know what I mean. This experiment is very scientific.

So here’s my original predicted ladder at Round 23 using all the gut feel and prejudice I could muster.

Right on the money in my opinion.

Now here are my four most hated teams and their points. Because it’s purely arbitrary I’m not going to bother to explain my reasoning. Let’s face it: hating a footy team is completely irrational anyway.

And here are my four most loved teams.

But how do I apply the points? This is the easy bit: you move each team’s ladder position up or down if hate or love respectively by the number of points you’ve allocated to them.

For example, GWS are fifth on my original ladder, so they move up four places to first. The order of movement is most hated to least hated and then most loved to least loved because hate affects decision-making more than love, so it has a bigger impact on bias. Remember: this is ‘scientific’.

The adjusted actual ladder at Round 23 – without doubt, because the BS Adjuster is a fail-safe method – will look like this, guaranteed (with original ladder positions listed in brackets).

I think we can all agree that this ladder is right on the money, so don’t bother even critiquing it. GWS are on the way up and will definitely finish on top of the ladder; Richmond, West Coast and Collingwood will be thereabouts again, and Hawthorn will be the big movers into the eight. Adelaide and Essendon will be the big sliders, and it’ll be business usual for everyone else.

This is the first time that I’ve applied the BS Adjuster, but the above ladder confirms what is now obvious to all: it’s the most accurate and important analytical tool devised in a long time. It has the potential to not only revolutionise footy analysis but all sports analysis, political analysis and a range of other applications.

While I wait for a call from Champion Data, how about you give it a go, Roarers? Put your money where your mouth is and challenge your own bias.

PS: I think my original ladder was pretty spot-on. I still expect the Dogs to finish in the top two.