Despite weeks of prime ministerial support, senator Bridget McKenzie has resigned from cabinet over her role in the so-called sports rorts saga.

While the two may seem disassociated on the surface, there is in fact an inextricable link between the management of government funds, the process undertaken to determine exactly how that money is allocated and the move abroad of one of Australia’s most promising young defenders.

The senator’s resignation followed allegations that Australia’s coalition government strategically directed sports grants to clubs and organisations based on potential political advantage rather than sporting merit or need.

Of course, the claims were vehemently denied by those in power and any admission of wrongdoing seemed unlikely.

However, when money is allocated to destinations where governing politicians and/or their families and colleagues have an interest, the stench reaches far and wide.

The saga is intrinsically relevant to football and by extension Deng’s exciting transfer. 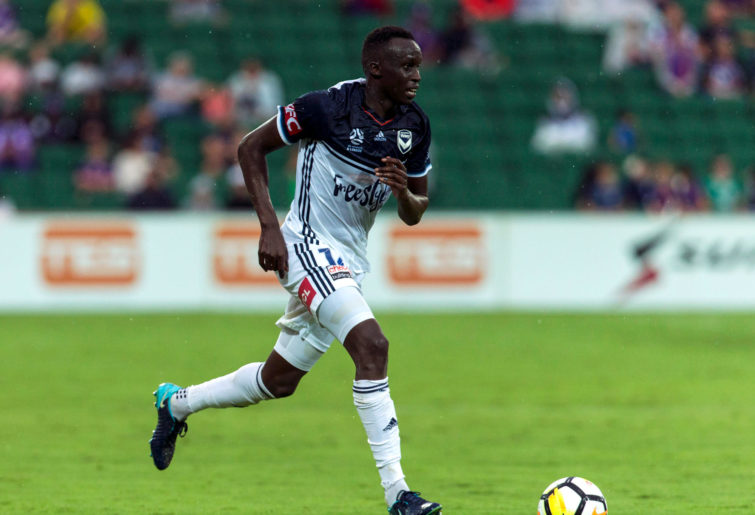 The amount of money allocated to the beautiful game in Australia has long been a source of frustration and anger for many working at the coal face of football. Those involved in the junior game know the lay of the land all too well. Exorbitant registration and academy fees have become the norm. The amounts are far higher than those required to participate in many other sports.

The sad reality for football has been that in recent times, despite having an ever increasing number of people playing the game, funding has in no way reflected the growth. That inequity ultimately led to what has become a sad but fundamentally truthful throwaway line: “twice the number of players, half the funding”.

There was a 13 per cent increase in football participation rates in Australia in 2018, with around 1.8 million people playing the game. In early 2019, Football Federation Australia’s annual census identified a “A$500 million facilities funding gap” that, if not reduced, stood to limit the growth of the game and gender equality within it.

In the lead-up the 2019 federal election, the government promised a further A$158 million of investment to Sport Australia and the Australian Institute of Sport. That money was to be used in delivering the overarching Sport Plan 2030.

Such funding allows kids to experience sports, including the game of football, at a school level. Somewhere in excess of 100,000 children have already done so as a result, however, funding of this nature is more directed at health and physical activity outcomes. Both are certainly important yet the game of football at a grassroots level is in dire need and demands further investment and support.

With numbers certain to grow, junior Australian footballers may soon be too numerous and the pitches available too few, should greater investment in the short term not occur. The issue drip feeds its way through the game as a whole, with all levels affected.

While registration fees and the number and quality of facilities are core issues for most Australian players, the upper tiers are also impacted. Socceroos and Olyroos manager Graham Arnold spoke recently of his frustration at a lack of investment in his young Olympics-bound team.

With Asian football bounding ahead, the limited opportunities and exposure offered to our best young players concerns him. Despite the relative inexperience and raw nature of the squad he successfully took to Thailand and will now lead in Japan, Arnold got the job done. However, other Asian nations are well ahead in terms of developing young talent.

Those nations’ investments give young players more opportunities to play, and create a smooth transition between age-restricted and senior football. Thus, greater exposure to talent scouts and overseas interest follows and promising players are presented with opportunities to head abroad and develop further as athletes.

This is where the sports rorts saga and Deng intercede; the point where the inadequately funded game of football clashes with a government that saw fit to allocate A$500,000 to a Northern Territory gun club frequented by Nigel Scullion, a former colleague and senator.

Deng has been talented and fortunate enough to be spotted, despite limited opportunities to play in national colours. Many others have not been so fortunate, thanks to paltry investment and limited exposure. That leads to many of our best young players existing in international anonymity.

Many people would draw the logical conclusion that football has historically been inadequately supported due to funding allocations based on friendships, connections and political advantage rather than need, potential growth and popularity.

Thankfully, whether that is true or not, Australia will be represented at the Olympics by an Olyroos team for the first time in 12 years. As a result, other players will receive similar interest to Deng and accept an overseas offer of their own in the near future.

Those offers stem from exposure on the world stage, something that investment in the game at all levels brings. The basis of that investment has been called into question recently and McKenzie’s resignation confirmed what we all suspected.