If you assumed, like me, that Cliffy Palu had called time on his career by now, you’d be wrong.

Now aged 37, the former Waratahs and Wallabies number eight is still puncturing defensive walls and delivering deft offloads for his teammates. He does so these days for the Tokyo-based Kurita Water Gush of Japan’s second tier competition, the Top Challenge.

Palu only recently completed his second season with the Water Gush. The Top Challenge ran a nippy seven-week round-robin competition last November through to January.

A toe injury limited Palu to just two appearances with the Water Gush, who finished mid-table. With the team’s domestic players still working a full Monday-to-Friday week, Palu compares his team to those from Sydney’s semi-professional Shute Shield competition.

“It’s still a real amateur side as all the Japanese players are workers who finish at maybe 5pm. We train just three nights a week at 7pm. It’s like club rugby,” he says.

“It can be frustrating at times. Work comes first, rugby second. The Japanese guys are respectful and willing to learn, but obviously if you want to get better you need to spend more time with them. The frustration is that they (the owners) expect the results of a top team, but you just can’t get them when you’re only playing part time.”

Palu has transitioned into a new phase of his career since moving to Japan. Rather than chasing representative honours like he did in his younger days, the veteran forward is now content to play the role of player/mentor within his team.

“That’s why I enjoy it here, I get to pass on my knowledge, do a bit of coaching and stuff like that,” he says. “A lot of the Japanese players are around 24 (years old) and some have probably only played about 30 rugby games in their life. I find that’s a good challenge and keeps me playing and enjoying it all.”

Palu had been a great servant to Australian rugby. He played 12 seasons of Super Rugby with the Waratahs with whom he notched 134 caps. He also played 58 times for his country, including trips to three Rugby World Cups. 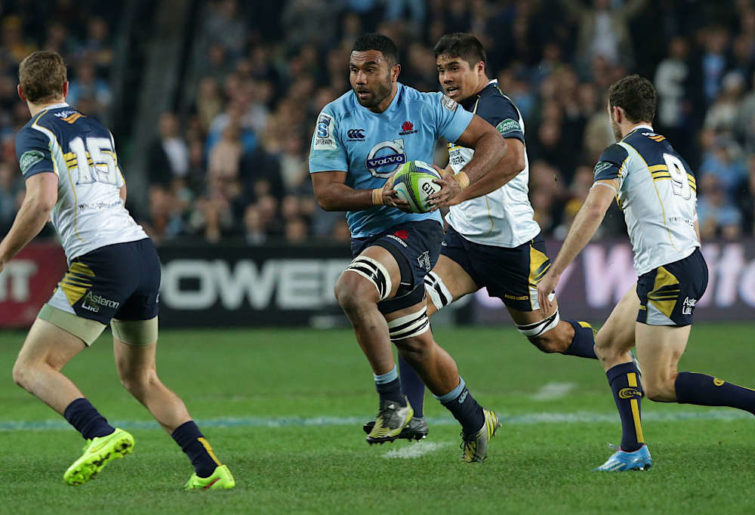 He recalls his debuts for the Tahs and Australia as being among his proudest moments. As for memorable seasons, 2014 is the first that springs to his mind.

That season NSW created history by winning their first Super Rugby title. The team were put through an arduous training regime by head coach Michael Cheika, which brought out the best in Palu and the squad.

“I really enjoyed that whole season, not just the grand final,” he says.

“Even going back to 2013 – when Cheik first came in – we used to get flogged (at training) every day. We were thinking ‘what’s going on here?!’”

“I think in 2014 everyone got used to it. That was us, how we did things, how we trained and it became really enjoyable. It brought us together a lot tighter. From the start of the season to the end it was a really enjoyable ride.

“Out of all my years that was probably the hardest. You couldn’t train any harder through the week, then you would do contact the day before the game. It mentally toughened you. Body-wise your level went up.”

After the 2015 World Cup, Palu decided that a stint overseas would be the next stage of his rugby journey. He signed with the Toyota Verblitz of Japan for two years beginning with the 2015-16 Top League season.

However, a hamstring injury sustained at the World Cup meant that his first campaign in Japan was over before it began. With the injury healed in early 2016, Palu decided on one more year with the Waratahs. When that concluded, his career in Australia was officially over.

“It was just time for me to move on,” he says. “I had really given my all. I tried to hang on as long as I can, even though I’d had so many injuries. I tried to give as much as I could to Australian rugby.” 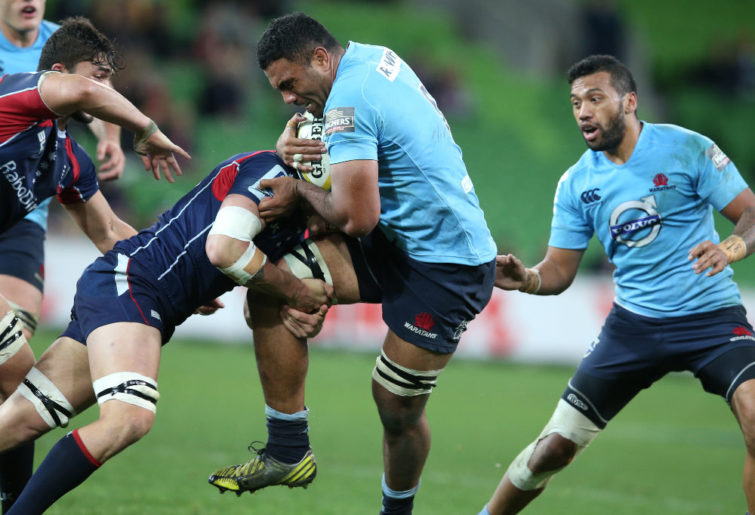 Toyota were happy to receive their Aussie import a year later than expected. Palu played one season for the Green Lightning before moving on to his current club, Kurita.

Palu has indeed suffered more than his fair share of injuries during his career. The most significant was tearing his ACL back in 2010, which took him years to fully recover from. With the shorter seasons and a more up-tempo brand of rugby, playing in Japan seemed like a good fit for Palu.

“The competition here is not as tough as it is in Europe on the body and that. So I thought I could come here and squeeze out another two or three years. It’s also the type of rugby that they play here. It’s exciting, a lot of ball in play and open rugby,” he says.

Japan itself is also proving to be a winner. Palu is appreciating the lifestyle there as much as the rugby.

“It’s an awesome culture. I could definitely live here for the rest of my life if I could. My wife and kids really enjoy it too. That’s why I’m staying here for as long as I can,” he says.

How long that will be remains up in the air. It is remarkable that Palu is still playing professional rugby. He made his Waratahs debut all the way back in 2003 when Bob Dwyer was their coach and Eddie Jones was still at the helm of the Wallabies.

When questioned on his longevity, Palu can now see the silver lining in all of the time he spent on the sideline nursing ailments.

“Maybe all the injuries that I’ve had have taken a lot of the load off my body,” he says. “I also never played age-group stuff like Schoolboys or Under-20’s, so I never really played top-class rugby until I debuted with the Tahs.”

Palu admits that there is “no chance” of him returning to play Super Rugby in Australia. The commitment and stress on the body would be too much, but continuing in Japan’s second tier is a different story.

“At this level I can (keep playing). I just love playing. I will play as long as I can,” he declares.

Palu is long gone from Australia, but far from a goner in the game he has wreaked havoc in for 17-odd years. The final whistle for this old-stager could still be a fair way off.