As have so many sports, netball is rallying its troops to support the ongoing bushfire appeal.

The result is an all-proceeds-to-charity pre-season game scheduled for Sunday, 1 March at Qudos Bank Arena in Sydney and broadcast on Channel 9, the likes of which has never been seen before.

And kudos to Qudos, Netball NSW, Netball Australia and all the individual and organisational stakeholders contributing resources on a pro bono basis to make this event happen.

Briony Akle – coach of the 2019 Suncorp Super Netball champions, the NSW Swifts – and Julie Fitzgerald – coach of the Giants – have taken on a unique challenge, and the eyes of the netball world will be upon them as they attempt to weld together an SSN All Stars team from a sublimely talented set of players who, for the most part, have never and would never play together at an international level, and take them up against the number one ranked team in the world – the Australian Diamonds – all in the space of a month.

The Diamonds have a continually evolving roster led by their long-term and incredibly well credentialled coach, Lisa Alexander. There isn’t any doubt whatsoever that the Diamonds that step onto the court on March 1 will truly be a world-class outfit and a worthy opponent for any international team in any forum.

One look at the SSN All Stars player list leaves no doubt that the All-Stars tag is well deserved. Packed with ten internationals at the top of their game and rounded out by the best of the best Australian players that aren’t in the current Diamonds line-up, Akle and Fitzgerald have a surfeit of riches to work with.

Akle, in particular, has form at welding. Catapulted at short notice into her first head coaching role as a consequence of the unexpected departure of Rob Wright from the Swifts in the latter part of the 2017 season, she spent the next 18 months quietly plying her trade, largely unheralded, welding together what was the youngest and most disparate team in SSN into a what is arguably the most formidable team in the competition today.

Having come sixth in the 2018 competition, the Swifts launched into 2019 as a force to be reckoned with, effectively sweeping all before them. Without the perennial netball bogey of injured players it is possible that they could have made it through the regular 2019 season undefeated.

As it was, they eventually emerged as the 2019 SSN champions, having taken down the incumbent champions, the Noeline Taurua-coached Sunshine Coast Lightning, in a decisive 64-47 grand final match that never looked like it was going to be anything other than a Swifts victory. 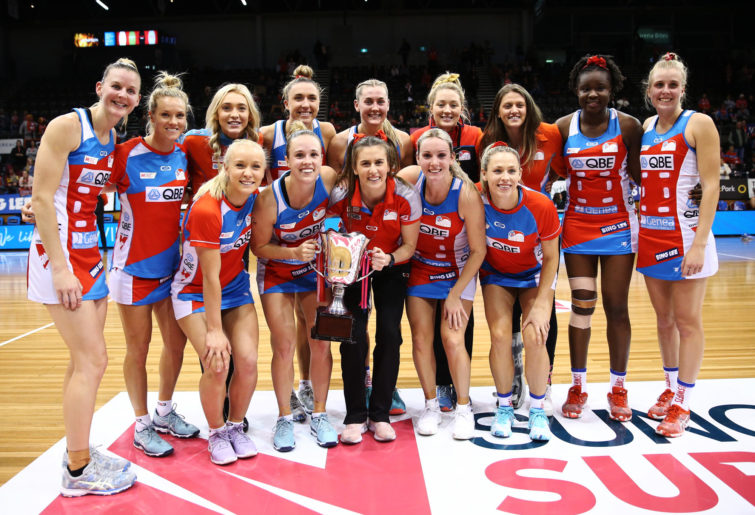 The basics of welding are to, where possible, start with sub-assemblies and add components rather than to try to stitch together lots of individual pieces. On that basis, Akle and Fitzgerald have a couple of sub-assembly versions to work with.

The first is the Swifts’ sub-assembly, consisting of Sam Wallace, Helen Housby and Natalie Haythornthwaite, effectively the core of the Swifts’ attack roster. They have a lot of experience playing together – and of being coached by Briony Akle.

The second is the English Roses sub-assembly. Housby, Haythornthwaite, the Giants’ Jo Harten are the core of the Roses’ attack roster, Collingwood Magpies defender Geva Mentor and the Adelaide Thunderbirds’ Chelsea Pitman (an ex-Diamond) represent more than half of the current English Roses team. They are well versed in playing with each other at the highest level and have deep knowledge of the team they will be up against.

The first and most obvious component to be welded on to any of these sub-assemblies is the woman who can lay fair claim to the title of GOAT centre, Kiwi Laura Langman. Supremely fit and adaptable, Langman’s ability to hit the ground running as an incredibly effective playmaker in whatever environment she is thrust into is undisputed and will no doubt be utilised heavily, and will be aided by the strong support of Vixens captain and ex-Diamond, Kate Moloney.

At the defensive end, South Africa’s Karla Pretorius is clearly the most obvious component to be welded on in the wing defence position. Pretorius didn’t win the 2019 Netball World Cup MVP award for nothing – she won it because she is arguably the best defender in the world today.

Adelaide Thunderbirds goalkeeper, Jamaican Shamera Sterling, was the 2019 net points leader by a mile, and together with Pretorius and Geva Mentor, they make for a very talented defence line-up. And this is before the talented local trio of Queensland Firebird Gabi Simpson (a Liz Ellis Diamond winner), Vixen Emily Mannix and the Giants’ Kristiana Manu’a are put into the mix.

It’s no easy task, but putting together a team that can take it to the Diamonds and win is entirely do-able with a such a talented roster.

Some have suggested that this event might be treated as an exhibition game that is more akin to a hit and giggle than a serious contest.

I don’t buy it. Every one of the players – on both team rosters – is a world-class professional athlete that has the desire to win deeply ingrained in their DNA. They live it, breath it and make huge personal sacrifices to be the very best they can be. 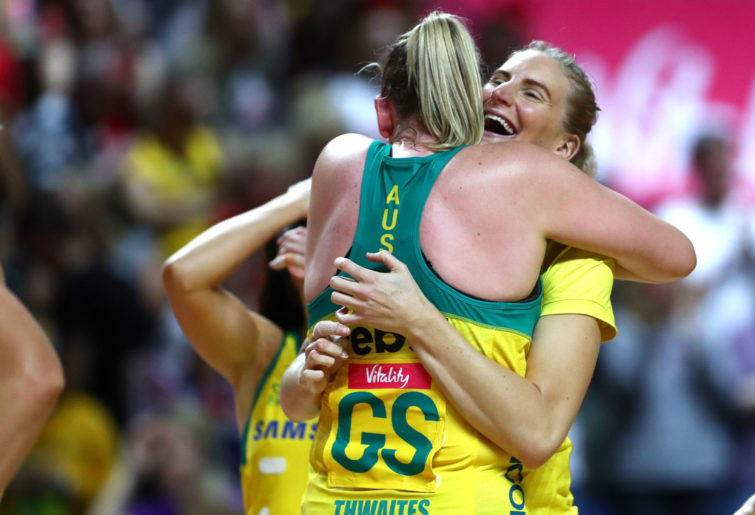 Regardless of the outcome of the game, the concept behind this event is brilliant and has the capacity to be taken far beyond its current one-off event status.

In the first instance, this game could become an annual charity event, an integral part of the SSN pre-season calendar and a great marketing platform for netball to engage with the broader community and expand the fan-base.

The timing for the promotion of this and any future events falls beautifully in the void left after the completion of the Australian BBL and tennis seasons, and coincides with the resumption of school and club-based netball competition.

Thinking beyond the concept of the annual, one-off charity event, the All Stars concept could be extended into a platform for a much greater engagement piece at an international level – perhaps something along the lines of the invitational Barbarians team concept in rugby union – although they might like to explore the possibilities of using a different name.

Perhaps they could use the Amazons (Greek mythology), or the Valkyries (Norse mythology)?

Netball, probably more than any other ball sport, has a huge potential for growth at a global level. This potential is being slowly realised as an increasing number of nations take up the sport and start fielding national teams on the international stage, but in reality it’s still at the scratching the surface stage of what is truly possible.

Backed by some decent marketing grunt, an international-level invitational team – with a fluid roster, touring regularly and incorporating local community engagement and training activities – has the potential to be a great contributor to driving the game forward and leveraging the latent potential for netball to develop and grow across the world.

So the first official stamp has been placed by Stacey Marinkovich as head coach of the Australian netball Diamonds team. The 2020-21 Diamonds squad…

This weekend the Australian summer will come to an end, and with that comes hope that there will be relief for large parts of…

New Zealand have ended Australia's dominance of the Netball World Cup by knocking off the Diamonds 52-51 in an absorbing final in Liverpool. Embarrassed…

So, you're keen to watch out Diamonds go after what would be an incredible twelfth Netball World Cup title - great! But the big…