The BBL season is now copping criticism for being too long and not long enough, with players calling for the introduction of a reserve day amid fears that Saturday’s final will be a washed-out fizzer.

The current forecast is for 30-50mm of rain in Sydney on Saturday, when Cricket Australia (CA) is staging the bushfire relief game and BBL final at the SCG.

A minimum of five overs per team is required to constitute a completed Twenty20 match.

The Sydney Sixers, having earned final hosting rights, will be awarded the title if there is no result.

Organisers pencil in an additional day in case of rain for the Indian Premier League plus one-day and T20 World Cups, but there is no reserve day for the BBL final and never has been.

“If you are going to play a two-month tournament, you’ve got every right as a fan to be disappointed should there be a rain out,” legend Matthew Hayden, who will play in Saturday’s curtain-raiser, told reporters in Brisbane.

“That (reserve day) should happen, no matter what I reckon.”

In this case it may have proven moot, up to 50mm of rain is also forecast for Sunday, but it is understood that discussions regarding the addition of a reserve day will form part of CA’s post-season debrief.

“I dare say that would have been a good option but I don’t get paid to make the big decisions at Cricket Australia,” Sixers spinner Nathan Lyon told AAP.

Sydney Thunder skipper Callum Ferguson and Stars tweaker Adam Zampa, who will square off at the MCG on Thursday to decide who faces the Sixers, were unequivocal.

“There needs to be a reserve day,” Ferguson declared. 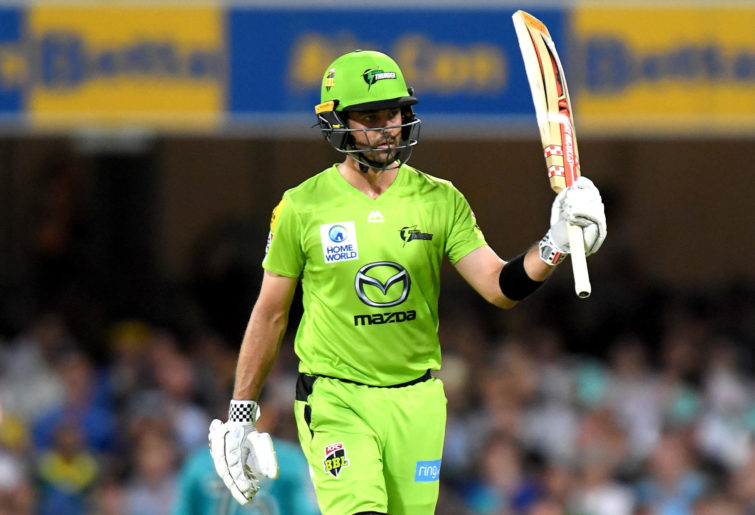 Zampa noted “with the length of the Big Bash, it’s a bit disappointing there isn’t a spare day or two”.

CA has little scheduling wiggle room after expanding the tournament to 59 games as part of a $1.2-billion TV broadcast rights deal that still has four years to run.

Some, like Hayden, argue the competition should finish at the end of school holidays but that would result in a far more congested season in which players repeatedly criss-cross the country with little respite.

“It does tend to lose a bit of interest when we come out of our Christmas slumber, to finish when a majority of people are still going to watch would be a good change,” Hayden said.

Stars skipper Glenn Maxwell suggested it would be ideal if every team played ten regular-season games, rather than 14.

However, that isn’t possible under the current TV contract.

“I just think 14 games is just a little bit much. It just makes for a very long tournament… (ten games) was the perfect amount,” Maxwell told radio station SEN.