Losing a broadcast partner of 25 years, one which contributes significantly to the Rugby Australia coffers, is hardly an ideal development.

There’s room for scepticism, of course. That it came from the Telegraph, part of the same News Corp beast as Foxtel, on the same day the Sydney Morning Herald published details of a battle in the larger broadcasting war over Shute Shield rights – an article including a mention of Optus’s interest in Super Rugby rights – demands a healthy helping of cynicism.

It’s worth noting, too, that the Herald reported last night that Rugby AU hadn’t been notified of Fox’s decision to exit the Super Rugby negotiations.

Less worth noting is Fox Sports head Peter Campbell’s response to the reports this morning, the tried and true “We never comment on commercial negotiations or speculation about broadcast rights”.

For all that, there’s been enough concerning goings-on to suggest this might be a little more than just a familiar negotiation tactic.

Foxtel is haemorrhaging money – it lost $417 million in 2018 – and signalled a shift away from “non-marquee” sports last year. Super Rugby and the A-League were always the two most likely losers from those developments. It just so happens that rugby’s deal is up for negotiation first.

Just as worrying for rugby fans was Fox Sports’ decision to cut well-respected host Nick McArdle and former Wallaby Drew Mitchell from their coverage barely a week before Round 1. Their weekly rugby show went out the window, too. 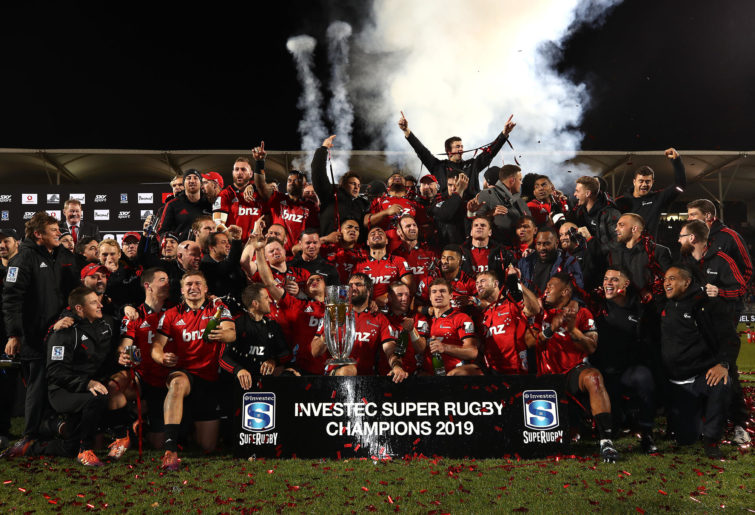 For all the quality of the on-field product, Super Rugby isn’t that attractive a product for broadcasters. (Photo by Phil Walter/Getty Images)

Put those developments onto the same page as a round of Super Rugby which saw a drop in TV viewership compared to its 2019 equivalent – however nonsensical comparing a single round, with all the inconsistencies around venues and kick-off times, is – and there’s more than enough to suggest Foxtel could be genuinely willing to call time on broadcasting the competition for the first time in its history.

So where on our televisions (or streaming platforms) could this leave rugby in the future?

Foxtel still remains a distinct possibility. Who’s to say this isn’t a ploy to diminish the value of these rights, thereby opening up the chance for a successful last-minute bid to secure them at a more palatable price?

That the organisation is making a play for Shute Shield indicates they don’t want to exit rugby union completely, although there is something a little bemusing about looking to a local competition which currently pays to be on free-to-air TV as a solution to retain subscribers who are primarily interested in that sport.

Let’s not just jump to the assumption that more of the same would be the best-case scenario for Rugby Australia, either. Rugby desperately needs more exposure, and are in the unenviable position right now of having to balance the need for a healthy cash injection with the equal, if not greater, one of getting more eyeballs on the sport.

The caveat there is no free-to-air channel has ever been interested in broadcasting all Australian Super Rugby games live. That won’t change anytime soon, but a hybrid deal – part subscription-based, part free-to-air – is being eyed off by Rugby AU CEO Raelene Castle.

“Whilst we have had a great relationship with Fox and they’ve done great things for Super Rugby, there’s no doubt the combination that’s proven to be successful in an NRL/AFL combination is where you have some free-to-air access and some behind the paywall access,” Castle said two weeks ago.

“That’s something we think will help us grow the numbers and grow the brand. And those are the things we are looking for.” 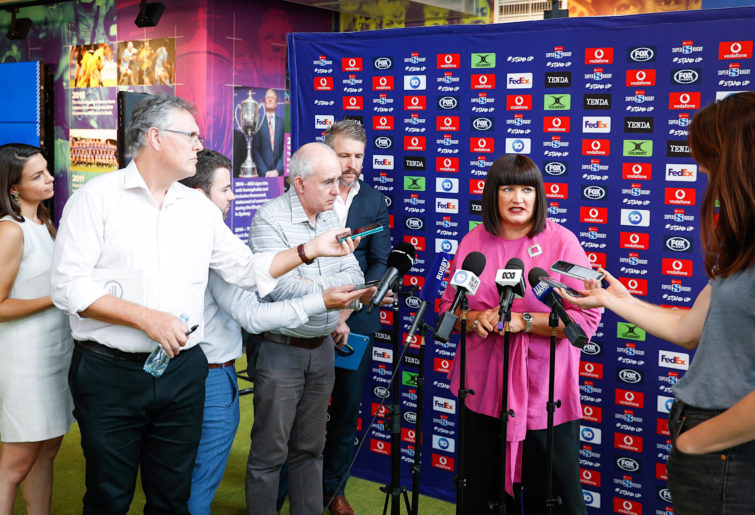 Optus looms as the likely alternative to Fox, should the rights move on. When it was reported last November that Foxtel had withdrawn their offer to continue their rugby partnership in a deal believed to be worth around $20 million per year, it was also noted Optus were interested in securing the same rights for around $30 million a year.

If their football offering is anything to go by, Optus would do a fine job in terms of the quality of their coverage. The issue would remain around how much exposure they can offer rugby.

It’s been suggested the A-League could well move to the telco once its current broadcast deal is up. Far from the worst move, given its large existing subscriber base is focused solely on football, and would consolidate most of the sport’s major offerings – English Premier League, A-League, UEFA Champions League and the World Cup – in the one place.

That’s an easy sell to fans: one subscription is all you need to follow all your favourite competitions.

Without that existing sport-specific subscriber base, and with anti-siphoning legislation keeping the most notable Wallabies matches on free-to-air TV, Optus provides a rockier path for rugby, albeit one which should flatten out over the course of a five-year arrangement. 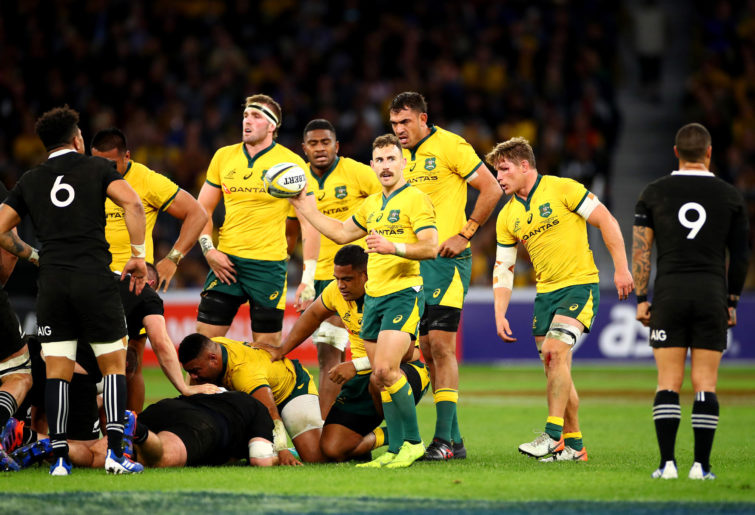 Should the rights go to them, the sport would probably suffer from a further lack of exposure in the short-term although, on the flipside of that coin, it would be both in rugby and Optus’s best interests for the new broadcaster to heavily promote the game to a fresh audience. Such a change could well be reinvigorating, perhaps not immediately, but in the medium-to-long term.

An ideal scenario for the sport is what Rugby AU seems to have in mind: Wallabies games, Super Rugby and club rugby packaged up together and sold to a free-to-air/paywalled duo.

But it’s a fool’s errand to predict exactly what’s going to happen. Cricket Australia’s last TV negotiations, which culminated in a largely unexpected announcement that the sport would undergo a seismic shift in broadcasters, are proof of the folly in that.

So while there’s a bit more evidence pointing to Foxtel exiting rugby than in the past, let’s hold off on calling their departure a formality just yet.

Have a read of former Wallaby captain George Gregan’s thoughts on the new Super Rugby season thanks to our friends over at AthletesVoice.